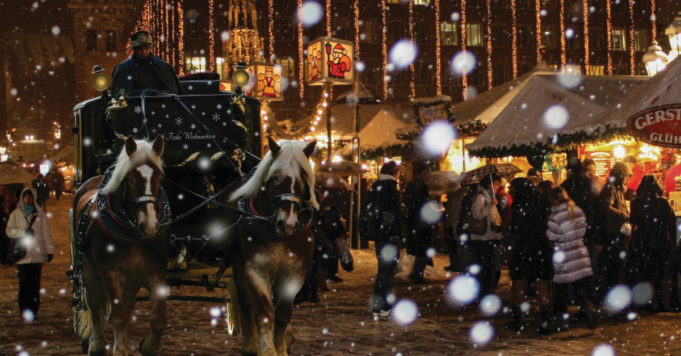 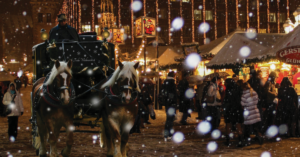 While Hyde Park’s Winter Wonderland is the most popular Christmas market in the UK, York Christmas market also tops the list. The magical Christmas atmosphere is accentuated by the Victorian stalls selling local produce as well as the traditional season’s specials. Besides the Christmas magic, York is a charming historical city that lies only 2 hours outside of London. Its history goes back to Roman times as it was founded by the Romans in 71 AD. In the Middles Ages, it became a major wool trading centre and the boost in wealth translated in its rich architecture, namely the York Minster – the city’s cathedral and one of the largest Gothic cathedrals in Northern Europe. The Yorkshire Museum that brings together the layers of this city’s history exhibiting Roman, Viking and Medieval artefacts, is a must see. 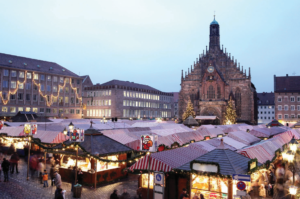 Since Christmas markets started in Germany, we had to include a German city in our list. Nuremberg is an old town that stands with long history that is tangible in its charming streets and medieval castles and cathedrals.  Every year, the town’s Christmas market is set in the charming Main Square and retains a tradition that goes back to at least 1628. Most of the wares sold are handmade or manufactured locally and even the 180 stalls are still made of regional spruce, some of which are from the 1890s. The gingerbread (lebkunchen) was invented in the region in the 13th century and Nuremberg became the most famous exporter of the Nurnberger Lebukuchen, not to mention its world renowned sausages, the “Original Nuremberger” and its signature prune man and Christkind tradition. Head to the 14th century Gothic Church of Our Lady and enjoy a spectacular view of the market that appears like a fairytale that visits the city every year.

When you are there, visit Hauptmarkt (Central Square) which hosts the exquisite gilded fountain Schoner Brunnen and the Kaiserburg Castle. If you have more time to explore, well – this city has more than 30 museums! 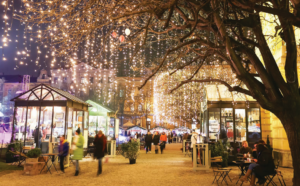 Croatia is progressively becoming a touristic destination attracting visitors from all over the world. With its long strip on the Adriatic, its Pannonian plains in the north and its central mountain belt; Croatia offers visitors an outstanding nature. With the wake of attention to new travel destinations like Croatia, Christmas became a season to visit and the Zagrab Christmas market is slowly making its way to the top list of Christmas markets in Europe.  Ban Josip Jelačić Square – the huge main square sparkles brightly with music and concerts on an open air stage, food marquees and children’s activities.  There’s a huge Christmas tree, the fountain is transformed into a light display and there is a cosy, heated, covered conservatory serving food and drinks. 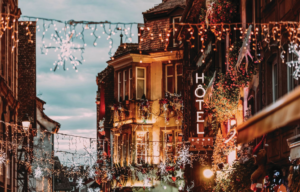 Strasbourg offers the oldest and most visited “Marché de Noël” in France, dating back to the 16th century. The charm of this spectacular Christmas market with its 300 stalls – which makes it one of the largest markets in Europe – is accentuated by the medieval setting of the town and the Place de la Cathédrale (the Gothic cathedral in the middle of market). It may be one of the best Christmas markets in Europe but the historical city offers more than the Christmas cheers to its visitors. Top sightings in Strasbourg include the Cathedrale Notre Dame, the Palais Rohan, the Grand Ile and the museum de L’OEuvre Notre Dame.