July was not a good time to be an Egyptian footballer.

Standards had changed heavily for the Egyptian public. We decided we were not going to settle for mistreatment and a team made up of sexual harassment supporters.

Salah had previously made several statements about supporting women’s rights, so it came as a shock when he stood in solidarity with Warda, using his Twitter platform to gain sympathy for his teammate.

The public took a firm stance against this behavior and Salah’s quick descent into infamy began. Now, though, Salah decided to speak up to clear his name.

So, CNN Accused Salah of Hypocrisy

In a recently released clip of a recent interview, CNN asks Salah about his infamous tweets that, to the public, clearly supported Warda. 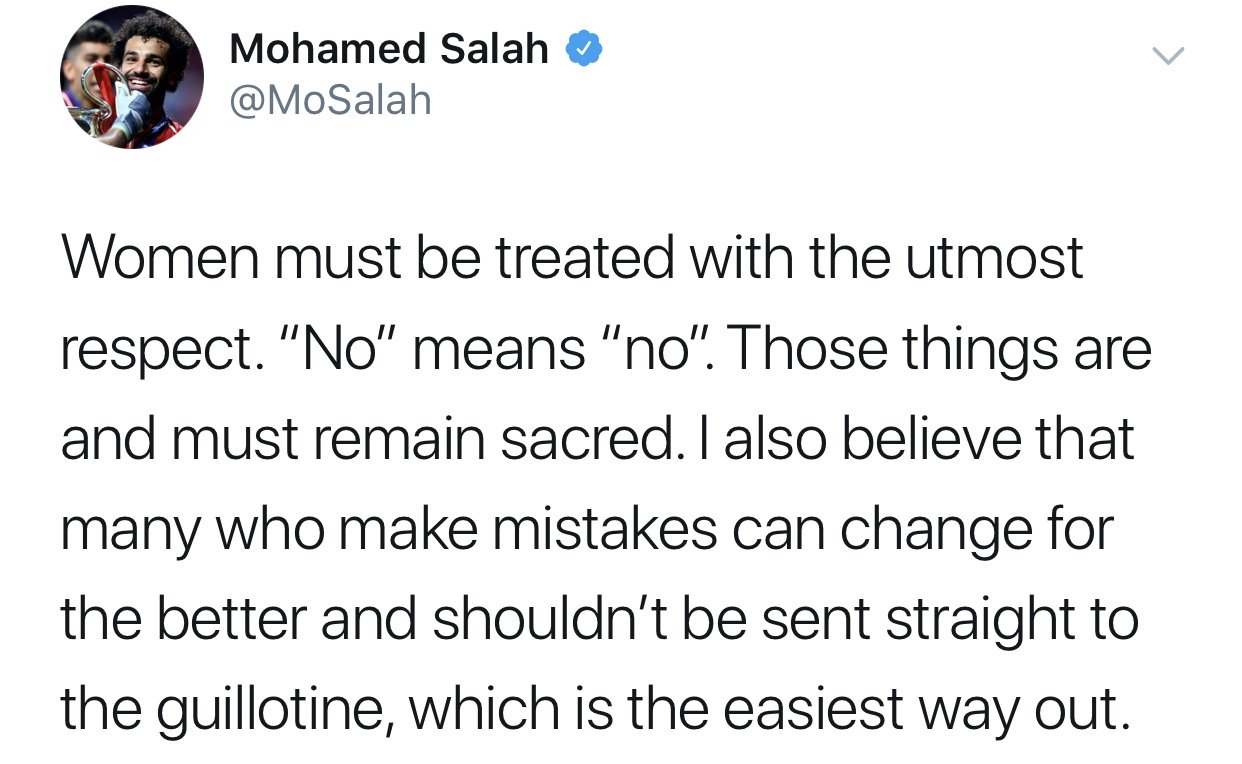 Since he mentioned being a staunch supporter for women when he was named in Time’s List of the 100 Most Influential People, we can see how his stance was seen as hypocritical.

To that, the footballer simply said that the public misunderstood his intent.

He wasn’t supporting Warda. He was merely explaining the situation and asking for a chance to get his fellow teammate rehabilitated because that’s what Warda needed after these repetitive harassment incidents.

Salah goes on to say that he had no power to instigate Warda’s return to the team. He was not the team’s captain or the coach or anything other than a player on the team.

“In my opinion“, Salah says in the clip. “The woman has the right to talk about anything she doesn’t like.”

What Should We Make Of This?

Naturally, this interview changes things. Before, no one was all that happy with Mohamed Salah, considering that he was allegedly part of the reason Warda returned to the team.

Now, this interview is here to explain everything, removing all that disappointment from our perception of an icon. Should it, though?

This interview takes place more than a month after the Warda scandal and Egypt’s AFCON exit.

If there was any better time to talk to the public and explain things, it would have been somewhere around that time frame, logically speaking.

For the people, this raises giant flags over the hidden purposes behind these interviews. This time, they’re not keeping their mouths shut about it.

While a lot took to display their refreshed disappointment in Salah, others took to their platforms to support him as well. Many of these tweets cited blind public hatred for anyone who makes something of themselves out of Egypt.

As we look back to the footballer’s tweets and to his interview now, we cannot help but feel, well, confused.

If Salah was misunderstood, then why not explain everything on a greater scale when the backlash came for him? Why explain it now? Will this somehow turn into a deliberately planned PR move?

We may not have the answers for these questions now, but what we have is our own judgments.