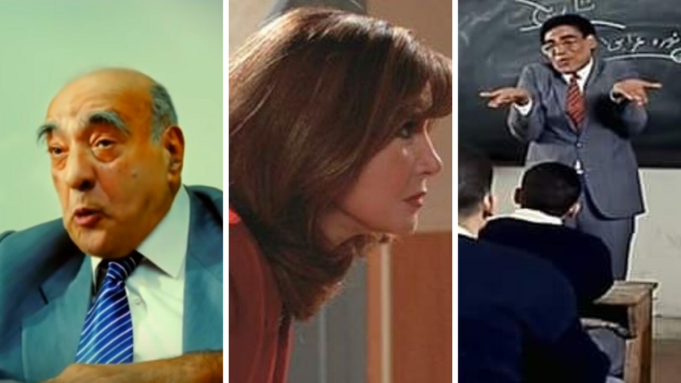 For any freshman, the start of a new school year is usually full of hopes and endless alarms. It’s also tinged with a slight worry because of the new environment and the odd tales about the professors they’ll meet.

Are they right to worry about the professors, though? Well, we’ve asked a few people about their worst encounters to quell the curiosity.

It’d been an unassuming first day of college when then-junior Ahmed M. was on his way to class. He’d not really thought anything about it much, having been going to college for two years already.

“I took my seat and I waited for class to begin,” Ahmed said. “And the professor introduced herself. I was kicked out five minutes later.”

So, what was the problem here? Well…

“That professor has one of those two-part names,” the guy tells us. “The first is, literally, The Princess. With the ‘The’.”

He continues. “I thought she was making a joke but it turned out the joke was on me. She thought I was making fun of her and kicked me out.”

It’s no secret that college professors have favorites. Usually, the favorite-picking process has a lot to do with who takes notes and who laughs the most at every joke. One professor, though, outdid them all.

“This girl and I had the exact same answers to the same test,” Mohamed says. “But she got a full grade and I got a seven out of twenty.”

When asked why, the tired student shrugged. “He said I had bad handwriting.”

Mayar M.’s horror story isn’t very different from regular college drama. At least, it wouldn’t have been if her professor didn’t want to play mind games.

“At the start of the year, our professor was cool,” she begins. “He said the attendance wouldn’t be that focused on and that he’d take it at the end of the class.”

Naturally, hearing this, Mayar’s entire class of sophomores skipped most of the class and passed by to scrawl their names on the attendance sheet.

Normal student behavior so far. Their professor, though, wasn’t having it.

“He started to randomly take the attendance at the beginning of the class,” Mayar says. “As in, exactly 9:30 when class began even though we had another class before and it always took a few extra minutes.”

The story gets weirder. See, Mayar’s professor saw that the students were now only attending the beginning of the lectures before dipping out after attendance was taken.

Even though accidents happen and almost every person on the planet is aware of that, sometimes your professors might have reason to doubt you.

“I came with my arm in a cast,” Samar S. tells us. “And I couldn’t even move it and everyone knew that. The professor handed us a quiz, though, and expected me to answer it.”

She continues. “And she didn’t believe me when I said I couldn’t write because it was my left hand in the cast. As if, you know, left-handed people don’t exist.”

You Can Repeat The Year Because You Were Sick

Shaden A.’s story is a little different here. She’d been sick for most of a semester in college and though all her professors were understanding, only one stood the other way.

“He’s known as the though professor,” she says. “And I think he knows that so he tries many ways to ruin our lives.”

Not holding back, Shaden tells us her story. “He failed me because of my attendance. He said I didn’t attend much so I wouldn’t be able to take the final exam.”

The worst part? “He knew I was sick then,” she says. “I even showed him my medical reports, but nothing.”

“My Dad Couldn’t Graduate Until His Professor Died”

All of the previous professors may have exaggerated things a notch or two, but this story definitely takes the cake.

Even though all the students mentioned above had managed to graduate or pass the year, this one didn’t. Not because he didn’t want to, but because he couldn’t.

“My dad had this professor,” Esraa E. tells us. “And he had an interesting argument with him one day, but the bad part is that the argument escalated way too fast.”

So how bad can one argument really get?

“The professor never let him pass that class,” Esraa says. “My dad only graduated when his old professor died and left office.”

“Our Professor Took Videos of Us As We Failed”

No environment is more potent for college professor stories than during exams, where they usually find ways to shine.

“This exam we had was the kind where we diagnose diseases through an X-ray,” Hager A. says. “But the problem is that we cannot do that for everything because sometimes you need more to back your guesses and we didn’t have that.”

While the student body was slowly accepting the imminent idea of failure, their professor was having an altogether different reaction.

“I don’t like him,” Hager confesses. “Because he’s the kind that pretends he’s friends with his students when he isn’t, really.”

She continues. “And he was clear about not being our friend that day. He was recording us on his phone with an insane smile on his face. Meanwhile, we were all clearly miserable.”

Despite Everything, Don’t Let These Stories Discourage You

While we can’t guarantee everyone the college experience of their dreams, we can guarantee there’s no bad without the good.

You might run into a bad professor or two, but you’ll also run into decent people and you’ll make some fun memories even if they seem unconventional on the long run.

Our advice right now is to relax and avoid signing up for the bad crowd, if you can help it. If you can’t, just stay on the sidelines.