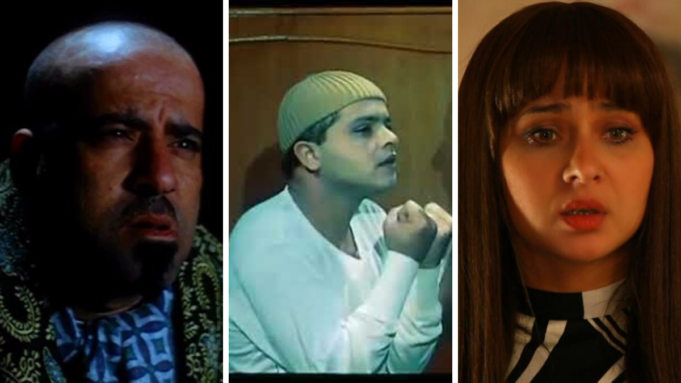 If you’ve ever seen any Egyptian production, you’ve probably had this thought at least once: “wow, maybe these two characters should not be dating”. And, well, knowing our history with romance, you’d have a point.

But, here’s a thought you’ve probably never had. Have you ever watched an Egyptian movie or TV show and thought “this character would go great with that character from that other thing”?

If you have, let’s just tell you this. You’re not alone in that because we’ve had some thoughts ourselves and we’re sharing them with you!

As people who have seen both Bent Esmaha Ya Zat and El-Bab El-Maftouh, we already know more about these characters than we can hope for. We know that Zat, although idealistic and thoughtful at first, grows discouraged by a society that doesn’t appreciate questioning and thinking out of the box.

We also see Hussein from El-Bab El-Maftouh, who goes out of his way to show a girl he loves that she needs to think for herself and that she needs to be her own person. And, honestly, we think if Zat had someone like that in her life (and despite her crush, Aziz was not that), she would have been a different person.

Okay, so before you say anything, let us explain. Khalaf and Dalia both have a lot in common, which is an endless dedication and misplaced devotion to the person they love.

And once they get to know each other, we know we’re just going to see a lot of interesting shenanigans as both people try to showcase the love they want to give and receive.

Reading this, you probably think we’re joking and, sure, we kind of are but at the same time, we’re really not joking. Some people want to watch the world burn and that won’t happen as hilariously as it would if Soraya and El-Armouty became a thing.

Can you say chaos? Just imagine the memes.

A match made in fictional Egyptian academia heaven, right? We’re honestly for this pairing because as similar both Dr. Nawal and Dr. Ra’fat are, we can see they have a lot in common and might actually drive each other to be better.

Another thing we’d like to see is their 3alam 3eyal x 3eyal household after they both get going with life with their six children, in total.

In retrospect, maybe we should say that Hanan from 7arameya fi Thailand would be better off with anyone who’s not the same man who lied and took off with her to Thailand. Now that that’s out of the way, let’s just say Hanan with Atef from El-Nazer would hit differently.

Both people are just balls of pure positivity and a million little quirks, we just can’t help but wonder how bubbly and chill their relationship would be.

A bubbly girl who’s tough as nails and ends up with Mohamed Sa’ad in a Mohamed Sa’ad movie is more likely than you think but here’s the thing — Nossa should have ended up with someone better than El-Lemby, despite their iconic love story.

And here’s where another Mohamed-Sa’ad-character in a shining armor emerges in Booha, who although neurotic and seriously weird is still devoted and even something of a romantic at heart.

What other characters do you think would have meshed well together?