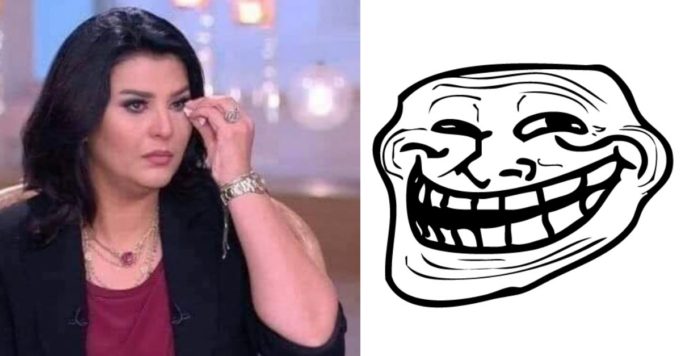 Memes became a major part of millennial culture; how many times have you had a full conversation with your friends using just memes? It truly has become a full language all on its own. But did you ever stop and think how it originated or how it became a main mean of communication?

This year, we had a meme for every occasion – the good and bad. While memes were widely used all over the world, thanks to the likes and popularity of social platforms like Reddit and 4chan, only this year have they become oh-so-popular in the mainstream Egyptian culture.

First things first, what really is a meme?

By definition, a meme is an activity, concept, catchphrase, or piece of media that spreads, often as mimicry or for humorous purposes, from person to person via the Internet.

Realistically, a meme is a forcefully spread idea on the internet that challenges others to either follow it or outdo it. The question remains, how did memes manage to take over our lives? A little meme history lesson; you might have thought that the concept of a meme had originated by some teenager on the internet, but it is far from that. The term meme comes from the Greek word “mimema,” meaning, “imitated.” It was first introduced in 1976 by British evolutionary biologist Richard Dawkins in his work ‘The Selfish Gene’.

Dawkins used the term “meme” in the scientific hypothesis about the evolution of human culture; perceiving memes as the cultural parallel to biological genes. He stated that memes are similar to “selfish” genes, as they both are in control of their own reproduction and thus serving their own ends.

Dawkins wrote, “Memes propagate themselves in the meme pool by leaping from brain to brain via a process which, in the broad sense, can be called imitation.”

In his book, Dawkins explained that genes and memes carry information, replicated, and transmitted from one person to another, and they have the ability to evolve, mutating at random, and undergoing natural selection, with or without impacts on human fitness.

When did memes start evolving?

Cultural change and idea theory are not something quantifiable, and it is near impossible to predict what will happen next. Dawkins himself did not predict that the idea of memes will take off as much as he predicted, making the idea of memes by itself somewhat of a meme.

In 1976, in the first edition of ‘The Selfish Gene’, Dawkins wrote, “The computers in which memes live are human brains.” In 1989, when he released the second edition of ‘The Selfish Gene’, Dawkins began programing himself, and he had to amend his book by adding: “It was obviously predictable that manufactured electronic computers, too, would eventually play host to self-replicating patterns of information.” Information was passing from one computer to another “when their owners pass floppy discs around”.

Now the main difference between genetics and memes is that genetics are physical and uncontrollable, yet memes are the product of ideas that are specific to each person, right? This might be up for debate.

The “idea theory” is not set-in-stone; they are theories and will always remain theories. Biologist Jacques Monod wrote about the “memes ideology” and said, “Ideas have retained some of the properties of organisms. Like them, they tend to perpetuate their structure and to breed; they too can fuse, recombine, segregate their content; indeed they too can evolve, and in this evolution selection must surely play an important role.”

Does that mean memes are bad?

Just like everything it has its pros and cons. Memes will always remain a source of self-expression and humour, while still being able to express beliefs and statements through them.

Here is the catch, the said beliefs and statements do not necessarily have to be good ones.

Extremists have jumped on the meme wagon themselves – from ISIS to white supremacists. They do share their ideologies through light and humorous memes, making it easier for them to reach a broader audience without being too obvious about it.

Funnily enough, in July of this year European Parliament’s Committee on Legal Affairs voted to make memes illegal. This was, and still is, very interesting to witness; given that there is, almost no way they can manage doing that.

They stated that their motive, however, is copyrights issues, rather than being in control of the ideas spread online.

Where does Egypt stand in all this?

Oh boy, where do we begin? Egyptians’ use of memes is rather interesting.  What’s interesting is the fact that Egyptians are followers, and the meme wagon is a follow you can’t miss.

Egypt is one of the few countries where celebrities are being adamant about the use of memes. Take Fathy Abd El Wahad for instance; the man went from being a supporting actor that most won’t remember, to top actor through memes. It started when he, himself, became a meme, and he had a good sense of humor about it and went on with it. Mohamed Henaidy did the same thing as well.

On the other hand, memes were used to push political agendas as well, with numerous Facebook pages being taken off Facebook, and even some interrogated by the authorities for a meme they created.

Where will memes go next?

You have to wait and find out, but we have a very interesting quote by Dawkins to conclude.

“What lies at the heart of every living thing is not a fire, not warm breath, not a ‘spark of life.’ It is information, words, instructions… If you want to understand life, don’t think about vibrant, throbbing gels and oozes, think about information technology.”  Richard Dawkins