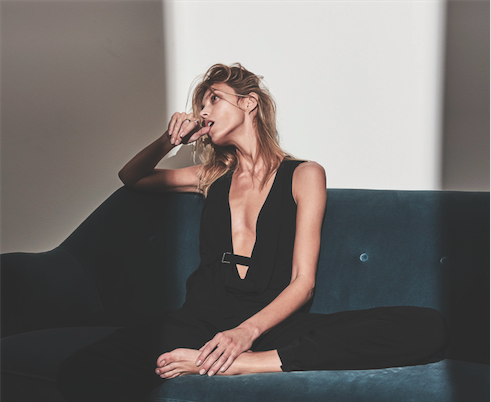 Here he was sitting right next to me in an outdoor cafe on a chilly London night. His face was illumined by the heater that burned right above him. He was handsome, young, with glistening eyes and a charming smile – and he smiled a lot. Nothing about his looks or demeanour suggested blood, in any way.

An ordinary conversation evolved into a deeper one. Ideas exchanged and questions were asked. He had worked for the police forces. Yes – he has mentioned that at the beginning of our meeting. And suddenly it slipped out of me. Did you ever have to kill?

One of the first missions I was assigned to was to arrest a suspect in a terrorist attack. Attempting to flee, he dashed through the desert as I chased after him with my regiment. But he suddenly disappeared. You don’t vanish in an open desert. As we stood bewildered and looking around, we suddenly heard gunshots from a distance. One of my guards fell to the ground as more gunshots were fired in our direction. Instantly and with outmost precision I fired back at the moving figure. I hit him and he dropped – dead. I did not have a choice… ‘I did not have a choice’ he repeated.

I lost my sleep and appetite completely for a week as the events of that day replayed in my mind over and over. I rethought and reevaluated the situation countless times – it could have not ended otherwise. Colleagues came and talked me out of my depressive state. Reminded me of those who lost their lives because of radicals like that man I just killed.

Not a moral judgment, just my thought: The man came to represent an idea and the death of an idea is much more digestible to the mind than the death of a person.

Killing as a group

The following two times he killed, death did not have a face. These were confrontations between our forces and a group of terrorists. We don’t know who fired first. But there was an exchange of fire and human causalities were inevitable.

My thoughts: A group conscience is probably more immune to the pain of a lost life. A group represents an ideology and an ideology is oblivious of the individual.

Leaving home for work one day, I stumbled upon two guys rushing in a motorcycle as one of them snatched a bag from a passing lady throwing her violently to the ground. I drove after them and hit their vehicle with mine – as they both fell, one got up and swiftly ran away. The other slowly got up and reached for a pistol that he pointed in my direction and fired. I reached for mine as quickly as possible and shot at his leg hoping to tip him off balance and to the ground – to arrest him. The bullet went right into his thigh rupturing his femoral artery, blood burst out and he died almost instantly.

As the stories unravelled with their intricate details, my mind numbed to the horror of killing – to the idea of a lost life. I numbed just like he numbed to it bit by bit. The first killing took its toll on him mentally and physically, the second less and less so.

“It chipped away a bit of the person you are; and that’s why it affected you less and less every time. This is scary,” I finally said breaking the silence.

In his mind there were good reasons, a ‘higher cause’ as he put it. As for me, there was nothing easier than to sit back and morally judge his actions. But I was suddenly overwhelmed by a feeling that that would be extremely unfair. If I did not enjoy a sense of security – one way or another – I would not possess the luxury of thought and contemplation. There are parts of life that are gruesome and someone has to deal with them after all! Hence, I decided to share his experiences and my thoughts free of a moral judgment – hopefully.

I faced death right in the face. I had to kill to defend myself and others, and I had to witness the death of colleagues with whom I shared meals, jokes and dreams of the future. And in a strange way it made me appreciate life – being alive – more.

“A thousand times we die in one life. We crumble, break, tear apart until the layers of illusion are burned away and all that is left, is the truth of who and what we really are” Teal Scott

Death may be the only truth in our lives, but when it touches us so closely, we inevitably change. Some people face situations where they must put their lives on the line, whether for duty or belief, but along the risk of losing their lives, and the innate urge to defend it – they lose pieces of themselves along the way. What fascinates me most about my friend’s experiences is how the mind works itself through the distress of taking a life.

The ‘mind’ is an interesting tool in devising reasons for what we want or have to do. While rationalism is much defended in this age, I could never solely trust a rational process. As young children we are fully reliant on our feelings to know, but as we grow and are socially conditioned, we learn to suppress our emotional intelligence. We learn fear. And fear disables both mind and heart, blurs our outlook and potentially enables us to hurt ourselves and others. Terrorism is the by-product of fear – but so are the means to ward it off.

As we go on in life, life leaves its scars on us; and the scars should teach us and liberate us from fear and limiting patterns of living, enabling us to live fully as mind, heart and soul- all in balance. It is an individual journey that does not complete without going inwards.

Our journeys are different and some are rockier than others. Having to repeatedly face life or death situations and make choices accordingly, is not a path that everyone will walk. My friend did what he had to do at the time- but the choices inevitably left their scars on him. If he is content at heart with his choices I know he would continue to heal and evolve – for as much as he rationally justifies his motives, he still needs to reconcile his actions to his emotions. True self-nurtured emotions remain the more dynamic part of our human experience and inevitable to our learning journeys. May we all continue to learn.