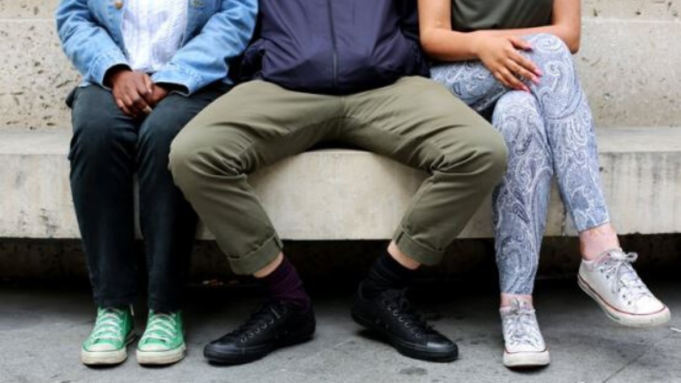 Public transportation has never been anyone’s cup of tea. It’s not fun, we all know this. On the contrary, it’s actually quite tedious. The commute is usually long, it’s too crowded, and more often than not, the seats aren’t comfortable.

If you’re a woman, though, the discomfort here compounds. If you happened to have been sitting next to a man on any form of public transportation, you’ll know that men, apparently, love to spread their legs as far as humanly possible.

That’s the definition of manspreading, by the way. The act of men sitting in public transport with legs wide apart. And yes, even though it seems harmless in nature, it really isn’t.

See, public transportation is already a nightmare on its own. Other than the commute and the crowds, women also have to worry about harassment and other fun stuff until they get to a safe spot: their seat.

And then manspreading comes in and turns that one spot into an amalgam of discomfort and we’ll explain why. The best case scenario here is that manspreading takes more than one seat and makes sitting next to the manspreader near impossible.

Worse cases, though, mean that manspreading may not necessarily take your seat in its entirety but it will take enough of your seat to cause you shrink indefinitely and be uncomfortable for the rest of the trip.

If you’re reading this and you’re not entirely convinced, we already know the argument you may be thinking of. It might be something along the lines of “well, men need to sit like that”.

A lot of people have defended manspreading because according to “biological” necessity, men need to sit with their legs widespread. It’s just science, apparently, because it’s not like women have biological needs too. Note the sarcasm.

So, let’s put it plainly. Even with men’s biological needs, there is a certain length at which spreading your legs crosses from ‘okay’ to ‘total breach of privacy’. Considering the presence of other people and public discomfort isn’t limited to any particular gender; it’s just public etiquette.

You may think that solving manspreading is easy in hindsight and in some cases, that’s true.

All we have to do is muster up enough courage to tell the other person to move it. Just in case they don’t feel the need to move their legs or spring up the old biological problem, we think we’ve taken a step forward by actually acknowledging that the issue exists and shouldn’t be looked at as something innocently normal.

Some things can stay in the past where they belong.