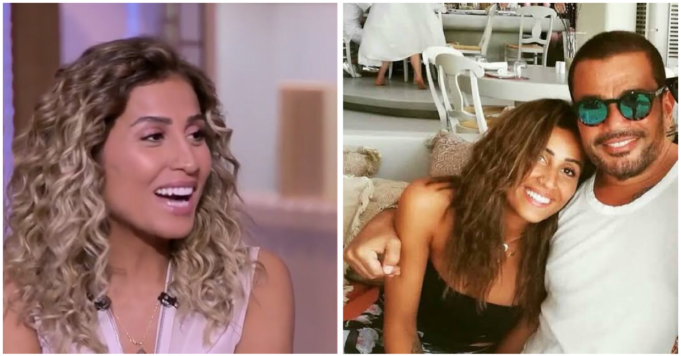 For the first time ever, Dina El-Sherbiny finally breaks her silence and speaks out about her relationship with El-Hadaba, Amr Diab.

On Sunday, June 9th, the cast of “Zay El-Shams” were Amr Adib’s guests on his show “El-Hekaya”. They were mainly there to discuss their recent Ramadan series and everything old and new with it.

But of course, Adib couldn’t miss the chance to ask El-Sherbiny about her relationship with Amr Diab. And there was no better – and more subtle – way to do it other than making it seem like he was asking about his opinion on the series.

And just as we thought the actress will dodge off the question like she usually does, what happens next is quite the opposite!

After blushing and a giving a shy smile, El-Sherbiny actually starts fully talking about Diab in the cutest way possible!

It has almost been two years since the couple made headlines and initiated propaganda everywhere.

From the ‘Borg El-7out’ song, her pictures with his children to attending the Russia 2018 World Cup together and more; people had nothing to talk about at the time other than the pair. 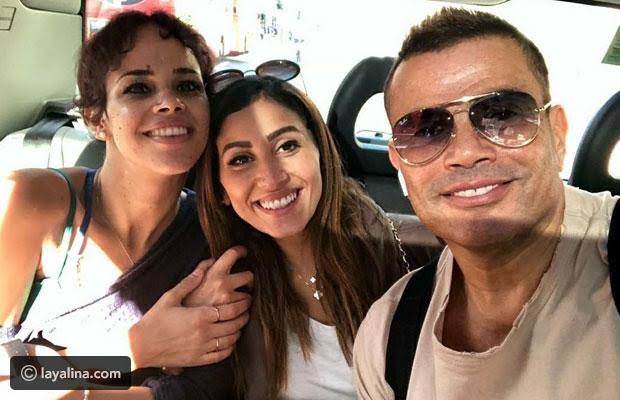 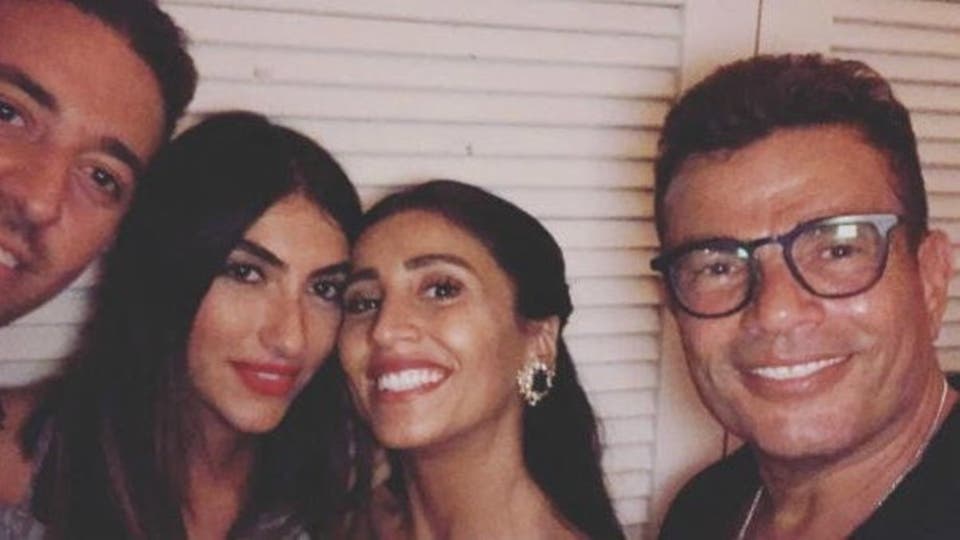 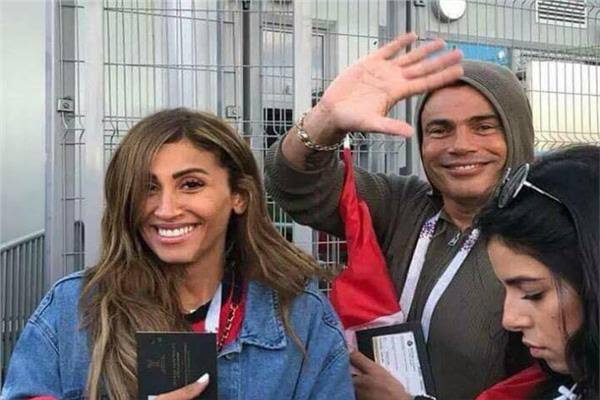 However while speculations were flying around, there was still no solid confirmation to prove the whole thing.

And apart from the Vodafone ad, the resurfaced pictures and people’s theories, El-Hadaba only half confirmed the theories when he brought El-Sherbiny to the stage and sang for her, in front of everyone. 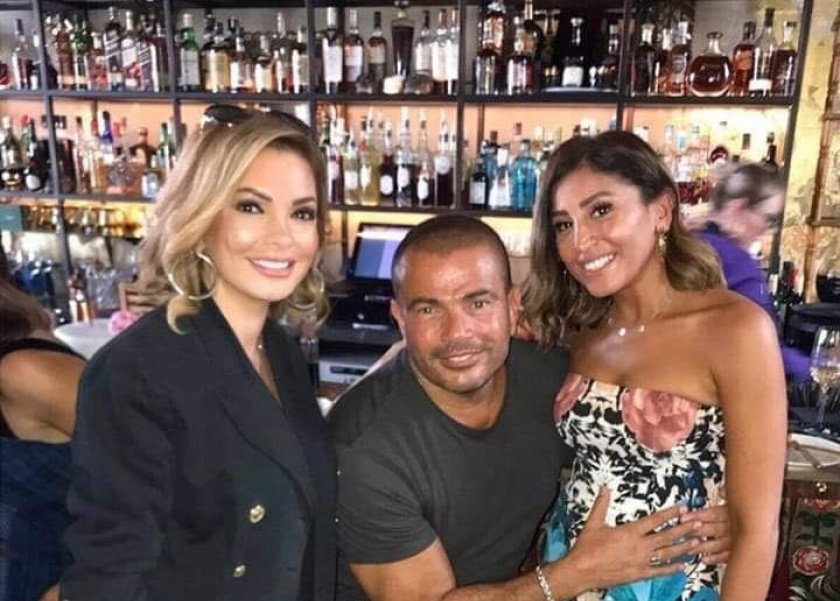 It’s also worth mentioning that this occurred after the actress had been severely bullied all over social media during the 2018 Gouna Film Festival. And it definitely says a lot! 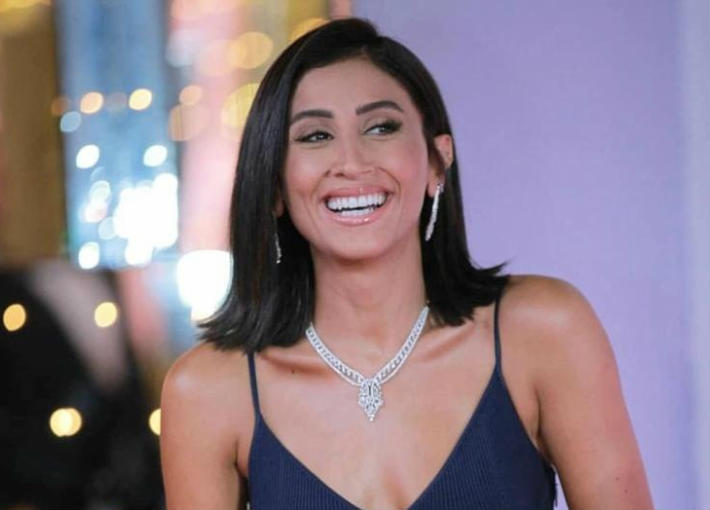 Even though they haven’t officially announced things, every situation related to the couple so far had already proved how loving Diab actually is.

What affirmed this a bit more is what she recently said about him to Adib. It seemed that she finally got the approval to publicly speak about him, so she went on:

The first words El-Sherbiny uttered was how supportive he was of her in “Zay El-Shams”. She mentioned how much he loves the series itself!

The cast even joked and said that he’s actually more happy with it than they are. Most importantly, the actress stressed that he had always been so supportive of her, in both her personal and professional life.

She even mentioned how proud he is of her, and how often he shows her that. Especially during the times she feels tired, not good enough or unable to go on. 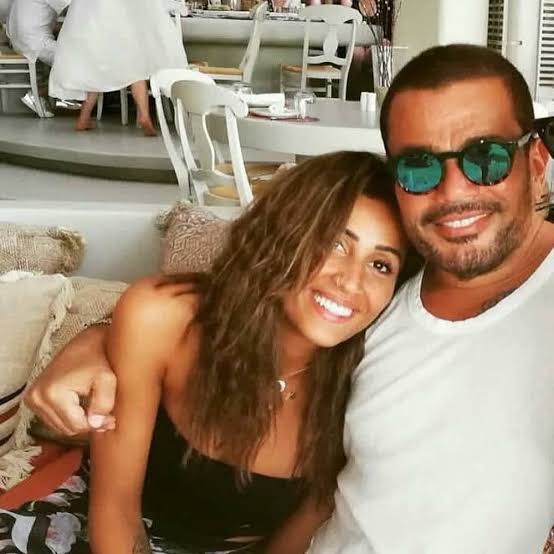 She also talked about how grateful she is for him because he’s always there to give her all the positive energy in the world and help her become the best version of herself.

Even her co-stars expressed their happiness because he wasn’t only helping out El-Sherbiny and boosting her confidence level, but he did the same with all of them, believing in their abilities as well.

Now let’s disregard the whole ‘celebrity’ relationship a bit; we are all shipping and supporting the couple and have been from the beginning.

That being said, there’s something really important that we cannot miss about all of this. And it’s the fact that Amr Diab is basically the perfect man when it comes to the most crucial qualities, and dare we say, the basic needs!

Any woman in the world needs support, specifically from her partner. Who doesn’t wish to have someone always there to help them every step of the way?

We – men and women – all need someone to make us feel safe and sure of ourselves, especially when we’re down and doubtful.

The idea of having a backbone that always encourages you and sees the best in you, when you hardly can, is priceless.

When El-Sherbiny got bullied, Diab brought her up on stage and made everyone who hated on her watch.

When she needed support in building herself up, he was there. And in the midst of all of that, he didn’t care what a single soul thinks.

We all don’t just need but deserve a partner like that in our lives. And we can’t express how happy we are for El-Sherbiny, because she found hers after facing so much hate and ugliness!