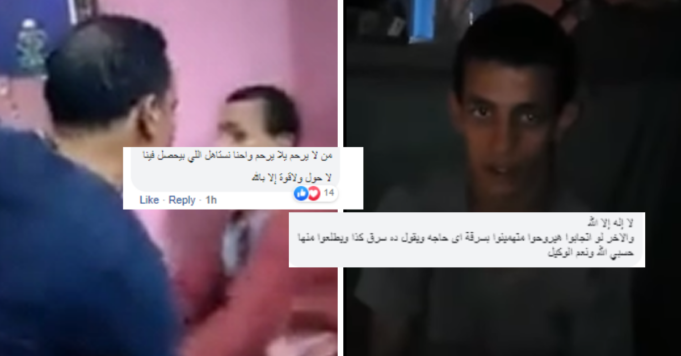 You’d think that with all this technological advancement and common sense, people would know better by now. You’d be wrong, however. Everyone knows you shouldn’t use your power to abuse others who can’t stand up for themselves, yet this already happened.

Recently, a group of young men from Sharkia filmed themselves abusing a disabled young man, around their age. They hit him with fists and feet and wooden planks. He protested, crying and screaming, and they didn’t stop.

They might have not even gotten the punishment they deserved.

Recently this video of the young men’s abuse of their victim went viral and with good reason. All that we could see there was a group moving solidly against one less powerful, disabled individual.

No one could keep quiet about this injustice, least of all the people of Sharkia. They condemned the act and made sure the video spread through the internet, getting it the uproar and community intervention it needed.

This action was applauded, of course, because it’s one of the things that shows us the good side of social media. The side that is used to gain justice for those who can’t fight for themselves, which is what the Sharkia citizens did.

Their campaign eventually got these abusers detained by the Sharkia police for their cruelty. The young men didn’t spend much time detained, though.

The Truth Comes Out And It’s Anything But Pretty

Soon enough, another controversial video made rounds through the internet. A video where the victim of the abuse speaks out, revealing that it was all a joke and he’s not even disabled.

Although it seems like we don’t need to go into much detail to explain why this is another level of horrible, we will anyway.

Through this video, we see a horrible side of humanity.

We see that people think that things like the abuse of the disabled are funny. We see that even when people band together to get justice for the oppressed, their efforts can be meaningless because they’re not getting the full picture.

This is all especially horrible when things like these happen on the daily:

You may argue that the Sharkia video was a joke. A horrible, tasteless joke between friends, but a joke nonetheless. It can’t harm anyone and all it did was stir public opinion.

This is a horrible way of looking at it, though. All of these “innocent jokes” combine in the end into something ugly, like lessening the credibility of victims who can or can’t come forward.

This is not to say that we shouldn’t publicly condemn what needs to be condemned, of course. All we need to do is to get more information before we commit our energies to the fight.