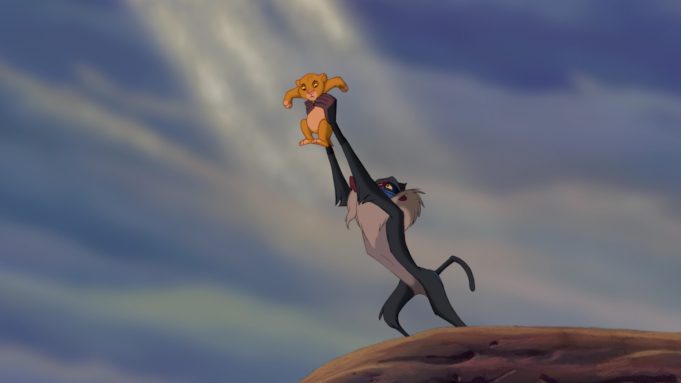 You know that fabulous 1994 film about a lion called Simba, his dad the king of the jungle and his horrible uncle Scar? The film we’ve all watched at some point and made us cry? Yep, The Lion King! Disney is currently working on remaking the film; it’s set to be released in the upcoming years. It’ll be directed by Jon Favreau, the same filmmaker who made the recently-released Jungle Book. I just don’t know how to feel about this. As a huge Lion King fan and a huge Disney fan in general, I’m afraid that they would ruin the film (I didn’t like the new Jungle Book much). So here’s an article dedicated to the awesomeness that is The Lion King: 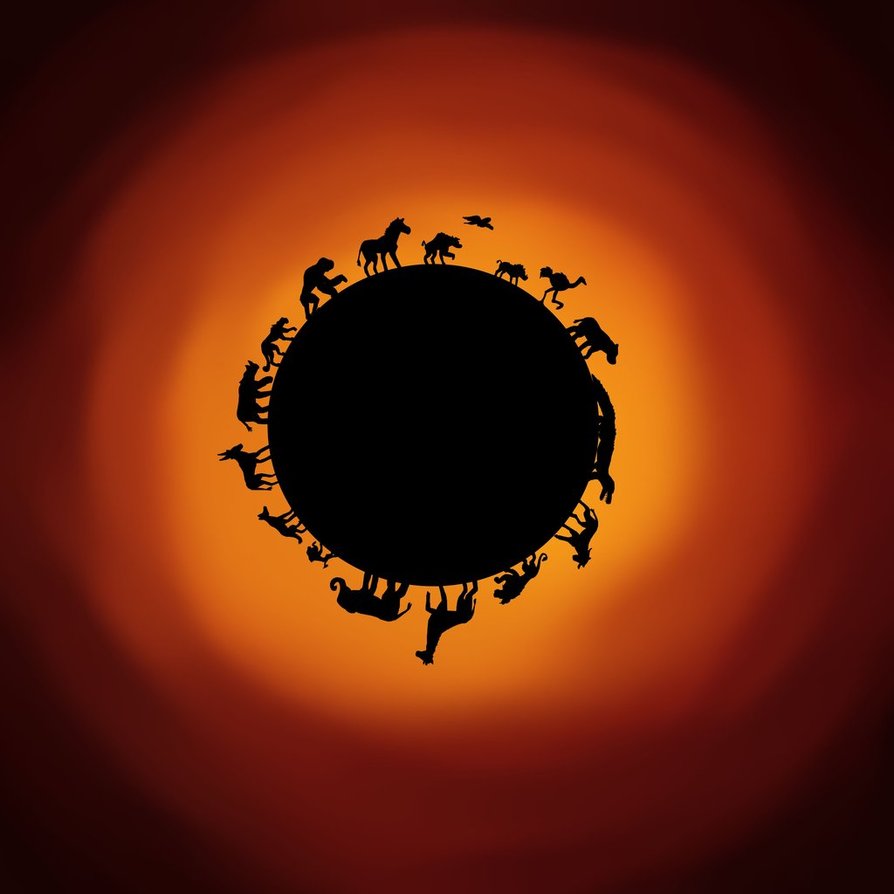 Do you actually know of ANY song that has been superior to ‘The Circle of Life’? I didn’t think so. ‘The Circle of Life’ is emotional, poetic and inspirational; it’s everything. Anyone who doesn’t like it is a douche! (sorry). It’s been sung in subways, it’s been danced on, it’s everywhere and no one can deny how grandiose it is. ‘Hakuna Matata’ might not be as well famed as ‘The Circle of Life’, but it’s honestly really amazing too. It teaches you not to worry about a thing, chill and take life easy. It’s their philosophy. Elton John’s ‘Can You Feel the Love Tonight’ is also pretty romantic and made us love Simba and Nala even more. 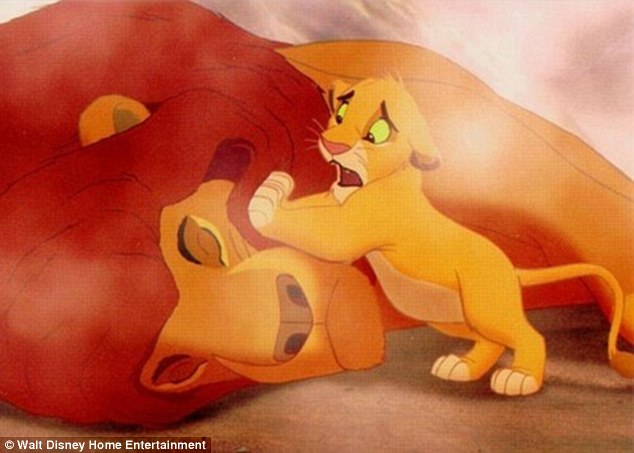 I honestly don’t recall any other childhood film that has made me cry as much as The Lion King did when Simba couldn’t wake his father up. I still cry when I see it today; I’m sure many of you do too. The animation talks about loss from an early on age, and it shows the different ways you can cope with it. 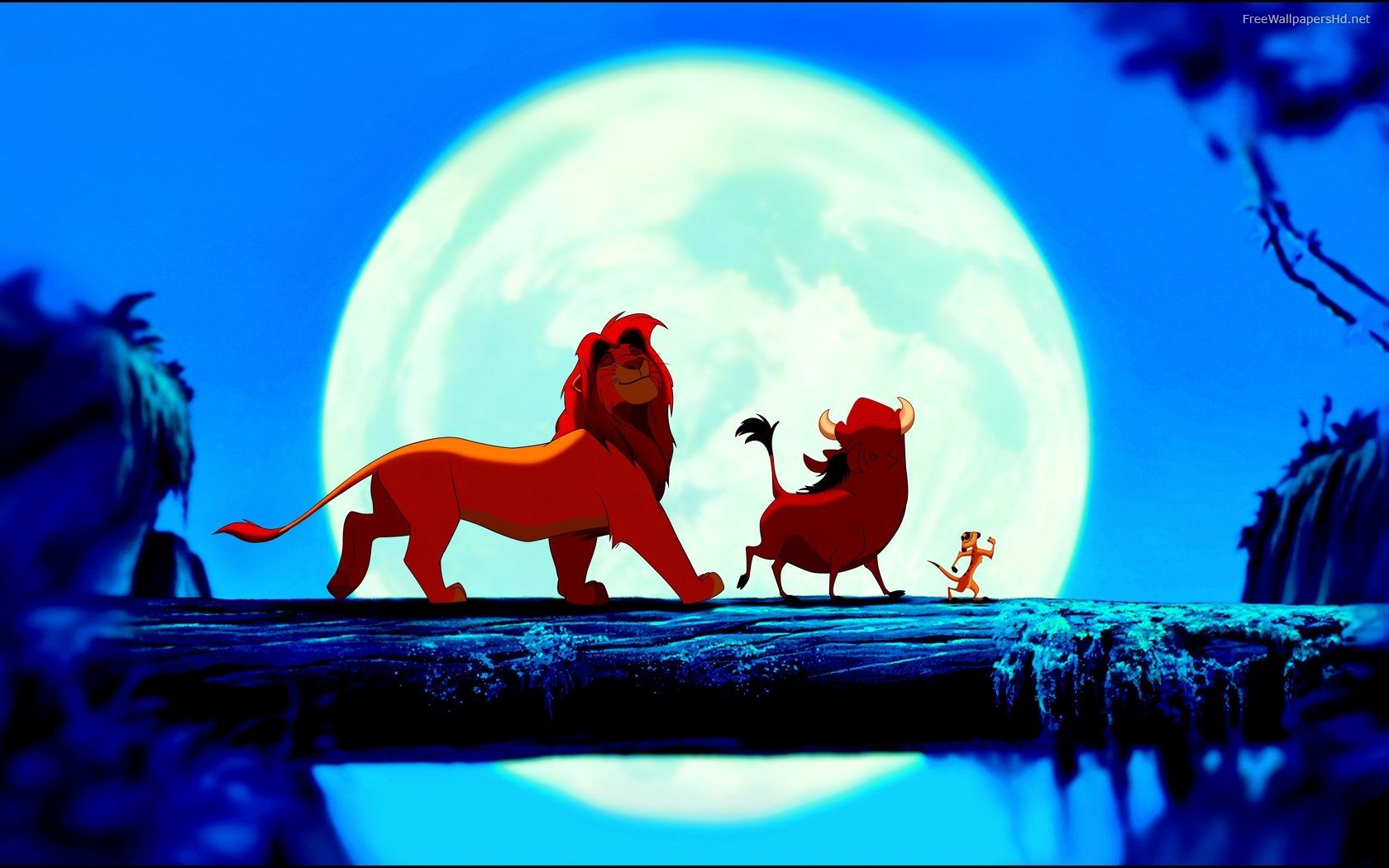 They’ve probably set our standards for friendship goals! They’re an amazing duo, completely and utterly different yet they fit perfectly well. They’ve inspired us in SO many ways. I mean, they were the ones to give us the Hakuna Matata motto. They were there for Simba when he needed it, and they make it okay to talk about farting out loud. Pumba: “I can clear the Savannah after every meal […] and I got downhearted everytime that I…” Timon: “Pumba! not in front of the kid.” Not in front of the kid? They basically said it, so it still counts! 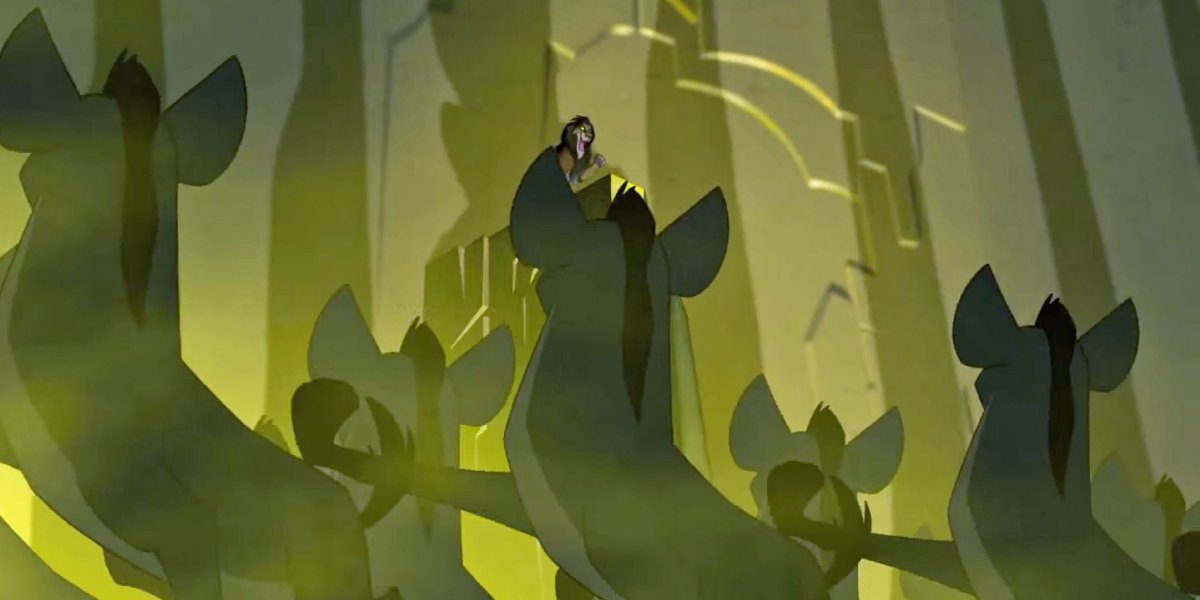 It’s an amazing classic that references other classics! The story about a brother wanting to kill his sibling the king to win the throne sounds similar to Hamlet’s! And you know that scene where Scar sings “Be Prepared”, and says “You’ll never go hungry again”, it’s actually referencing ‘Gone With The Wind’! The hyena march also references ‘Triumph of The Will’ (1935), a film about Nazis. The Lion King fits perfectly well in the history of cinema. 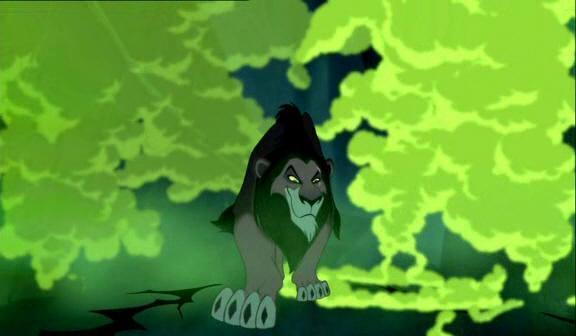 Apart from the fact that he has a scar on his face, which can confuse many to whether he was named after it or whether he got it because that was his name, he’s really gloomy. And for a kid, he comes out as really scary. He doesn’t look like the typical monster, but he’s always surrounded by dark green colours and has this creepy resounding nonchalance to him at the beginning of the film. His face, when he lets go of Mufasa, actually stays in your head forever.

6- Rafiki Has Taught Us SO Much 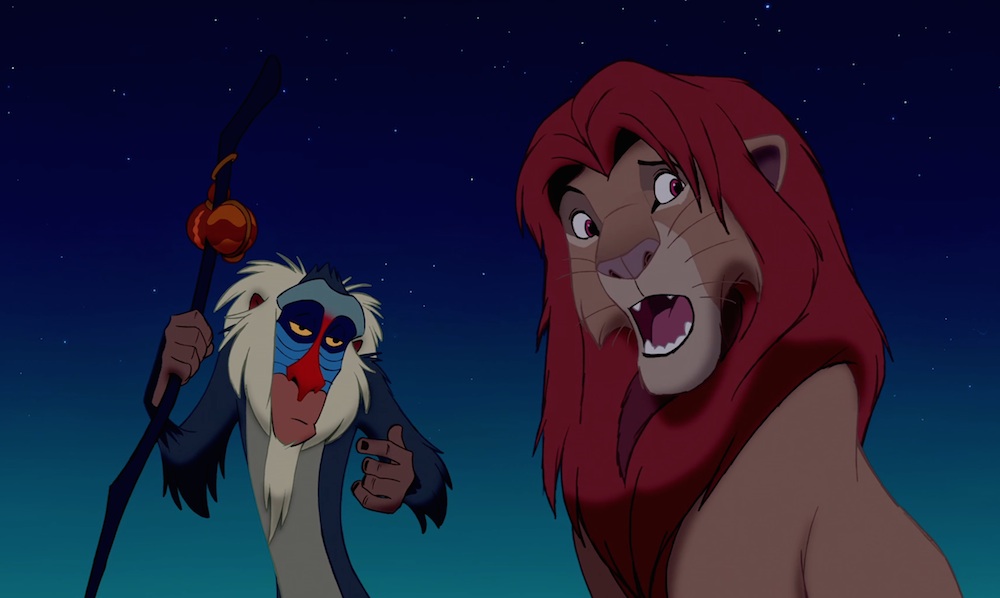 You know that quote everyone keeps sharing “Yes, the past hurts, but you can either run from it or you can learn from it”? Yes, this wise monkey was Rafiki. He’s the most “wisdomous” (as Joey says) being I know. I’ve learned a lot from him as a kid, and I still do everyday. 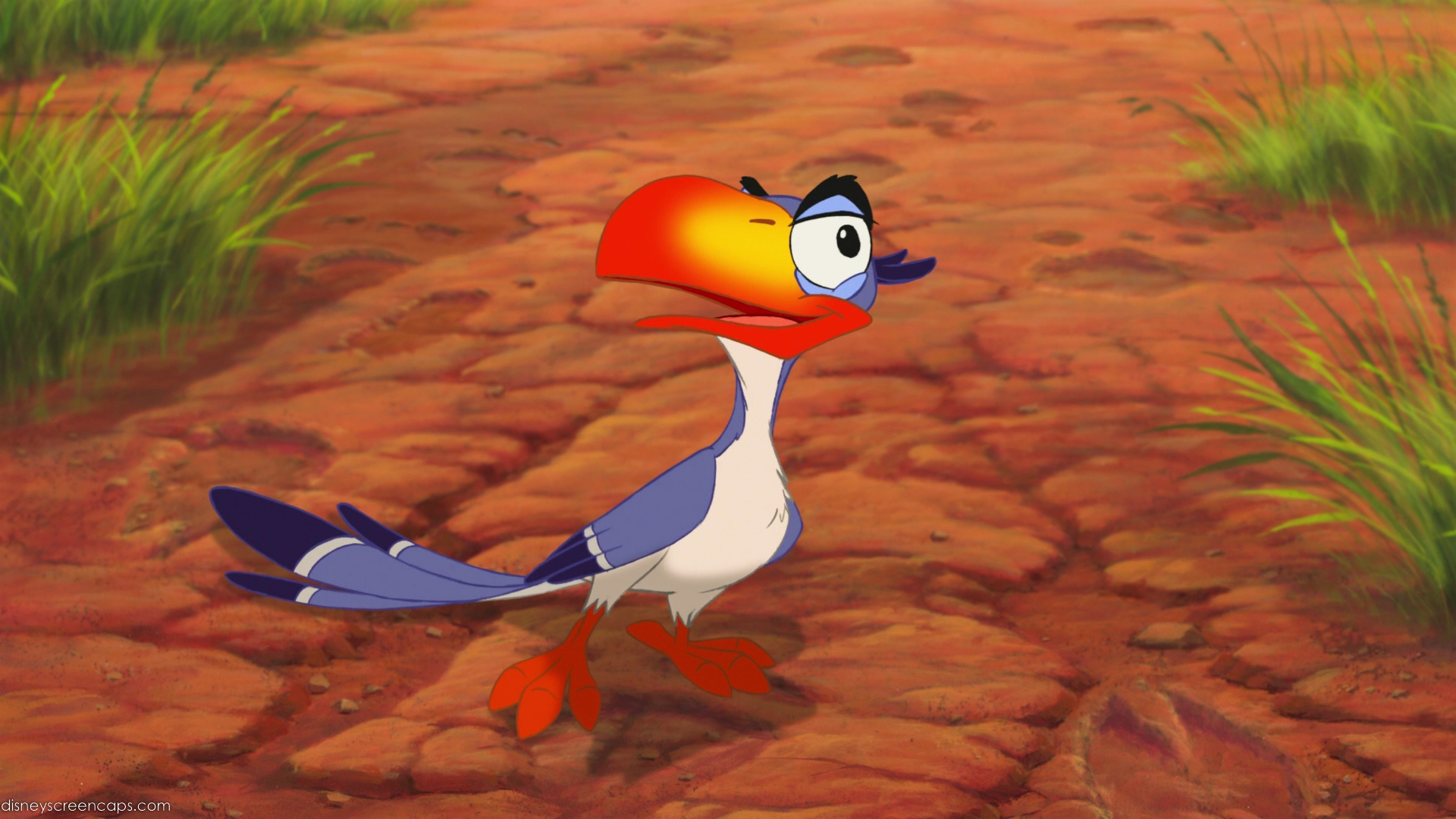 Zazu just has to be one of your favourite characters in this film! He’s stubborn and a little uptight, but it’s all funny in the end. Zazu is actually voiced by Rowan Atkinson, the famous Mr. Bean!! I’m pretty sure you like it more now.

In case they don’t feature all these things in the new film, it won’t do the original justice whatever it is to be honest.