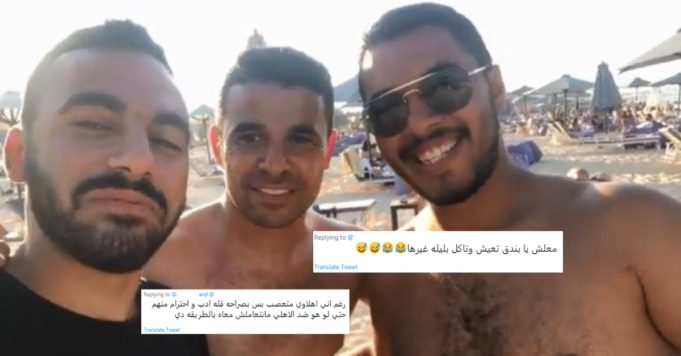 Egyptian football has been going through a rough patch, lately.

We don’t need reminding, honestly, because we all remember what happened in Russia 2018 and just a month back in AFCON right at home.

The people have gotten fed up, and they’re right to do so. With the anger, however, we also forgot basic stuff, like manners and respect. You know, the basics.

Don’t believe it? What happened between Khaled El-Ghandour and a couple of fans is evidence enough on its own.

Everything started on a very normal, unassuming day when two young men bumped into El-Ghandour on a beach, just minding his own business.

Under the guise of fans, the two young men asked El-Ghandour for a selfie, to which he agreed and started posing. Unfortunately, he got something he never bargained for.

Instead of a sweet little selfie with two fans, El-Ghandour got a demeaning video of him sandwiched between two guys shouting “beleela” in an effort to embarrass him.

Obviously uncomfortable, the retired footballer asked one of the young men if he was joking before the video shut off and the rest of the awkward interaction remains a mystery to us all.

This, however, doesn’t mean that we can’t talk about it.

Too Far Or “Just A Joke”

Naturally, this video went viral for very obvious reasons. Why wouldn’t it? 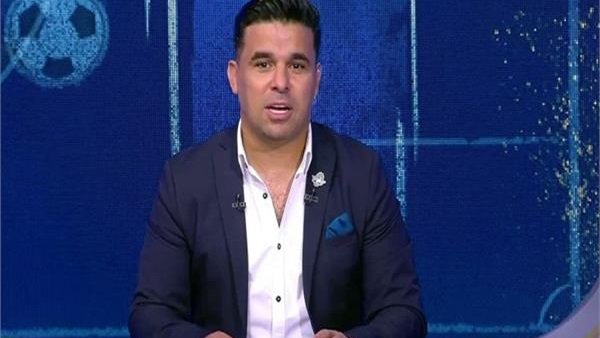 It’s a short, little funny video featuring a slightly over-dramatic star, so obviously it will make a buzz louder than a nest of angry bees.

The reactions varied, though. Some saw this video as funny because it mocked and embarrassed the man, while others saw it as a joke that went too far because of the exact same reasons.

We must say that we belong to the other camp rather than the first.

This just takes it to another level. It’s true, sports’ fans aren’t exactly the sentimental, “sorry if I hurt your feelings” sort but this doesn’t excuse anything.

Had it been a football match or a conversation that went anywhere near football or losing predictions or the like, this video might have been seen as the joke its takers intended it to be.

However, this is a totally different environment. You’re in a summery beach town and the man’s in a swimsuit, lounging around on the beach.

After you asked him for a selfie, El-Ghandour gladly went for it, in an effort to be nice and connect with fans, even if you weren’t fans of his own team. Maybe, just maybe, that was the time to reconsider the genius idea for the “joke“.

Sometimes, you might plan something for the sake of views and a few haha’s and life gives you a chance to see the error of your ways.

When it does, please take it.