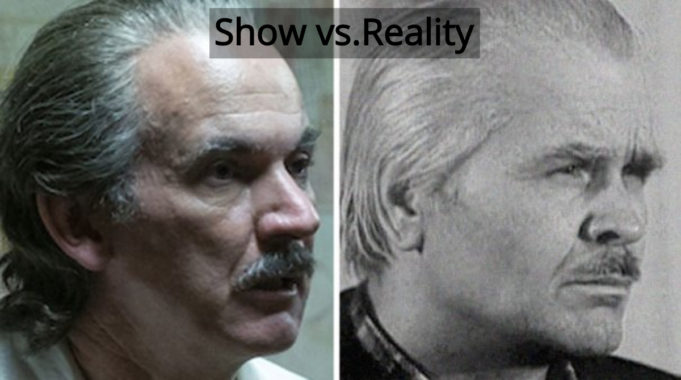 So we have already listed HBO’s new miniseries Chernobyl as one of the most binge-worthy shows right now.

However, the fuss this show has been making goes a bit beyond the normal binge-worthy hype. It became a generational obsession.

In case -somehow- you still don’t know what Chernobyl is, it’s an HBO historical miniseries dramatizing and surrounding the events of the Chernobyl nuclear explosion disaster of April 1986, which is one of the worst -if not the worst- man-made catastrophes in the history of the world.

The show premiered on May 6th, and soon after, VERY soon after, people everywhere were raving about its every single detail.

But even that wasn’t the best testimony to the show’s extreme hype, as always, social media was, in fact, the best demonstration.

This is without a doubt the most intense show I've ever seen #Chernobyl pic.twitter.com/ll0tjMQJ6f

People put it above some of THE most popular shows in the history of TV!

Game of Thrones: I'm the best Hbo show ever.

“The most perfect series I’ve ever seen.”

As TV goes this is the most perfect series I've ever seen. #Chernobyl pic.twitter.com/JPdlcjXcPI

Right now, it holds a 9.6 out of 10 IMDb rate which is a higher rating than any other show EVER had. Yes, higher than Game of Thrones and Breaking Bad. 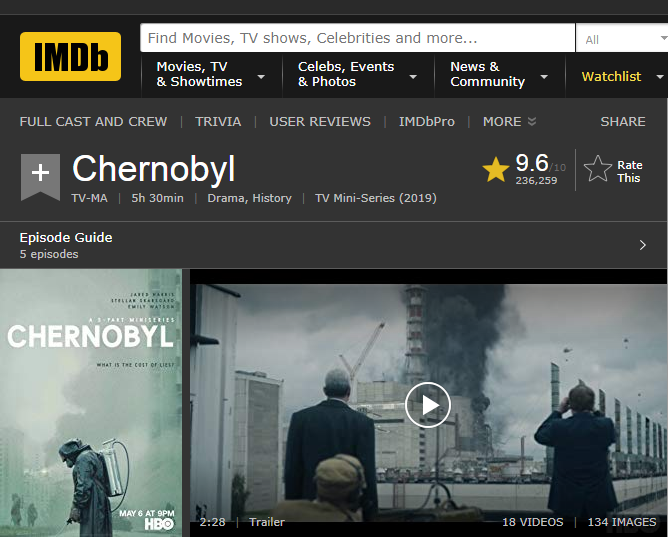 The question remains, is it worth THAT hype? Let’s find out!

Obviously, it is hard to make any kind of historical drama or movie, because it will ALWAYS be compared to the real thing. And it is, also obviously, impossible to exactly imitate the real thing.

But it’s safe to say that Chernobyl came astonishingly close to doing so.

This “miniseries” managed in its 5-episode season to portray one of the biggest and most impactful man-made catastrophes in the history down to its last and smallest detail.

The events of the Chernobyl nuclear disaster took place mainly in the location of The Chernobyl Nuclear Power Plant near the town of Priypat near Ukraine’s northern border.

Here’s the town of Pripyat in both the show & real life: 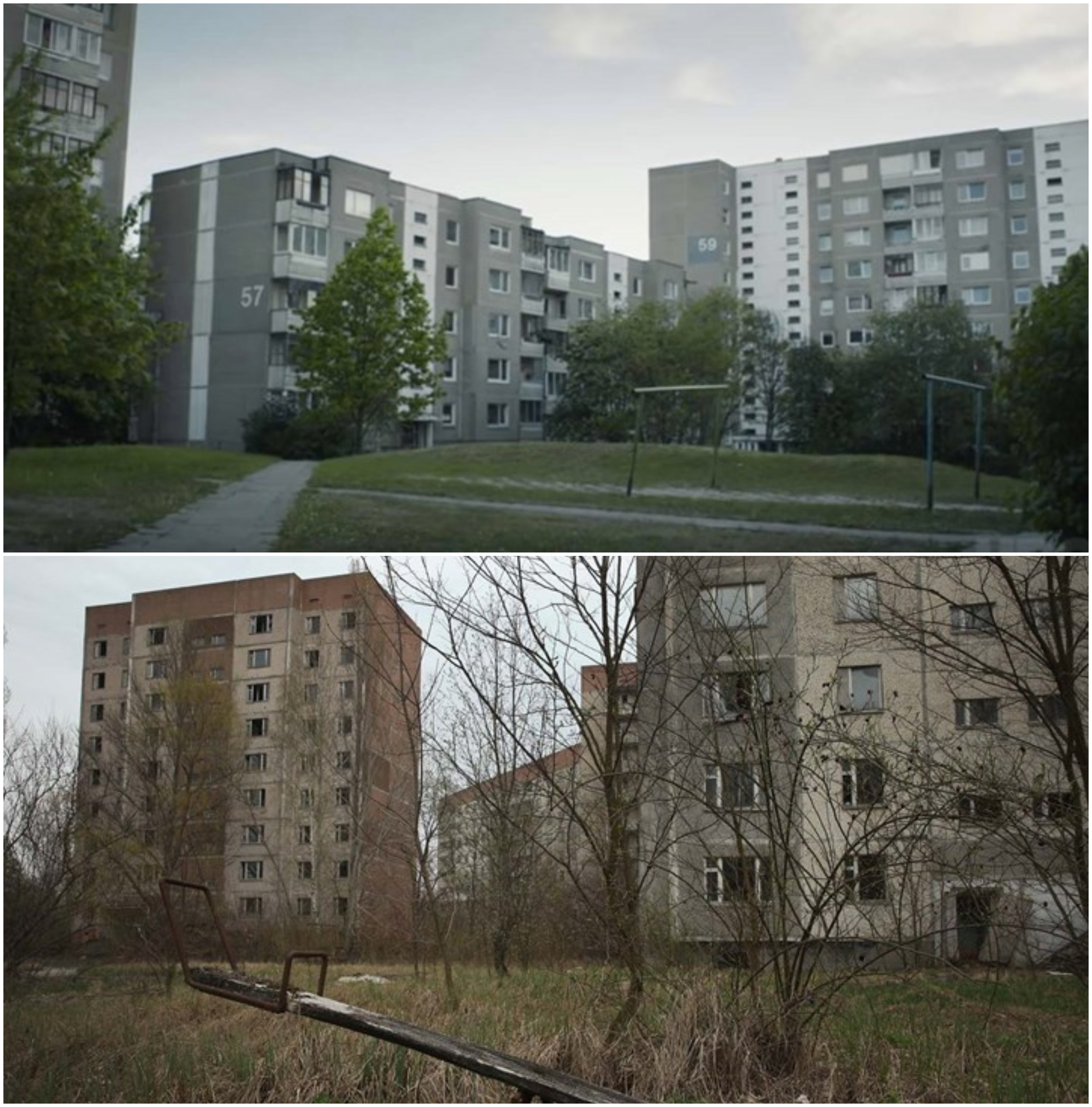 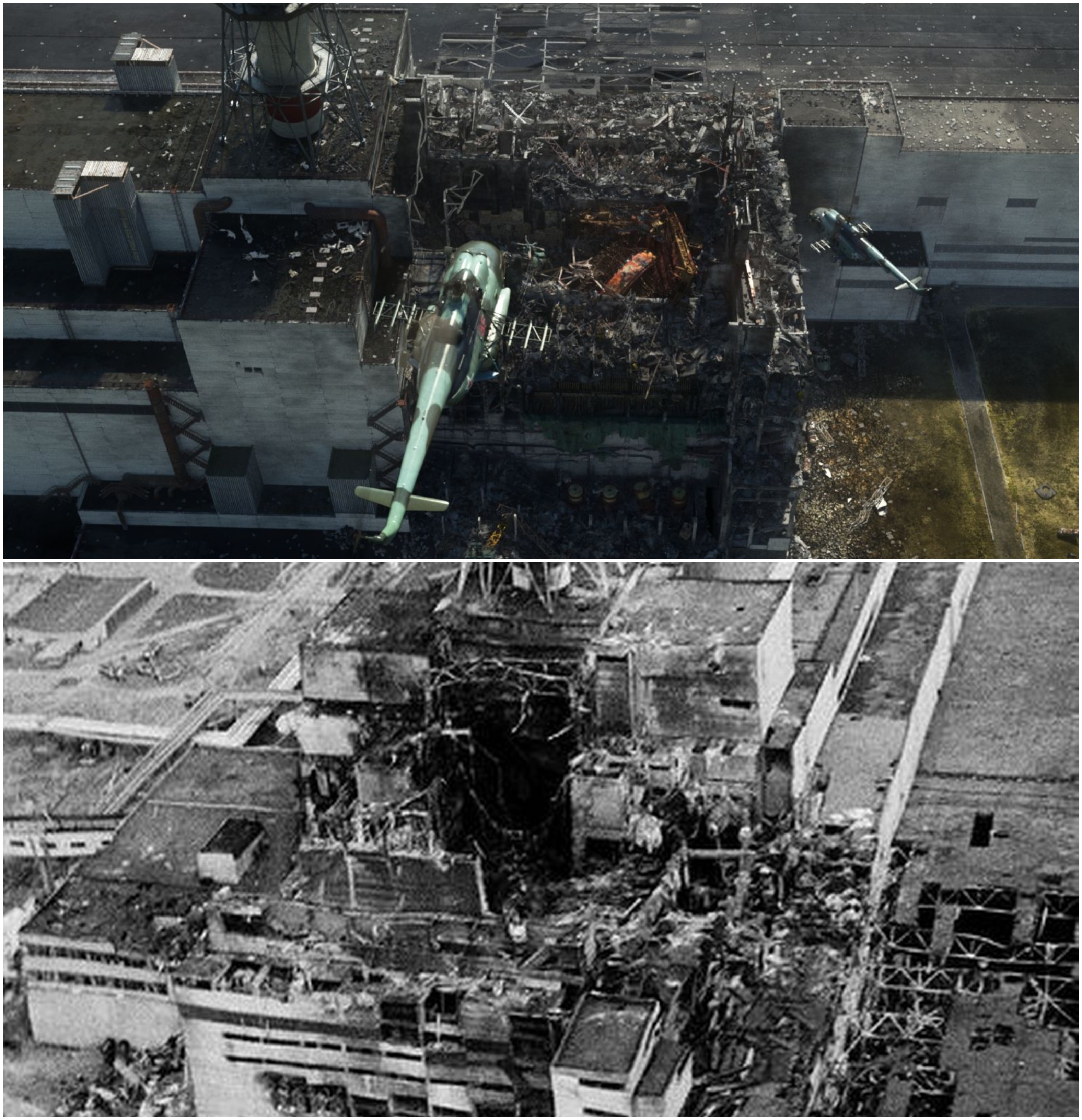 Also, several personalities were associated and involved with the events of this disaster; from the reactor operators to the scientist who investigated and dealt with the aftermath, to the regular citizens or victims who were affected by the explosion and radiations.

The Bio-robots; people who cleared the roof of graphite: 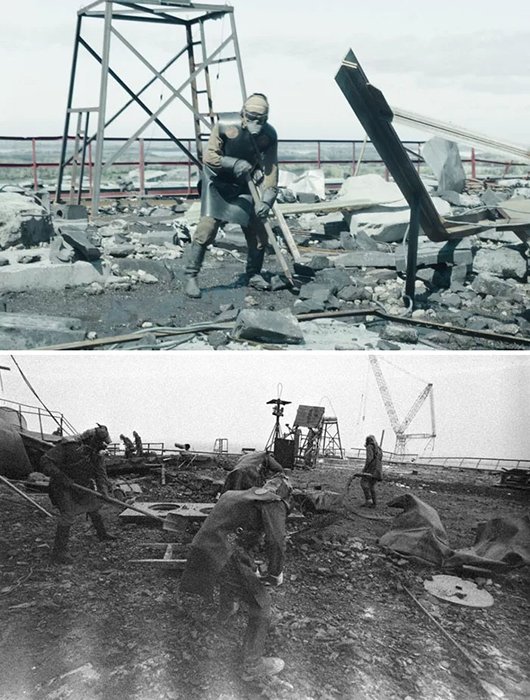 The trial of Fomin, Dyatlov and Bryukhanov, the suspects in the Chernobyl case: 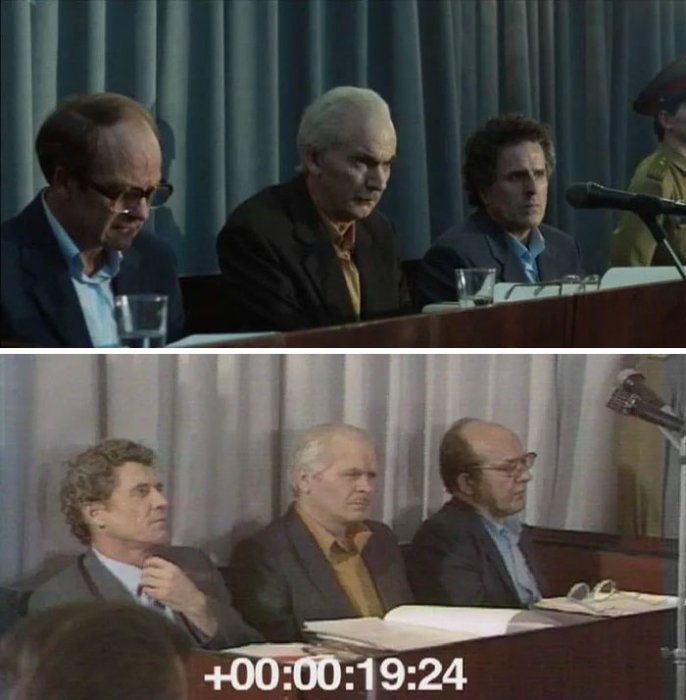 Lyudmila and Vasily, a married couple from the victims that were effected by the explosion: 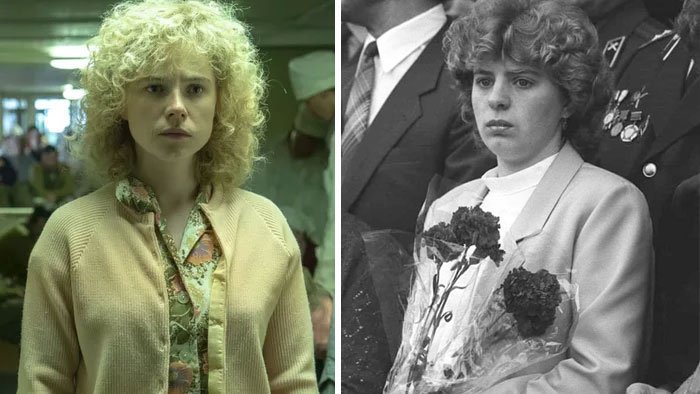 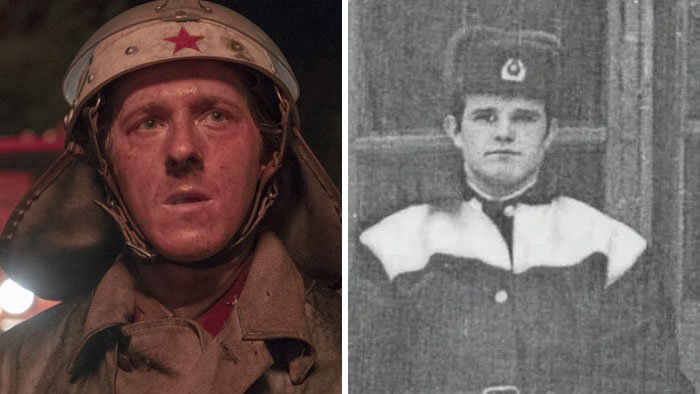 This particular historical event was talked about a lot, after all it was one of the biggest disasters in history, so it was extra challenging to tackle it from a new prospective.

However, Chernobyl managed to bring to light so much that people didn’t know. Somehow, they managed to reflect every aspect of this horrifying incident.

From the political side, human side, scientific side, the aftermath, even the animals and plants that were demolished in the process; EVERYTHING was there.

The excruciatingly vivid description of every single detail will leave you feeling uneasy, intense, and pretty much horrified as if you have just gone through one of the worst things to ever happen in human history.

The choice of actors is unique to say the least. Other than the striking resemblance, the acting ability of this selective handful brought to life just the right amount of intensity for such a story.

Paul Ritter wowed us all as Dyatlov’s guts. Stellan Skarsgård placed us on the edge of our seat with his portrayal of Boris Shcherbina. And of course, Jared Harris hit us deep in our very souls with his gut-wrenching performance as Valery Legasov. He also helped us feel like nuclear physicists with his detailed and thorough explanation of what happened in the reactor.

As extremely accurate and thorough as it is, Chernobyl wouldn’t have become the phenomenon it is now without its top notch cinematography and state of the art soundtrack.

You don’t have to be a director or even a cinema buff to notice the unique and exceptionally fitting choice of camera angels, the intense way it was shot, and the extremely chilling soundtrack.

So in conclusion, the final answer to our initial question is HELL YES it is worth the hype.

Worth to be called “2019’s gift to classics”, worth to top the list of best drama ever created, worth to have virtually everyone obsessing over its 5 time-stopping episodes.

So if you haven’t watched it yet, drop everything and START NOW!