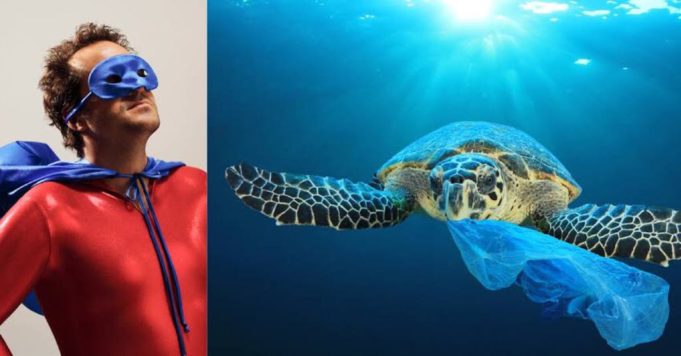 Saving the environment and raising awareness for climate change is now the talk of the hour. Although not new to America, Europe and first world countries, it’s only starting to pick up in Egypt and the Arab world. And we’re happy about it!

However, there’s a certain pattern of behavior that we have noticed and someone had to speak up. Now, how do you get people to act on something you want to change? By guilt tripping them into believing it’s their fault.

We feel this is exactly the message being delivered to us recently by social activists and corporate entities looking to highlight the importance of saving planet earth. We’re all down for the cause of course but the methods are a bit questionable, don’t you think?

In Egypt, more interest is now growing in climate change which is a good thing! But…

“Let he who is without sin cast the first stone.” It seems irrational for corporates adding more carbon to the air than anyone else and claiming they can’t switch to safer resources to be the ones making us all feel guilty about environmental pollution.

They have no right to point fingers at us until they are entirely environmentally friendly. You’re not entitled to criticize people while you continue to pollute the environment through your mass production.

we get it, urging people to take action is a must. Unless we all want to be doomed. It’s just that the means by which they choose to do it is misguiding. It’s better to present it as a collective responsibility, that threatens us all rather than let the somewhat helpless individuals carry the burden alone.

After all, social activism is first and foremost meant for collective action and not for holding personal responsibilities!

Despite the fact that the latest trend in Egypt is basically “going green” and reducing your consumption of plastic, there’s a thing or two that we might be missing here.

We need to acknowledge all the Egyptians living under the shadows of middle class. Most of these families are supporting their whole family while sticking to a budget.

For instance, it wouldn’t make sense to guilt trip them into using paper bags that would cost them twice what plastic bags would normally cost.

Unless providers happen to produce Eco friendly products that are handy and affordable, let’s face it, people will continue using plastic!

Maybe it’s time to stop the guilt-shaming for good and everyone would own up to their actions, instead.

Let’s look at it this way, we will try and reduce our plastic consumption whenever we can. We will try carpooling more often and might even opt for bicycles when we feel safe on the street. And in a couple of years, when electric cars are within our budget, we might all buy one. But until then, we won’t feel guilty.