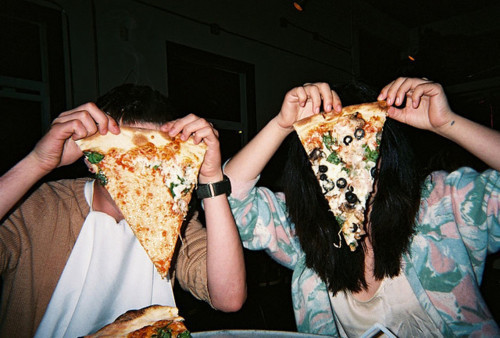 There’s a fine line between being a nice person and being flirtatious with someone you’re potentially interested in; it’s about time we all started recognizing the difference. Politeness, common courtesy and a general kind aura are rather basic gestures and prerequisites to being socially acceptable human beings whom others would have no problem interacting with. Flirting, on the other hand, is a whole other story.

Just Because I’m Checking How Your Day Went Doesn’t Mean I want You to End It With a Date With Me: 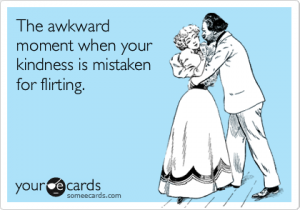 Friends check up on each other. If you had an important work meeting or exam, the polite and caring friend would ask how things went. It’s a completely flirting-free gesture.

Two People Can Hang Out Without Being on a Date:

Okay, so if you’re friends and you go grab a quick bite or workout, it’s no big deal. Two people can have fun and enjoy each other’s company without being romantically involved.

Sharing Problems and Seeking Advice is Normal and Not a ‘Move’:

I know, I know, some people fake problems in order to seek attention, but that’s a weird form of flirting that’s just way too much. Now, moving on to rational people, just because they’re asking for your opinion about a certain issue or just venting, it doesn’t mean they’re trying to flirt with you- they’re simply comfortable talking to you and trust your judgement.

Joking Around is Different from Flirting Around:

Two people can have a good laugh without having any romantic intentions. Just because they text you a funny joke or tag you in a funny video on Facebook, doesn’t mean they’re trying to affectionately woo you.

To recap, I honestly believe that when it comes to crushes and all, having no expectations is the way to go; don’t simply expect them to be flirting when they might honestly just be trying to act friendly. Unless they make a clear, flirtatious move such as asking you out or saying they like you directly, just put  your mind to ease, and assume they’re simply fulfilling their duties as your friend and nothing more.