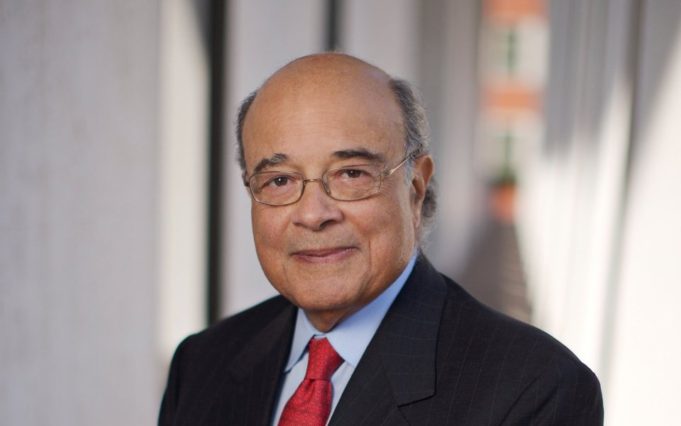 On the 11th of June, the world lost one of its finest experts, Dr. Adel Mahmoud, at Mount Sinai St. Luke’s Hospital as a result of brain hemorrhage.

Dr. Adel Mahmoud is a genius in his creation of several vaccines that brought about huge progress in the medical field. He was born on the 24th of August, 1941, and graduated from Cairo University in 1963 with M.D. In 1973, he traveled to the United States as a postdoctoral fellow at Case Western Reserve University. Later on, he became the President of Merk Vaccines from 1998 till 2006.

As a part of the Princeton’s faculty, he developed a vaccine to help protect against causing diarrhea to children. He, also, developed another one that protect against human papillomavirus (HPV), which causes cervix, anus, middle of throat Cancers. He participated in providing vaccines against Measles, Chickenpox and Shingles. In 2011, He became the professor of Princeton’s Department of Molecular Biology.

Yesterday, the 21st of June at 9:20 p.m, principal founder of Microsoft Corporation, Bill Gates, wrote a mournful tweet on the loss of Dr. Adel Mahmoud as one of the greatest vaccines creators the world has ever known. 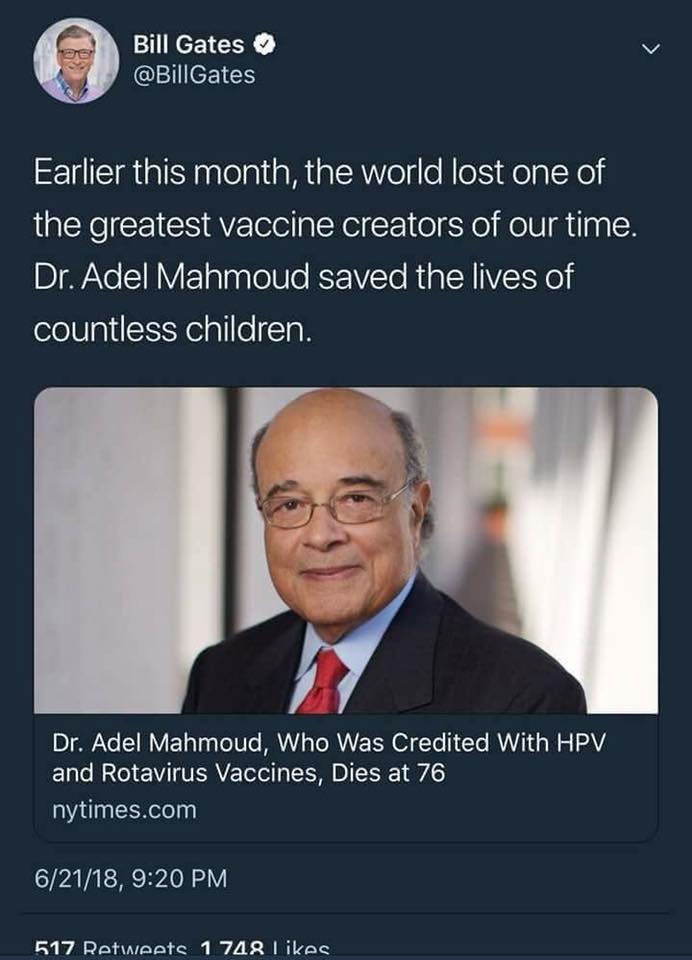 Information about Dr. Adel Mahmoud was taken from Egypttoday and Nytimes websites