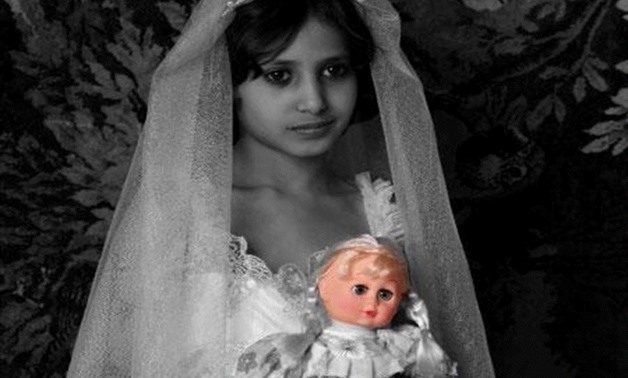 On November 20th which coincides Universal Children’s Day, the government announced statistics showing that children under the age of 18 in Egypt total an astonishing 39 million. Of those, 117,000 children, ranging from 10 to 17 years old, are married or at least were married once!  It may be, at least, double this number in reality.

The question remains, are there any justifications for child marriage in Egypt?

In rural governorates, child marriage is still a practice, and at large due to clan-like traditions and habits. Child marriage remains intact, and is largely supported by religious preachers!

Let’s address the elephant in the room; religious preachers are of no help. Whether twisting words and scripture that condone such actions or seeking fame by giving bizarre, controversial statements—or simply, not knowing what the hell they are talking about—these statements have a direct impact on society and should be scrutinized thoroughly.

Thanks to these preachers, a lot of people in rural Egypt believe that it’s okay for their sons and daughters to marry at the age of puberty.

The result is that we find people forcing their daughters to marry, manage a household, and bear children at the age of 14!

Simply put, there is no way on God’s green Earth that a child—that can barely pick up a toy—being forced to marry is okay no matter what anyone says!

The damages are clear. Beside health hazards, child marriage is a trauma that leads to another trauma (the children of these children are put in the same situation).

Proper education and awareness in urban governorates may temper religious fanaticism with reason, but this is seldom the case in rural areas.

That’s why it’s imperative that the government not only keep a very close eye on these preachers and what they say and do but try to create awareness and develop the rural governorates.

Proper schooling and better living conditions will definitely have a good impact on such communities. Leaving the problem unsolved, will hinder any kind of progression.

We cannot keep denying that the wrong religious influence must be abolished for any community to develop!

What Should We Do?

The reform of religious speech is a must. The credibility of religious preachers must be scrutinized before allowing them to issue any statements. Those discredited should be denied any channel of communication with the public opinion for that matter.

A number of charity organizations that work in collaboration with UNICEF raise awareness and sponsor cases of minors’ marriages. Helping these organizations is a direct way in helping this cause.

Child marriage in Egypt is illegal, with the age of consent being 18 years old; therefore, it’s our duty to report any cases like this. Also, sterner legal deterrence should be imposed to control this crime.

Here is the short, elaborate answer to the question: child marriage is destruction for our children on the short and long term; therefore, there is no plausible justification for it.

Please, keep thinking of the children.