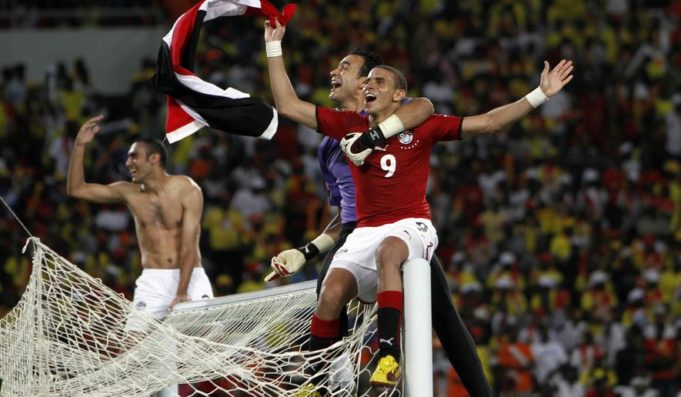 It is official; the Confederation of African Football (CAF) announced that Egypt won the rights of hosting the African Cup of Nations.

Egyptian Sports Minister Ashraf Sobhi has announced that Egypt will be bidding to host the 2019 Africa Cup of Nations (AFCON).

This decision came after the Confederation of African Football (CAF) stripped Cameroon of the rights to host the Nations Cup. The reason cited was due to delays in preparations for the expanded 24-team tournament earlier this month.

After Cameroon was stripped of hosting the tournament, Morocco and South Africa are favorites to host the AFCON 2019.

Egypt, however, did not have any prior plans to host the event. Board member of the Egyptian Football Association, Ahmed Meghad has ruled out any possibility of hosting the event if another North African country files interest.

Moroccan Minister of Youth and Sport, Rachid Talbi Alami, told AFP “Morocco did not intend to run for the 2019 Africa Cup of Nations and will not do so.”

As of today, Amer Hussien – Chairman of the Competitions Committee of the Egyptian Football Association – has told Egyptian sports website FilGoal, “We have no problem with hosting the 2019 Africa Cup of Nations next June.”

Hussein added, “In the event that Egypt organizes the tournament, the Egyptian Premier League schedule won’t be affected. We already arrange our league schedule according to  FIFA’s agenda.”

This will be the first event to feature 24 teams since CAF expanded the format from 16 countries. As for Egypt hosting the Africa Cup of Nations, this will be the fourth time, if decided. Egypt hosted the tournament three times in 1974, 1986 and 2006. As for our national team, we won a record of seven times.

CAF will make its decision by December 31st.