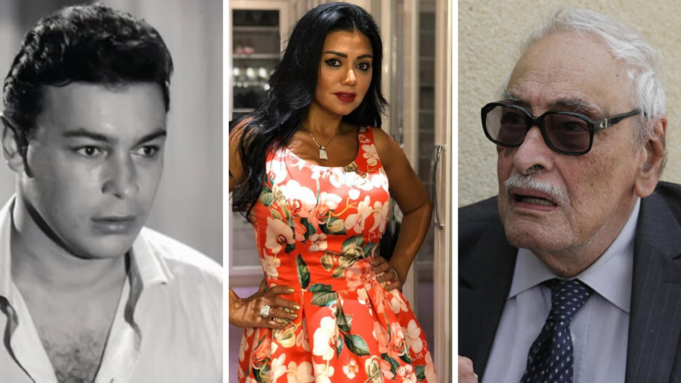 It’s said that talent will get you places you never dream of and to an extent that’s actually kind of accurate. We’d like to bet some of our actors didn’t think they’d make it to Hollywood and abroad but they did.

We know that when you read that last line, your mind immediately drifted off to Omar El-Sherif and Khaled El-Nabawy, among others.

Did you know, though, that we’ve had a lot more actors crossing over too? Well, if you didn’t, you’re in luck — this list is made for you!

1963 was a busy year for Faten Hamama! She’d already churned out 3 Egyptian movies that year, so it may sound unlikely that she’d had two foreign movies in that same year too – A Shadow of Treason and Cairo.

Did you know that renowned actor Gamil Ratib’s first role wasn’t even in Egypt? No, this actor was a veteran of French cinema and theater before he returned to Egypt and killed it here too!

Here’s a surprise you never saw coming: Rania Youssef did a movie called Nile in Japan in 1999. Surprising? We know!

Interestingly enough, the movie barely has any trace online and no reviews at all. We don’t know what happened but we’d very much like to.

There’s only one reason these three actors are in the same category and that is that they’ve all been in the same movie. Young Alexander the Great.

A largely forgotten movie, Young Alexander had a heavily Egyptian cast in the form of the late Samy El-Adl, Hala Sedky, and a young awkward Sherif Ramzy.

It seems like the 60’s were an interesting time in Egyptian entertainment because a lot of our actors were branching out. In 1962, Ahmed Ramzy joined the mix of travelling actors and acted in an Italian movie called Il Figlio di Spartacus.

Though some later said his role was minimal, Ramzy’s name was still front and center on the film’s poster so that definitely counts as a point.

If you worried about Amir El-Masry after his role in the as-unfunny-as-humanly-possible El-Breneseesa Beesa, you may exhale now. Amir’s professional life is much better abroad.

After a number of main and recurring roles in TV shows, Amir’s latest role was in the latest Star Wars film.

As Egypt’s famous Abla, as she was called, Kouka was scouted by a foreign director who wanted her in his movie, Jericho, as soon as he’d seen her because her features were out of this world. As you see, the rest was history.

The last film role Mariam Fakhreddine ever took was certainly strange. Whatever Lola Wants is an indie film about an American whose obsessed with belly-dancing.

Unfortunately, we couldn’t find any photos of Mariam Fakhreddine in this film but in context of things, we’re actually glad we didn’t.

Talent sure does flow through our country, doesn’t it?