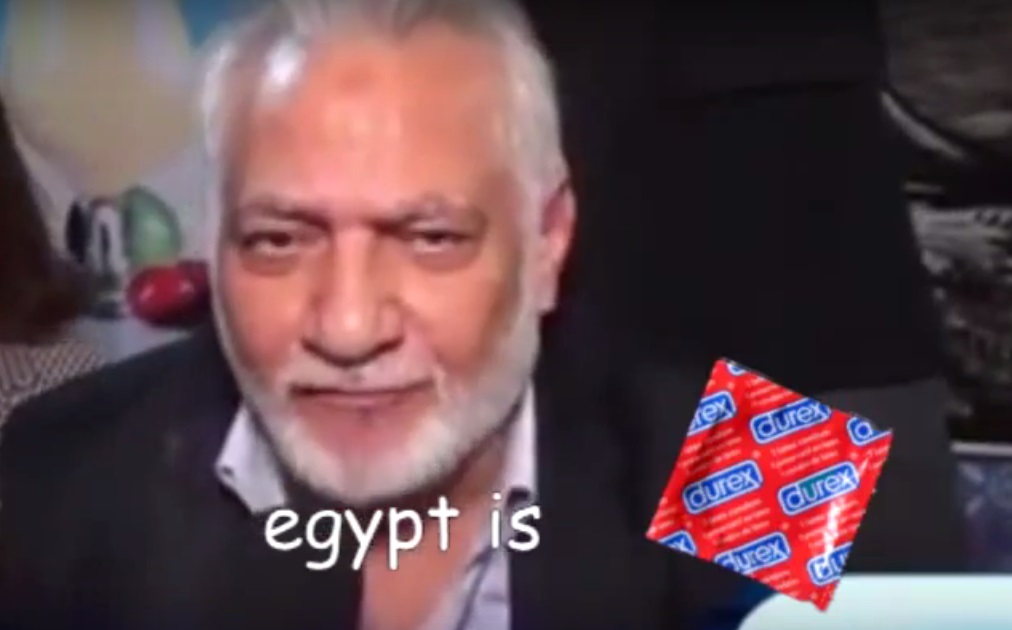 We really aren’t making it up, they actually said that!

Not a single person saying this, or shooting the video, or even airing it thought that anything was wrong with what they said. Not.a.single.person! And since we’re Egyptians, of course someone gave himself the liberty to make it worse and add picture of a “Durex” condom, in case we haven’t noticed already.

Being an enthusiastic conspiracy theorist, I say this is done intentionally to get people talking, or at least I’m trying to believe so, because I refuse to think that I live in a country where almost half of it are completely oblivious!

Or maybe they simply want to impregnate Egyptians, as if we don’t already have an over population problem, we’ll never know.