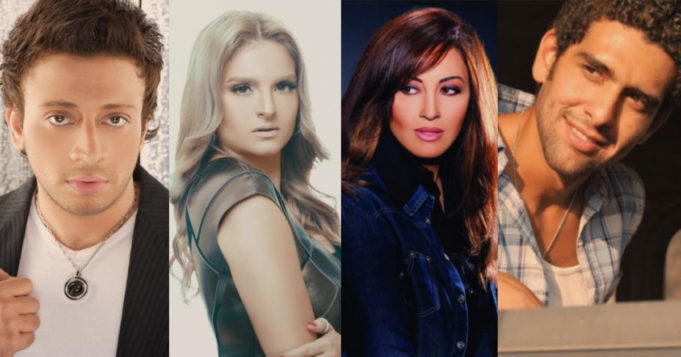 The music industry in Egypt is huge. But it has been remarkably dominated – for almost the past decade – by the likes of Amr Diab, Tamer Hosny, Mohamed Hamaki, Shereen Abdelwahab, Ramy Sabry, Tamer Ashour…etc.

Don’t get us wrong, we LOVE these incredible singers and the music they make. Most of them have actually been very consistent when it comes to releasing new albums and making their fans happy every now and then.

That being said, during the early 2000s, the music scene in Egypt was blessed with some real talents who did not only release good music but actual hits that stood the test of time.

Because we miss those artists and their music, we brought you a list of 6 Egyptian celebrities who really need to consider making a big musical comeback.

Some of the names on the list have only released one or two albums in the early 2000s then vanished, while some others have been releasing singles every now and then. But not as significant as their earlier ones!

Ready for the trip down memory lane? Here they are…

Despite releasing only four albums, Shaimaa Saeid has surely left a mark on the music industry in the late 90s and early 2000s! We know the singer has officially retired, but we still have faith that one day we’ll get to hear her angelic voice again!

Who remembers this iconic music video though?

While many people are too busy crushing hard on his character as Tarek in the new hit series “El-Anesa Farah“, we’re here reminiscing on Kelany’s amazing voice and his great hit song that we still know every word to.

Luckily, Kelany announced on his Instagram account a couple of days ago that it won’t be long until he returns to the music scene after his acting career took him away from it all those years.

Sherine Wagdy didn’t officially retire. However, she completely vanished from the entertainment scene due to some really serious family issues. She released her last album “Layali Hayati” in 2006.

However, that won’t stop us from dancing around to the great hits she blessed us with and hoping that her music will come back, one day!

The last album Haitham Saeid released was titled “Le Emta” in 2011. Ever since then, he’s been releasing a few singles every now and then and briefly appeared in a series and a couple of movies.

Saeid has had some unforgettable hits in the early 2000s. And it was awesome to hear that he’s finally releasing a new album with the name “Yom 30” very soon!

The amazing Ruby is no stranger to any of us in the entertainment scene. It’s true that her last album “Mesheit Wara E7sasy” was released in 2007. And she also released a couple of separate singles afterwards, like the fan favorite “Yalromoush“.

But we’re still impatiently waiting for at least one more album because like everyone, we really do love her voice and playful performance!

It’s true that unlike the rest, Loai hasn’t exactly vanished or stopped releasing songs. In fact, his last album “Ana Keda” was released in 2016.

But still, for someone with his talent and in comparison to his earlier hits – some of which were included in some famous Egyptian movies – his latest hits aren’t exactly as significant!

That being said, we have faith that the “Men Awelha” singer will stun us once he gets back to his old habits of making awesome music!

What a blast from the past! Right? We hope you enjoyed this reminder of the best hits of the 2000s and the amazing talents behind them. Let us know in the comments if we missed other artists you wish would release more music!