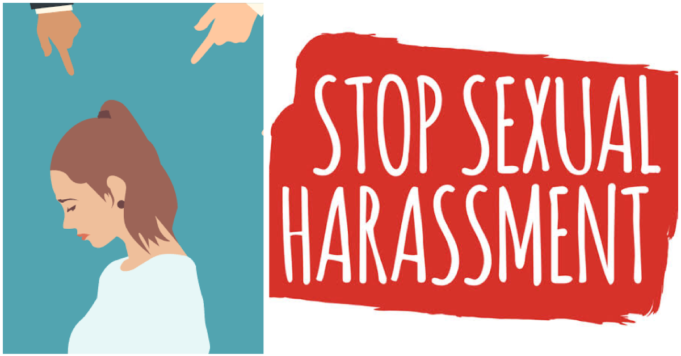 About a week ago, a number of girls on Twitter started a thread, telling their stories of how this guy who allegedly harassed them sexually. Within hours, everyone heard of it and victims were already sending out warning messages that later made it to his workplace and he got fired shortly after.

The thing we consider a great victory on all fronts. For those girls and to the file of sexual harassment in Egypt. Now, and as a result of that success story, a new alleged predator is the talk of town. So, what’s up with this new guy?

Following a public announcement by an AUC student claiming how this guy sexually offended her, victims came #metoo-ing the same guy fast and hard.

And in the same manner, the first alleged harasser we spoke of earlier was publicly shunned and called out for his atrocity of alleged actions, this new guy’s case is no different. A glaringly dangerous difference though, this time there are allegations of rape and pedophilia.

What follows, is a chosen example picked out of tons of other messages of the girls testifying to their own dreadful experiences. Varying from accusations of assault and harassment to rape and blackmailing.

Now, these girls, if proven honest by the law, are taking the matter into their own hands to bring the alleged harasser to the same fate, if not even worse, the guy mentioned earlier had to face. But looking at the bigger picture here, this is actually HUGE!

Even though we still don’t have any solid proof of these crimes, other than these presented testimonies, we believe the two individual incidents have something great in common, it’s the sense of social mobility against injustice towards Egyptian women. They may have occurred separately but they are definitely serving the same greater purpose.

In a sense, every victim that decided to talk and every supporter who made the decision of backing up her stories and sharing them helped give other victims voices.

The trauma and the fear of social stigma following a sexual assault experience could alienate, paralyze, and take away the victim’s voice. But upon observing others opening up and paving the way for a safe space for them to talk about their own trauma, they all heal.

This is why we salute each and every person who is taking part in this “unsystematic” group action. You’re now part of something bigger, something that might inspire more victims in the future to come out and carry their wounds bravely.

Now, we directly address all the victims out there, this is the time for you. The public sphere is now evolving into a safer space. And, is now ready to see you and accept you. Should you choose to come out now, we’ll definitely be all ears.