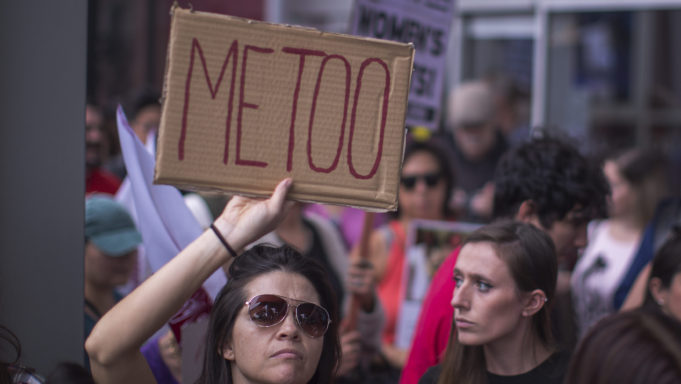 Over the past few days, our timelines flooded with tragic stories by girls who courageously broke their silence, for the first time, about being sexually harassed by a family member.

The stories came as a reaction, after one girl made a poll on a certain Facebook group, to see if other girls were victim of familial sexual harassment. Then all hell broke loose, to say the least..

Not only were these girls forced to bite their tongues and remain silent, but mostly, they were also asked to break bread with their harasser and act like nothing happened. For the sake of keeping the familial harmony!

Disclaimer: We couldn’t add all of the stories without the consent of every single girl, but those were the ones we were able to reach..

“I was invited to spend a week at my aunt’s house. When I got there and no one was around, her husband tried kissing me. When I refused, he panicked and apologized fearing I would make a scene and tell everyone.”

“Only for him to try and do the same thing the following day. I immediately packed my bags and returned home. Which made him furious. I wasn’t able to tell my mother or anyone about it.”

“I couldn’t be the one to inform my aunt and cousins that their loving father is a sexual harasser who took advantage of young girls.”

“Only to grow up and be sexually used by my own boyfriend against my will; and I don’t know how to stop submitting to others’ sexual desires of me.”

What is even more shocking is how these women and many others were traumatized and had to sacrifice their rights and dignity to protect the predator for years.

The issue is no longer that these women weren’t believed, but family members (be that mother, father or brother) would rather live in denial than to start a family feud over something like their daughter’s body!

Other girls were judged for being “too sensitive” or given excuses like that their harasser; uncle, brother or worst father was mentally ill, drunk or even didn’t mean it!

Which has led to the phenomenon of sexual harassment being all too common, without anyone daring to talk about it. So, harassers use the silence of their victims to get away with it without any punishment and the girls continue living in shame.

And with the age-range for these girls being from 4 to 19, they often felt they had no other choice or option but to cave and sacrifice their basic human rights.

The sad reality is, sexual harassment will continue to happen behind closed doors, and our loved ones will probably still turn a blind eye. We will also take the easy way and avoid confrontation over a taboo!

But hopefully, such stories will continue to come out until we break the taboo altogether. Families need to know that it’s okay to cut ties with a father, brother or uncle if he’s proven to be a sexual predator who refuses to plead his guilt and go to therapy!

Egyptian girls are denied safety on the street; everyone knows that. This should not be the case in their own homes too!

Let’s not pretend we don’t know what is going on in our own homes. Let’s not look the other way because we don’t want to be the reason for family conflict.

Yes, women should speak out. But unless we give them a free and safe space to do it, nothing will change.