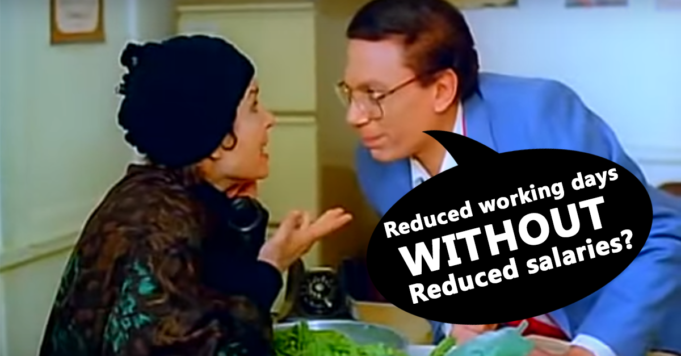 Are we finally going to get enough sleep and not have to deal with Egypt’s torturous traffic every single day of the week?

Upon Prime Minister, Dr. Mostafa Madbouly’s decision, a special committee was formed to look into the suggestion of reducing the working days of some of the employees of the public sector administrations in Egypt, without any reduction in salaries.

The committee headed by Dr. Saleh El Sheikh, Head of Central Authority for Organization and Administration, will present the results of the investigation to the Prime Minister in the coming days.

Reports confirmed that the government’s goal is to reduce cost in general, as well as traffic congestion.

Additionally, it was reported that reducing the working days was not the only suggestion under examination during the time being. The committee is also looking into converting to the “Shifts” system, as well as the idea of the days off being either four or three, depending on the agreement over the working hours!

Could it really happen? Just imagine how October bridge would look like if they actually end up applying this!