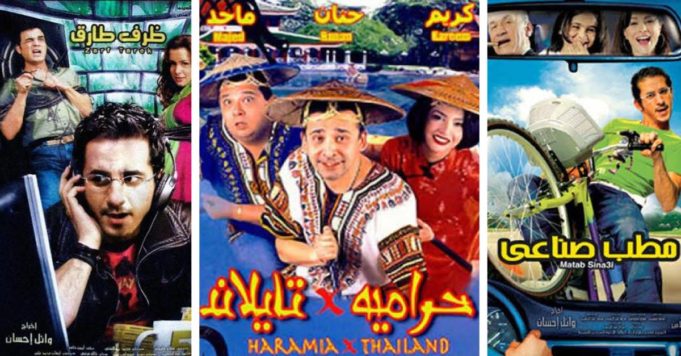 The early 2000s witnessed so many good movies, actors and unforgettable cinema moments. However, we can’t help but get confused with some movies that we often mistake as one. Especially with all the productions and rising stars and “somewhat” similar names and plots. So, let’s remember some of them together!

Both starring Ahmed Helmy and both released back to back, we couldn’t help but get confused. As for the plot, the focal point was winning the heart of the damsel in distress in both films. Yes, you guessed it right, it was “Nour”!

Judging by the title, we were bound to mix them up with each other. At the time, people actually thought that one movie was the sequel to the other. But that wasn’t exactly the case. Yes, despite the fact that Karim Abdel Aziz and Talaat Zakria were the actors!

At this point in his career, Ahmed Ezz was still struggling with some serious identity crisis. To the point where he passed it on to us. Like seriously, we don’t know a single individual who can tell the difference between these two movies!

Happened to you, too? Tell us what movies got your head spinning!