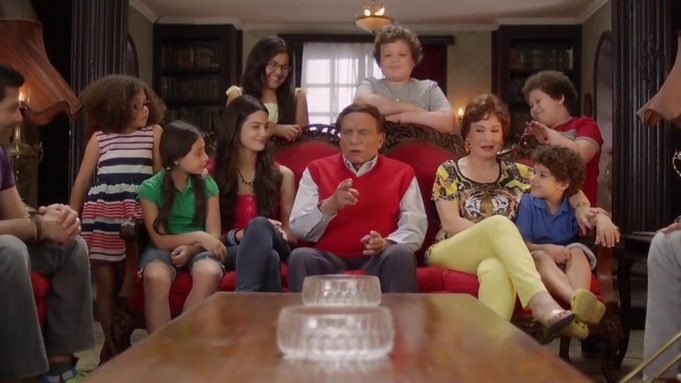 Before they were Egyptian parents, they were young, reckless and restless teens who had dreams bigger than life, that maybe didn’t even include you (their kid). We usually think of parents as entities rather than human beings. We refuse to acknowledge that they were people before they became parents. They were young, confused, awkward and struggled through puberty just like you. But, parents like to shield their kids from the dark and dirty secrets that they harbor. Eight Egyptian parents confessed to us what they would never want their kids to know about their past!

1- “I definitely wouldn’t want my kids to meet my teenage self. I was a lot like them. I used to stay out late, talk back to my mother and not prioritize family time. I’d never tell them that of course.”

2- “I got engaged to the love of my life before I met my children’s father and married him. I never told my husband though, because he wouldn’t have married me. You know how the culture is. I never want my children to know that. To know that my marriage is built on a lie!”

3- “As a young adult, I drank alcohol and did drugs. I would never want my kids to know that their mother did that when she was young, because then they wouldn’t believe me when I tell them that they shouldn’t. They would think of me as a hypocrite.”

4- “I was not a virgin when I met their dad. I got married to someone I didn’t love, because my parents wouldn’t let me marry the man I chose. But I learnt to love their father by time.”

5- “I was once traveling to Alexandria with a bunch of friends when I hit a little boy who was crossing the street. It was an accident and I wasn’t charged for it, but this is the one thing I regret the most in life. It’s why I’m so aggressive when they text and drive or drive carelessly. They don’t know what it’s like to take someone’s life away by accident, and I hope they never have to.”

6- “I would never want my daughter or son to know that her father failed high school and had to repeat it. I always tell them that their education is their greatest asset and if they find out that I didn’t practice what I preach, they most definitely will stop listening to me.”

7- “I used to be a ladies man when I was a teenager. My life revolved around girls. I used to date their mom’s best friend, then I cheated on her with their mom.”

8- “My greatest wish is to become my son’s idol. I would never want him to know that I got a girl pregnant when I was 16 and made her get an abortion.”

Is it best that these secrets stay buried or should parents confide in their kids? Should parents tell their children about all the mistakes/heartaches they’ve gone through or should they keep them in the dark? Tell us what you think!