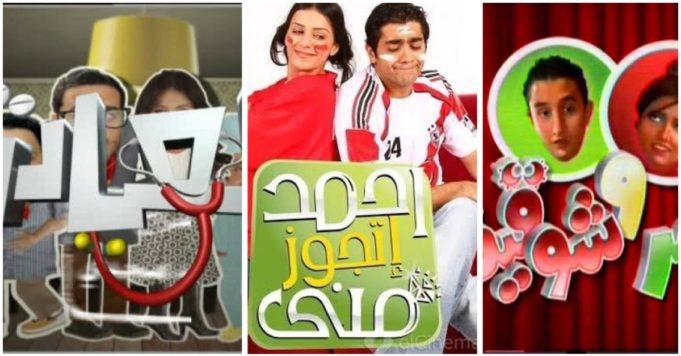 As loyal “Friends” fans, we sure appreciate a good sitcom. And in Egypt, the early 2000s introduced a golden era for some pretty good sitcoms. Some of you might remember them and some might not even realize they existed. On that note, let’s recall together the time when TV was actually really cool!

El 3eyada, starring Basma, Edward and Mohamed Sharaf was one of our favorite sitcoms ever. The show takes place in a clinic and we get to witness all the awkward doctor-patient relationships. It was so hilarious, it was actually quite genius!

2006 was the year that our favorite couple-show came out. How could we forget the never-ending quarrels between middle-class Shaw2ya (Mai Kassab) and bourgeoisie (Ahmed El Fishawy) as Tamer?

Another great sitcom that aired in 2006 is Ahmed Falwks and Injy El Mokkadem’s “Ahmed Etgwz Mona” about newlyweds and all the struggles they face!

Haramt Ya Baba started in 2009 and to our good fortune, it went on for many more seasons. The sitcom depicts the daily feuds inside a traditional Egyptian family. Hassan Hosny, Injy El Mokkadem and Mona Hala were among the long list of stars in the show!

And the cherry on top of our so good sitcoms cake was, of course, Ragel W 6 Setat. This show probably marked the beginning of every good meme on social media up until now.

So guys, hope you had fun taking a walk down memory lane. Tell us which one was your favorite sitcom?