Amidst the many tragic things we’ve got going on in Egypt, comes a pleasant surprise that brought back some positivity back to our lives.

Egypt’s local tourism did not jus recover, but rather increasing in an unexpecting rate that might just lead us to become the go-to tourism destination, again.

After many challenges faced in efforts of reconstructing the tourism industry – of which we are most proud of – the efforts have finally pulled through. 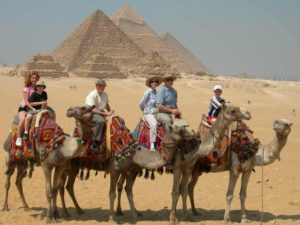 A government official stated to Reuters that during the first half of 2018, Egypt’s net tourism revenue has increased by 77% in comparison with the last year. Receiving up to $4.8 billion, twice as much as we earned last year, is making us ecstatic. 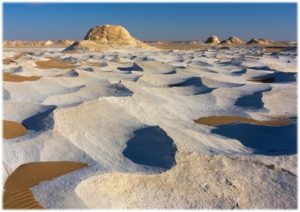 In addition to this wonderful news, our local White Desert National Park is earning a spot in the UNESCO World Heritage List; making it the first park in Egypt to make the list.

A World Heritage site is a landmark or area which is selected by the United Nations Educational, Scientific and Cultural Organization (UNESCO) as having a cultural, historical, scientific or another form of significance and is legally protected by international treaties. The sites are judged important to the collective interests of humanity.

The White Desert might be the first park in Egypt to make the list, but there are seven other Egyptian landmarks in the UNESCO World Heritage List.

Here is a quick peek of the other Egyptian landmarks on the list.

Ancient Thebes with its Necropolis

Memphis and its Necropolis – the Pyramid Fields from Giza to Dahshur

It’s looking brighter for us every day, we hope.