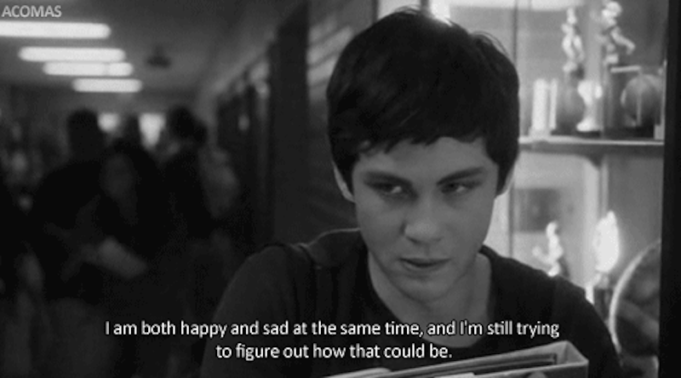 Depression knocks on your door when you least expect it. People often underestimate it, go by their days and pretend that what they’re dealing with is not depression. They convince themselves that it’s just a phase, that all people have problems. We are not sick is what they think, and quite frankly they have every right to think so. The thing about life is that we all have problems. Missteps happen, and a little bit of sadness every now and then is inevitable. What most people don’t seem to understand however is that it’s not our problems that cause us to fall in to the vicious cycle of depression, but it’s our inability to talk about our troubles with anyone. Don’t believe us? Check out what these Egyptians had to say when we asked them about their journey with depression.

2. “My story with depression started when my mother passed away. It was a difficult time in my life. You think that people would be there for you, but they aren’t. I think I got depressed because for the first time in my life, I didn’t feel loved. I felt like the only person who truly loved me or cared for me is gone. It felt like I’m a person who is not capable of being loved.”

3. “I bet you’re waiting for this grand story of why I fell into depression, but there wasn’t anything of that sort. I didn’t have someone die on me. I wasn’t bullied or anything. I was just sad. I was facing some financial difficulties, but it wasn’t like I didn’t know that a lot of people had it way worse than me. I had a lot of friends bail on me, but honestly who doesn’t have that? I was sad all the time, but I never thought I was depressed. I never felt like I needed to talk to my friends about it, let alone go to a psychiatrist. It wasn’t like that. I was normal until I realized I wasn’t. The first time I cut myself, I didn’t even realize what I was doing. Of course I knew that I was cutting my arms with a scissor, but it wasn’t like you would imagine. I was not thinking “OK, I will cut myself now because I’m depressed and I have to inflict pain on myself.” It just happened. I just found myself doing it. It’s funny because I’ve always thought that when people cut themselves, they do it intentionally. It was the first time I realized that it wasn’t like that. Depression was not like anything I’ve ever imagined.”

4.” I never thought I would be strong enough to open up about it. Depression is just not a thing that you talk about. Depression is feeling sad without being able to pinpoint the reason. It’s your body recognizing it way before your mind ever does. My hair was falling out, and I still didn’t know that I was depressed! It’s weird because I always thought that depression is for weak people. I was never a weak person. I ‘m strong. I know it and everyone knows it. But I guess I now know that depression hits even the strongest person out there.”

Finally, as painful as these people’s accounts might be, it’s important that we learn the lesson behind their agony. Depression is real. No body is immune to it. So be there for people. Open up. Don’t bottle up your feelings, and remember that there is always a way out!

I also thought I would leave you with this powerful video. Maybe then you’ll understand the vast effect that bottling up could have on you.