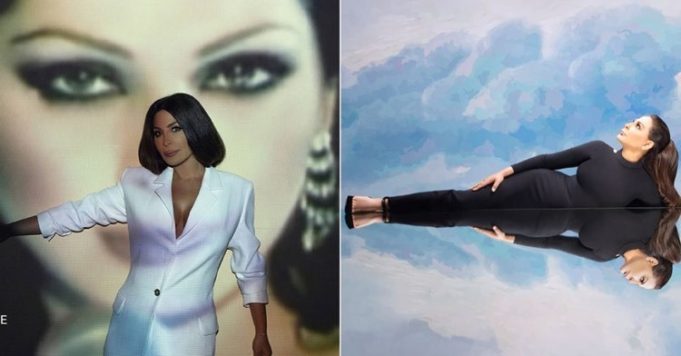 On August 1st, the Lebanese diva dropped the big news. Her long-awaited and what could be her last album is finally out. The album is named “Sahbet Raey” and it holds a total of 18 tracks.

We need to remind you why this is unlike any other album. This album actually fits in somewhat of a narrative.

You see, was it last summer that Elissa announced she wants to pull the curtains on her musical career?

She did go on and on about feeling like she’s trapped in a mafia-run business, right? “Mafia” a word she used again when she dropped this album.

We‘re saddened to see this one of a kind sensation go but we honestly can’t be more excited about the album itself.

We’re also sure you share that same excitement, too. We mean, why wouldn’t we? It’s MAJESTIC.

Upon taking the first look, we knew we were in for something really good. It’s feminine, it’s empowering, and it’s so aesthetically pleasing to the point where it vividly reminded us of that Met Gala “Heavenly Bodies” theme; we honestly just can’t!

Now let’s take on the album Itself

As we previously stated, the album holds 18 records. And let’s just start by saying that Elissa lived up to her reputation and made about 14 of these songs about heartbreak, toxicity, and lost love. Good news though, we’ve got about 4 joyful others!

Here is our review of some of the songs we think really stood out!

If anyone out there still needs proof of Elissa’s talent, we recommend this one song. In the simplest way possible, she summed up what it’s like living in some emotionally unavailable guy’s shadow. She finally knew her worth and ran for her life. PERFECTION!

Elissa is a toughie feminist – it’s as common as air now. But it’s one thing when you’re being an active feminist on your personal life and definitely another when you channel the same message through your work. To easily sum up – not just this song – but most of the album.

Last but not least, Hanghani Kaman We Kaman. Honestly, it seems like the perfect farewell song. It sounds like a clear message from Elissa saying that despite everything, this isn’t the end. Also, we loved the Haifa Wehbi surprise!

All in all, Elissa Stayed true to her beliefs in life and managed to thoroughly express that through her last album.

Artistically speaking we give it 10/10!

You can definitely count on Elissa to leave in style.