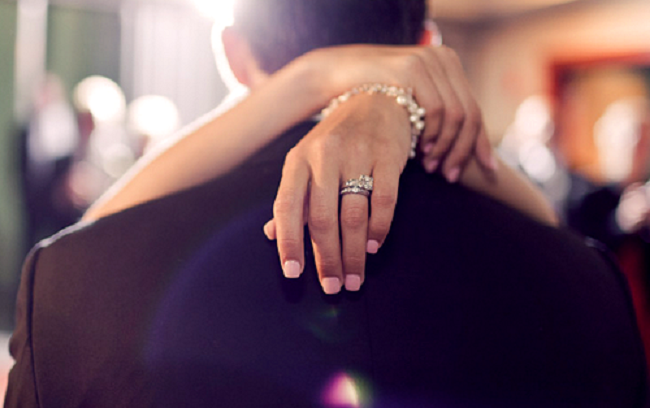 It’s wedding season, engagement season and proposal season; it’s basically everything wedding-ring-related season. Such a special and precious possession should be given much thought and requires some background knowledge. We thought all the happy couples looking to buy a ring could use this guide as a starting point in their quest for the perfect rock. Happy hunting!

So before anything, you need to know your budget.

It’s important to know how much you can spend on the ring. This is the first step you need to take in your journey of buying a wedding ring. The agreement on a budget usually happens between the families. When all is settled, you’re ready to take the next step.

After knowing the amount of money you can spend on the ring, divide your budget on the essential elements that constitute it: the four C’s.

The four C’s are as follows:

The weight of a diamond is expressed in carats. One carat = 0.2 grams and it is also equivalent to 100 points, so half a carat is equivalent to 50 points.

More carats equal more weight, which increases the price of the diamond. Most people think that the amount of carats, therefore the size, is the only factor that contributes to the value of the diamond, but that’s not true. The other C’s come into play when considering the gem’s quality and preciousness.

Clarity refers to the size, number and visibility of inclusions (flaws) in a diamond. Almost all diamonds have minor traces of non-crystallized carbon, most of which are not visible to the naked eye and require a magnifying glass to locate. The less inclusions (flaws) a diamond has, the more valuable and rare it is.

Below is the GIA diamond grading scale used to describe a diamond’s clarity (retrieved from Sabine van Gent); it’s divided into six categories and eleven grades:

FL = Flawless — no internal or external inclusions of any kind visible under 10x magnification to a trained eye, the most rare and expensive of all clarity grades  .

IF = Internally Flawless — no internal inclusions visible under 10x magnification to a trained eye, but there may be some tiny external irregularities in the finish.

I-2 = Included 2 — many flaws clearly visible to the naked eye that also decrease the brilliance.

I-3 = Included 3 — many flaws clearly visible to the naked eye which decrease the brilliance and compromise the structure of the diamond, making it more easily cracked or chipped. 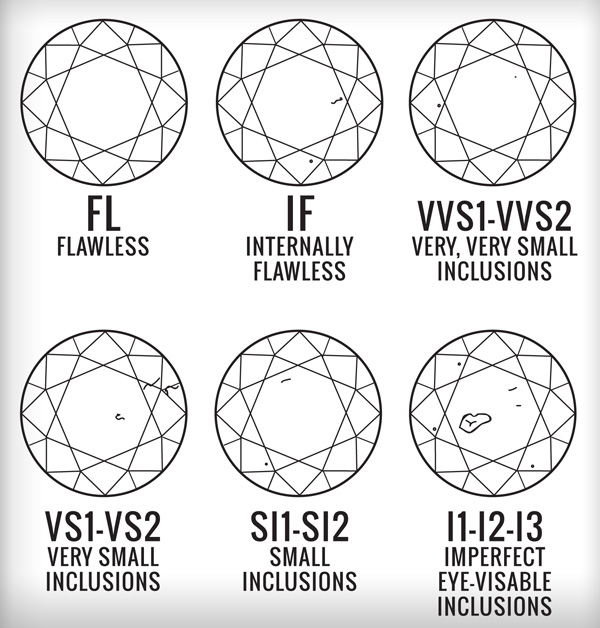 These are the six categories:

While most diamonds appear colorless, most of them have a hint of yellow or brown traces that can more easily be detected when comparing different ones side by side. The colors of a diamond are expressed on a scale that ranges from the letter D to Z, the latter being the darkest and therefore least valuable. D is the perfect, colorless tone; it’s very rare and expensive. The closer you are to the D, the more colorless and valuable your diamond is. Check the image below to be able to visualize the difference in colors.

The “fancy” diamonds are the ones that come in different colors such as pink, red or blue.

The cut of a diamond is divided into two subparts: the shape of the stone and the way with which it is cut. The different shapes available are as illustrated in the image below (round, princess, oval, etc). 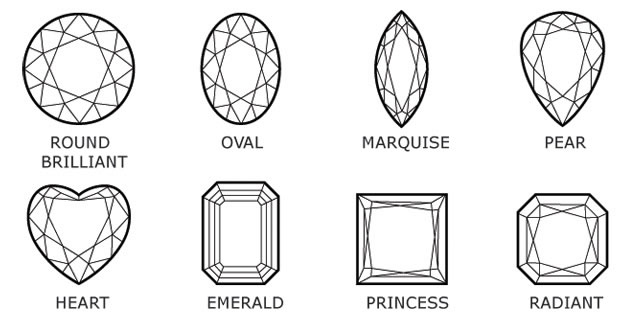 The other component of the cut revolves around the proportions, symmetry and depth of the diamond, which determine its brilliance and overall appearance due to the reflection of the light on its different facets. 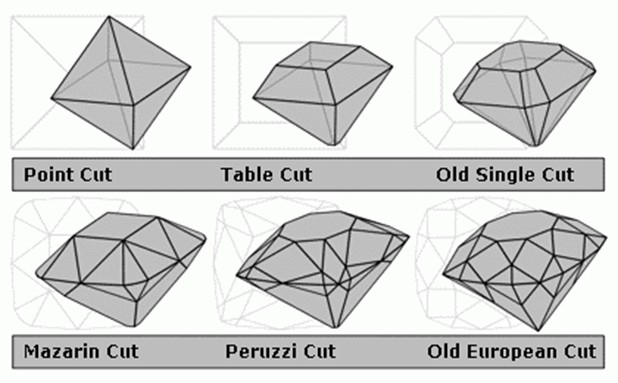 The best cuts allow for the diamond to shine to its maximum potential and for its brilliance to be properly reflected in the light. 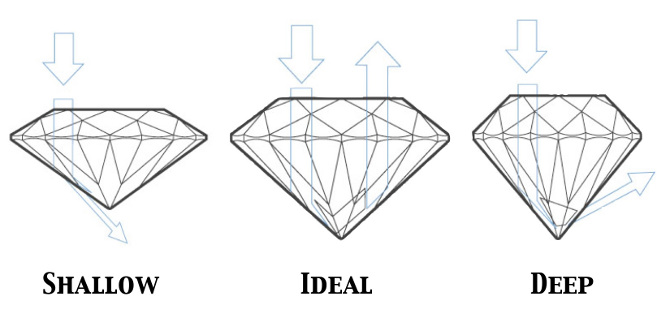 We hope you now understand diamonds a little better. Keep in mind that having a big ring (lots of carats) should not be your sole focus; you want to make sure your diamond is of good clarity and color, as well.

A tremendous thank you to Marc Riad from Lord Jewelry for his extensive explanation of all the information in this article.