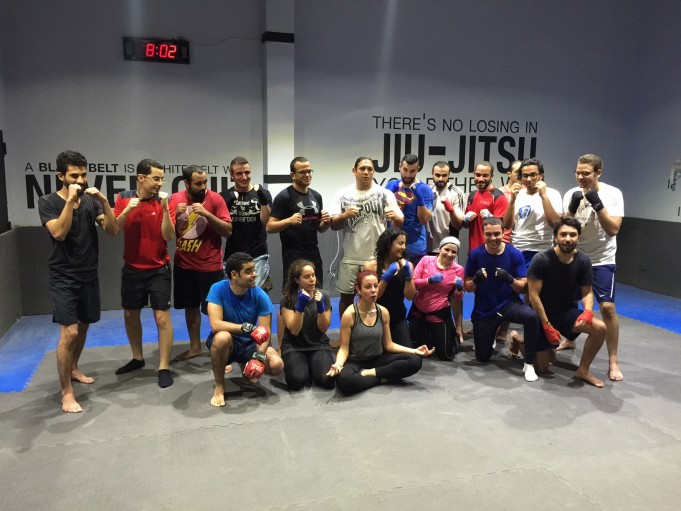 Remember the saying back in school, “The army is the factory of men”? Well, there’s another factory that you can frequent and might even get hooked to despite your busy schedule. From its name alone, Fight and Fitness Factory, better known as F3, you can probably guess that it has an innovative approach to exercise. F3 is located in Maadi’s Courtyard. 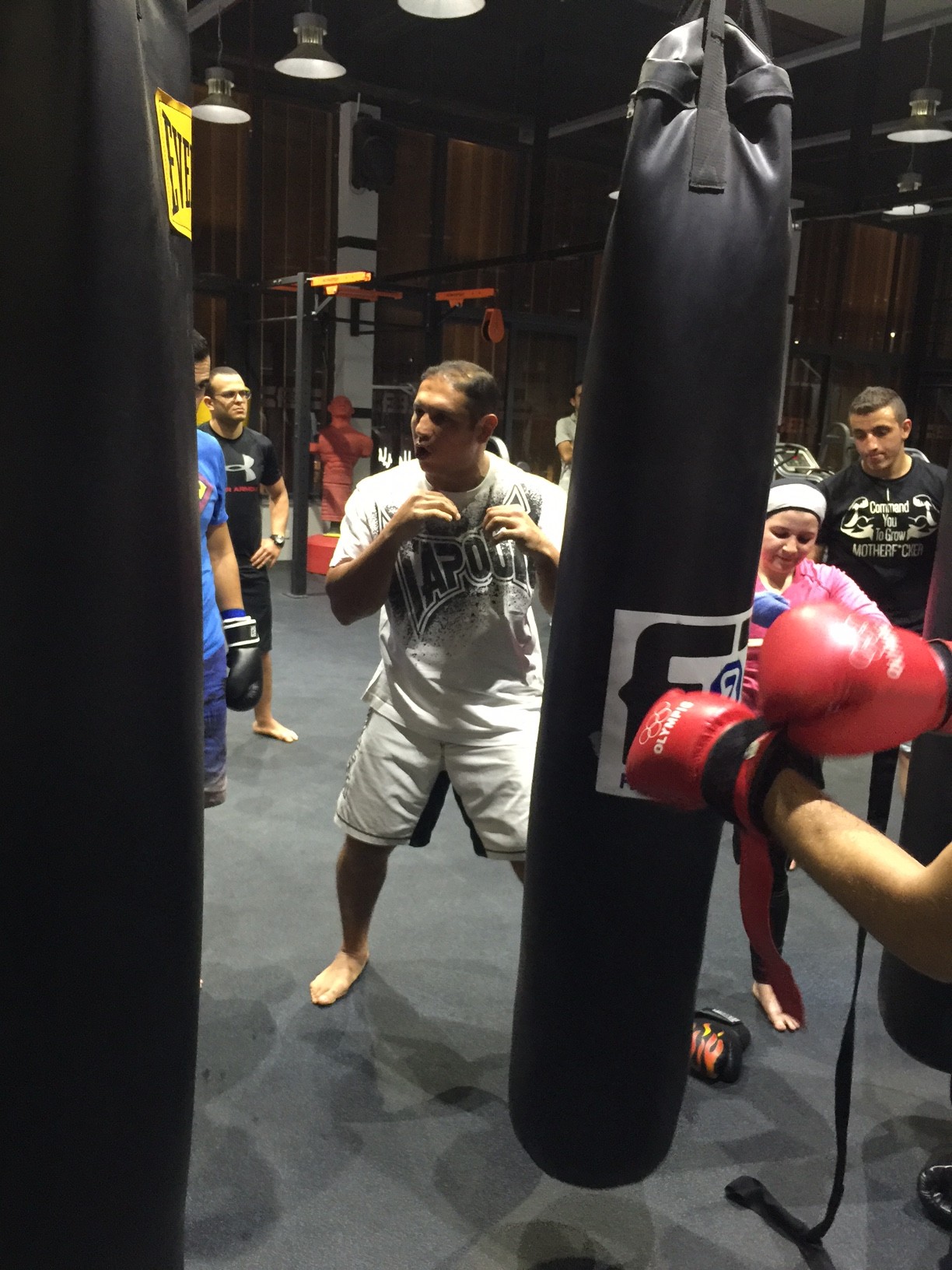 F3 offers an MMA (Mixed Martial Arts) class on Tuesdays from 7-8:30. “This class is not for leisure. It develops beasts that can compete in MMA championships, beasts that do not give up”. That is Amr El Alfy’s message for you as he screams for the beasts to finish up their last round of push-ups during warm up.

Amr El Alfy is a former Egyptian heavyweight champion, professional kick boxer and MMA fighter. He’s also the founder of Dragon’s Den-Dojo. He’s a monster in the ring, and trains people to be just like him. Alfy begins with a light warm up of 15 to 20 minutes (he’s very strict with time) and then starts to uncover the curtains of your inner MMA fighter.

The class consists of fighters and fighters-to-be only. Alfy divides up the class into intermediate and beginner fighters so you don’t have to worry at all if you’re a first timer. After you’ve been exposed to the sand bag for so long, now comes the time to be as light as Alfy in the ring. Either some fighting amongst the participants, or some hardcore fitness inducing exercises wraps up the class. 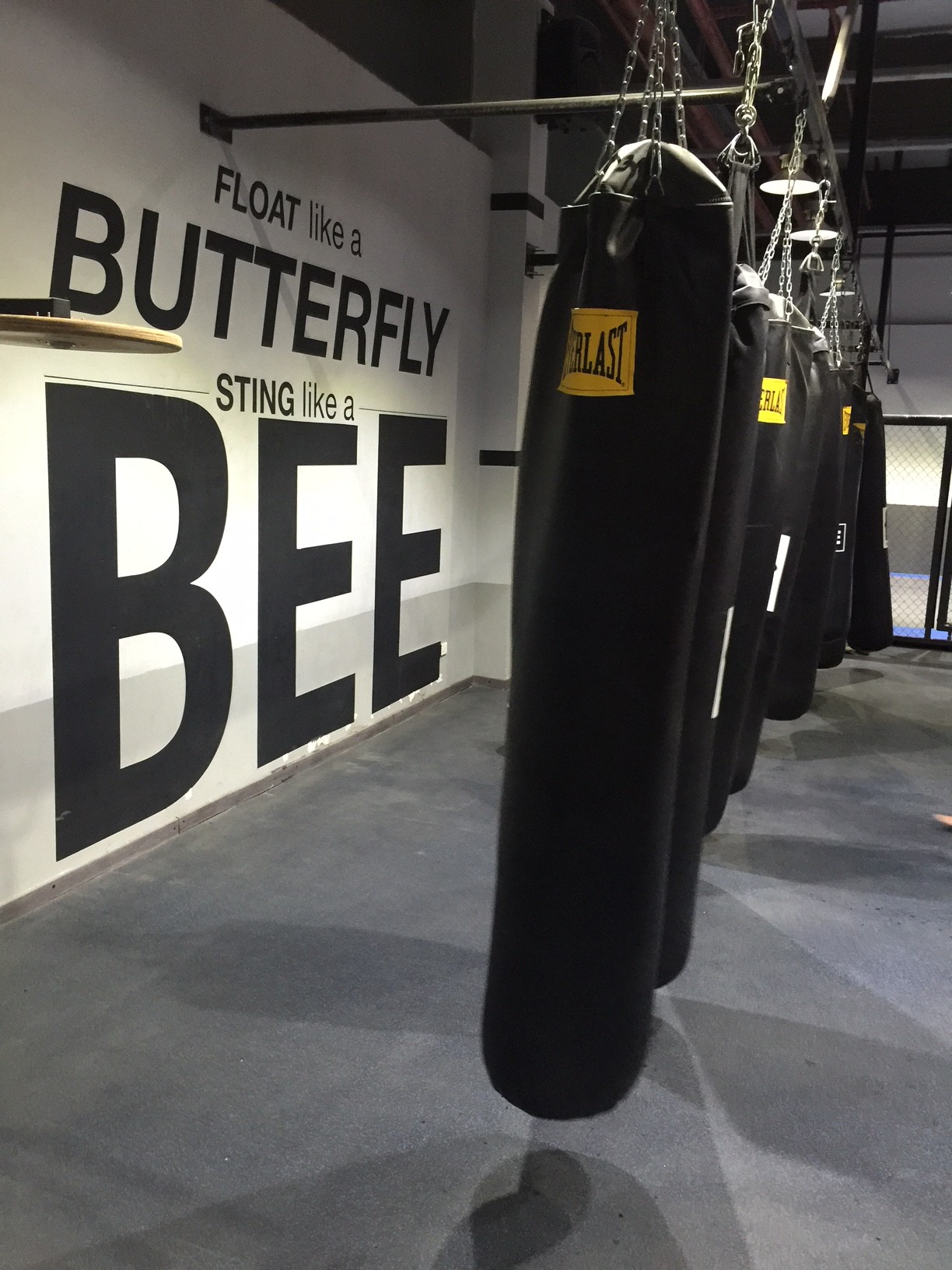 F3 is not just a gym. It will you make a fitness freak, an MMA fighter, a boxer, a kick boxer and a warrior. Legends are going around with a new saying: “F3 is a factory of fighters.”