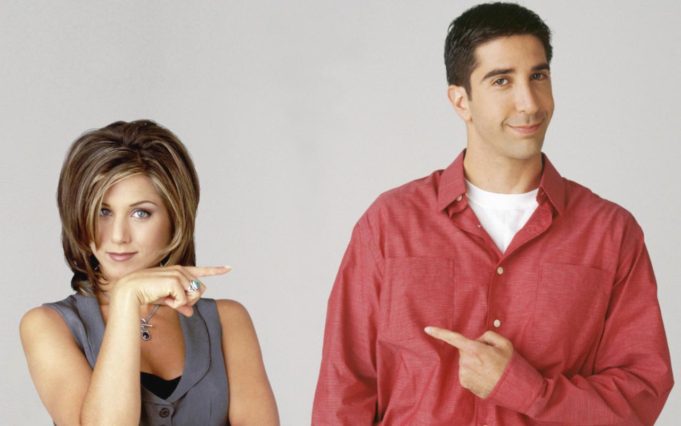 1- Daenerys and Jorah- Game of Thrones

2- Lilly and Marshall- How I Met Your Mother

You’ve been dating for as long as you can both remember. You’ve both reached a level of comfort with each other and tell each other everything. You’ve seen each other at your worst; you’re a fun loving funny pair who are basically attached at the hip at this point.

You two have been drawn to each other from the start. As much as you’ve tried to deny it, you’re meant for each other. You’re bound to end up together, if only the other person can forgive you and realize “You were on a break!!!”

You two have tried being together once but realized it might affect your friendship so decided against it. You know each other so well; you basically know what the other person wants before they even ask for it. You both really love each other but won’t act on your feelings for fear of it ruining what you have.

You both have completely different tastes and interests but somehow make it work. The good thing is you get along with their friends despite the difference in interests and try to make an effort to learn about what your partner likes.

You’re both each other’s best-friend; you make each other laugh. Despite the rough times, you’ve stayed with each other through thick and thin. With this person by your side, you’re sure to overcome anything that comes your way, even long-distance!

When it comes to you two, your relationship is kind of problematic. It’s never been easy. You struggle with things like labels and you’ve never defined what either of you are. Everybody around you assumes you’re a couple but the truth is you’re not!

You started out hating each other. You literally couldn’t stand each other until you started developing feelings for each other! It was hard to believe you’d overcome all odds and connected, despite all the challenges you had.

10- Elena and Damon- The Vampire Diaries

This relationship might seem like it works but the truth is, one of you thinks they don’t deserve the other person. You’re constantly trying to be a better person for your significant other, but it’s tiring because you can’t live up to their expectations.

You’ve met through mutual friends, and though you’ve found it hard to admit, you were into each other from the start. Your relationship is weird and not a lot of people understand it. It kind of seems like one of you is out of the other’s league but you still love each other anyway!

Did we miss anyone? Let us know in the comments!