Identity Magazine
Home Lifestyle Does the “Female Viagra” Actually Work? We Tried it For You!
Facebook
Twitter
Google+ 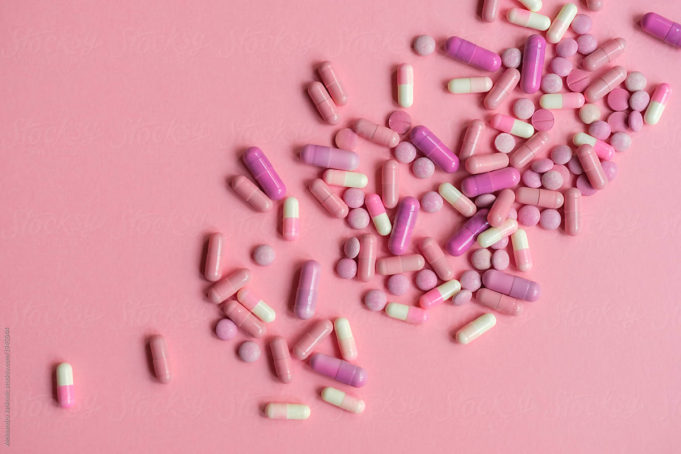 In late November, the female Viagra – aka the “Pink Pill” – caused outrage in Egypt after the Ministry of Health announced the approval of its release in Egyptian pharmacies.

Everyone had a different opinion about the pill, but it was mostly criticism attacking women who would need the pills.

This raises the questions; who are those pills for? And who will actually benefit from them?

The benefits of these pills were announced during an official press conference held by a pharmaceutical company aiming to raise awareness about a more healthy sex life between couples.

This was in response to a report stating that Egypt has the highest divorce rate worldwide, which is, of course, problematic. According to the state, sex will solve the problem.

The idea of a sexual enhancer for women is still a novelty. Officially, the FDA in the United States of America only approved the female Viagra in 2015. Hence, the pill’s side effects on the long run are still questionable.

In Egypt, the pills are sold over the counter, without any doctor’s prescription, which is extremely hazardous, given that any pills do, in fact, have side effects.

But the question remains, are these pills even effective?

We asked five women with five different sexual backgrounds to try the pills, and give us their feedback.

We wanted to survey a diverse set of women who would try the pill and give us their honest feedback.

Luckily for me, I know a lot of women who are very open about their sex lives, and when I asked them to go on a little experiment, they were totally up for it.

Given that the main purpose of these pills is to end Egypt’s divorce crisis, we asked a woman who is filing for divorce to try them and see if it will fix her marriage.

We interviewed a happily married woman, a woman diagnosed with hypoactive sexual desire disorder (HSDD), a woman who just gave birth, and most importantly, a woman who underwent Female Genital Mutilation (FGM).

The first case I wanted to approach when gathering the testimonials was the almost-divorcee. Will the magical pink pill save her marriage?

The woman was up for trying it, but she made it very clear to me that sex is not the reason for her failed marriage – money is the issue.

Even though this woman is pushing for a divorce, she still lives with her husband. She spoke to him about the pill, and why she’s using it. His response was a fight over her spending money on useless items.

The fight got so severe, and did, in fact, lead to their divorce. The couple did not even get to see if the pill is effective or not.

Out of everyone I asked to try the pill, she was the most excited about it. The woman already has a stable sex life but was up for something new.

She was the first case to actually try the pill, so I was anxious to know the results.

The results, however, were disappointing.

According to case #2, the pills were extremely ineffective. Moreover, she has suffered from the side effects almost immediately.

The pill caused her extreme sweating and irregular heartbeat and eventually led to 3 days of extreme anxiety. She claims the sex was worse than regular, due to the anxiety, and said she would rather never have sex than ever use these pills again.

Results of Case #2: Another Fail.

I was starting to get frustrated and thought of scratching the article. Then case #2 told me she has a friend who is officially diagnosed with HSDD, and maybe the pills would work for her.

I started to get hopeful again and contacted case #3. To my surprise, case #3 has already tried the pills and was willing to share her experience.

And lo and behold; the pills finally worked for someone!

Case #3 has been divorced before due to her disinterest in sex. She said that she considered herself asexual and never gave it a second thought. After her divorce, she sought help from a professional and was diagnosed with HSDD.

However, this woman got remarried last month, and tried the female Viagra, and it worked.

According to her doctor, who actually recommended the pills for her, she will be following a schedule where she will later not need to be dependent on the pills and might regain libido naturally.

She said the long-term results, however, will be noticeable after 6 months.

Out of everyone I wanted for this mini experiment, this was the hardest case to convince. She said she feels gross and tired after giving birth, and a pill will not change that.

I thought of getting the testimonial from both of them since I knew them both quite well. When I asked about the result, they both said, at the same time, it was very “meh“.

The woman claimed that the pill, did in fact, raise her libido which she lost since giving birth (she had her baby 2 months ago). The pill did not, however, help her with her tiredness, and overthinking about the baby. The husband also agreed.

They both also agreed that the pill might work for them in a month or two when they are used to being parents and aren’t as worried and preoccupied as they are now.

This was the hardest case to find since I personally don’t know any woman who is open about undergoing FGM.

I did not want to publish this article without having a testimonial from a woman who underwent FGM, so I made it a mission to find someone who would be willing to participate in this.

After some research, I found an activist (who asked to remain anonymous) who works on illegalizing FGM. I contacted her, and as it turns out, she, herself, underwent FGM and already tried the pill.

According to case #5, the pills do increase the libido, but they didn’t solve her sexual problems.

She claims that she hates sex due to the pain she feels during sexual intercourse, which the pill obviously doesn’t fix.

Case #5, however, said something that was very interesting; she doesn’t know what good sex is.

Case #5 had her labia removed when she was 9 years old and said she doesn’t know what sexual pleasure is, and even though the pill made sex a bit better for her, she still doesn’t think it’s all that great.

She continued saying that the Ministry of Health is to be credited for trying to make sex more tolerable for women, however, these pills are targeted more towards men than women.

As for their intentions of reducing the divorce rate, while she has no official statistics, she is confident that the majority of divorces caused by sexual issues are due to the fact that the women underwent FGM – which does make sense.

In her opinion, the government should be putting more efforts to solve the FGM problems rather than give men a pill that makes them think this will solve the issue and force their wives into having sex with them.

After getting testimonials from five different women, with five different situations, I still fail to know if the pills are in fact effective, or just another medical novelty.

The fact that it worked for someone, and made sex tolerable for another makes it sound like it might be beneficial for at least a small percentage of women.

My concern, however, is still valid. This should not be an over the counter solution, nor should it be considered a magic pill.