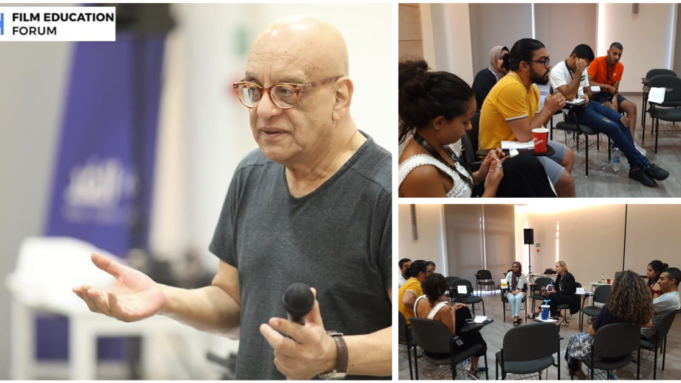 Being a filmmaker in Egypt can be rather challenging to be quite honest. And the amount of creatives who are trying so hard to chase their dreams is endless.

Which is why when we first heard of the Film Education Forum (FEF), we thought: Well, no. That one can’t be true. However, what we saw and experienced in Gouna, was outstanding and proved us wrong.

The FEF is an independent initiative that aims to support the development of skills for young film talents who have limited access to adequate means of expression.

What do they do?

FEF launched in Gouna on September 21st, just in time for the Gouna Film Festival (GFF), when everyone is in the city. Which is very smart.

The program lasted until the 26th. With 25 students taking a variety of film classes; from seminars to masterclasses, panel discussions and round tables.

The purpose of the courses and workshops is not just to teach filmmakers and students about film-making concepts and the industry in general.

Most importantly, they teach them how to commercialize their ideas and films in a market oriented environment.

How do they do that?

According to a couple of students we’ve met and talked to when we attended the workshop ourselves, FEF gives film students and creatives the opportunity to showcase their talents with mini productions in front of a very respectful jury in order to judge their work and give them useful pointers.

The jury and honorable guests who usually come to attend the workshops and meet with the applicants include Egyptian film director Khairy Beshara, director and producer Mahmoud Safey El-Din، director Tamer El-Ashry and actor Mina El-Naggar.

Other than those prestigious and very experienced figures discussing the students’ works with them as part of the program, they even go to the extra mile and give them their personal numbers for further inquiries.

Honestly, it’s very inspiring to have something like that here in Egypt. And we can’t wait till it moves to Cairo so that more students can apply on the website and join the once in a lifetime experience!