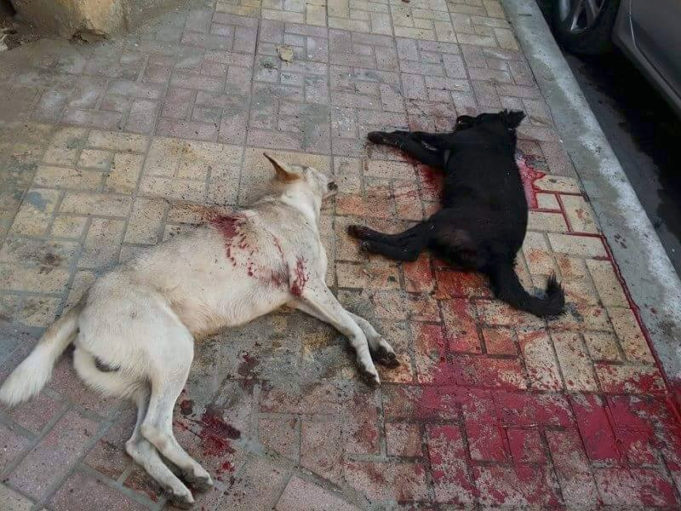 Some people would argue that human rights are well ignored in our country for the authorities to even pay attention to animal rights, which is viewed as a secondary and lower issue. Well, a human has a voice to speak his mind, but those poor creatures can’t voice their pain and advocate themselves, it is our job!

Despite the relentless efforts of animal activists all around Egypt to guide the authorities on how to deal with stray animals and how to control their reproduction, it’s all going up in smoke. The merciless killing sprees of those innocent animals continue.

So animal activists, animal advocates and animal lovers across Egypt have decided to stand together against the cruelty toward these animals and to stop the massacre.

First off, a petition to pressure the authorities to stop the killing and poisoning of stray dogs (which is something forbidden worldwide) is going viral, so join in, each and every voice will count to help these defenseless creatures.

Second off, our Veterinarian Syndicate is launching a new law that protects the lives and advances the interests of animals through the legal system:

The law enforces to stop blood sports that involve any kind of animals.

It grants the animal the right to receive vaccinations.

It provides the veterinary services authority to take the necessary measures toward stray, abandoned and unlicensed animals.

It prohibits the use of animals in exhibitions, advertising campaigns or artistic works in an inappropriate manner or ones that could cause harm or pain to them.

It prohibits the work of animals with a poor state of health.

It also prohibits the killing of stray animals or aging ones by poisoning or shooting them, or by any other painful manner. A veterinary doctor has to assist if the animal was in pain, and death is an act of mercy that can’t be avoided.

It’s only one step, but we have to start somewhere, and this is a real victory in the battle to create a better environment for animals in Egypt.