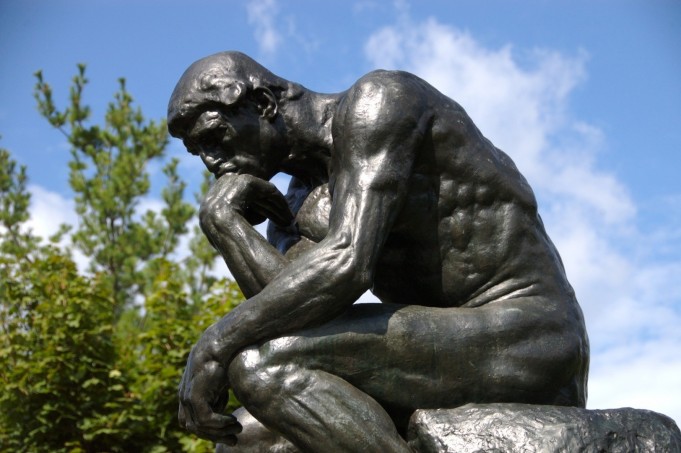 The real problem with our generation is that we don’t think for ourselves anymore. I can’t remember the last time someone told me their opinion. Most of the time, when I hear other people’s opinions, it’s not really theirs. It’s what society planted in their minds. It’s not even rebelled-against society anymore; it’s mostly social networking websites and teenagers on the internet.

When you go shopping with your friend and they try something on and you tell them it makes them look fat, does it, really? Do you think that’s the rating measure, or has society decided that the key to looking nice is being neither too fat, neither too thin? When you think of a celebrity who is not commonly liked, do you really dislike them? Or has the hundreds of tweets and articles you come across dissing them got into your mind and made you think that that’s also your opinion? Most people read the slamming articles and automatically agree that something is racist or sexist, or that someone is a truthfully a terrible influence. That’s simply because we don’t take the time to think for ourselves anymore.

We don’t take the time to calculate things, even for just a few seconds, “Do I really hate this girl everyone’s making fun of?” “Do I really agree with this?” “Is this really sexist?”. Previously, we had to the deal with plain-society’s pressure, now, there are thousands of other factors that are blocking our minds and not giving us time to acknowledge what we truly think, absent-mindedly tricking us into thinking that it’s our own solid opinion. Just because a tweet has 50k retweets or an article is being passed around everywhere on Facebook, doesn’t mean it’s true and most importantly, doesn’t mean you have to agree with it.

I’m not saying that everything on the Internet is deceptive and trying to drag you down, I’m only saying that you shouldn’t agree with something right away. We’re all thinking we’re becoming free speakers, when in fact,we’re just building up this pack mentality. The issue is, if a tweet with 4k retweets could convince you about something silly and form your opinion about it, then it can convince you about much more serious things. The hardest block on all of this is the fact that we truly believe that we are free. What makes it ten times harder to fight this systematic coma we’re thrown in is the fact that we don’t think we are being directed. We simply think all these thoughts are merely ours when in reality, most of them were just thrown into our heads.

All I’m saying is, before you agree or form an opinion about something, check the sources, stop and ask yourself a question or two. Is that really what you think, or is that what’s currently floating on the Internet so your mind tricks you into thinking that you agree? Whatever the answer is, think again.