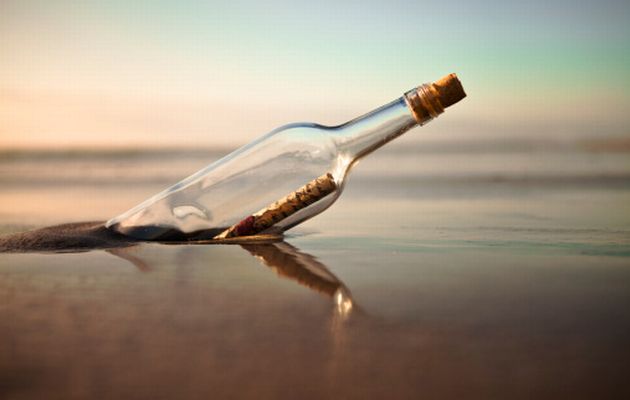 Now, it’s the Egyptian women’s turn to speak out. In response to last week’s From Egyptian Men to Egyptian Women article    , I reached out to all the ladies I possibly could and asked them what they would like to say to Egyptian men if they had the chance.

Disclaimer: I surveyed women who were willing to participate anonymously, as per my agreement with them. I did not have a biased mindset when working on this. I do not necessarily agree with every statement below; I am merely a messenger between the two genders. I wanted both men and women to express themselves freely and did not give them restricted guidelines to follow so as to not influence their views. My aim is to get both genders to truly understand how they feel about each other, in hopes of promoting better mutual communication and understanding.

Without further ado, there you have it, the statements from a number of Egyptian women:

“Women/your wives are not your servants. There is no superior gender, so stop treating women as if they’re inferior.”

“No matter what I wear, I’m still harassed.”

“Do not be intimidated by a woman’s intelligence.”

“Originally, the culture of our men is all about being a gentleman, protecting and respecting women. Please remember these values and more importantly, remember that this does not by any means indicate that women are inferior or unable to do the same things as you.”

“Love me for my mind and not my body.”

“When we are nice, we are being polite. We are NOT flirting.”

“Don’t expect us to act smart (da el “new” moda that the girl is more attractive when smart and confident) but hate us and despise us if we’re smarter than you.”

“We are not your house slaves!”

“If I could say one thing to Egyptian men, it would be to stop behaving in ways that disrespect the women who love them just because they will allow it. Stop humiliating women when speaking about them; start protecting women’s vulnerability. Be sensitive to a woman’s interest or disinterest and be respectful to both. Be objective. Be vulnerable; give.”

“Stop staring at our bodies.”

“Women are not in any way, shape or form any less than men nor should be granted less rights. We are equal.”

“Having different body parts doesn’t define us and doesn’t limit us from doing anything.  We are fully capable of controlling our lives without this holy domination that you take for granted because you’re a man.”

“You don’t have to follow society’s definition of manhood. If you want to cry, cry.”

“Every woman should be treated like a queen; why do you curse mothers?”

“Fathers, stop trying to control your daughters; learn to start controlling your sons instead and stop justifying rape. We NEVER ask for it.”

“If you are a real man, protect me on the street instead of harassing me. If you don’t do that then sorry to say you are losing your humanity and turning into a living being deprived from the only thing that differentiates us from other creatures, morals.”

“Being nice and polite to a woman is not being “gay”; it is what a true gentleman is made of.”

“Men preach about equality and human rights yet when it comes to women double standards seem to always fall into play.”

“Before performing an act imagine how you would feel if it was done to YOU!

Flirting, harassing, cheating, shouting, and lying will certainly make you look more of a man in front of your male mates but not in front of females, or God.”

“We have a voice and it’s louder than yours.”

“Estargelo. El regoola mesh bel shakl. This could be your sister, mother or daughter; be careful.”

“Whatever you do to other girls can happen to your own daughter, mother, sister, aunt or wife. Karma’s gonna get you.”

“Don’t think you’re superior to women just because you happen to be a man!”

I’d like to extend my warm and sincere thanks to all the ladies who gave me a piece of their mind for this project. I loved how many of those I asked were willing to pass the message along to their friends and helped me gather even more statements. Props for the enthusiasm, ladies.

Fellow men, I hope this helps you understand what a portion of Egyptian females have to say to you at this time. Long live Egypt and the hope for better ties between its men and women.