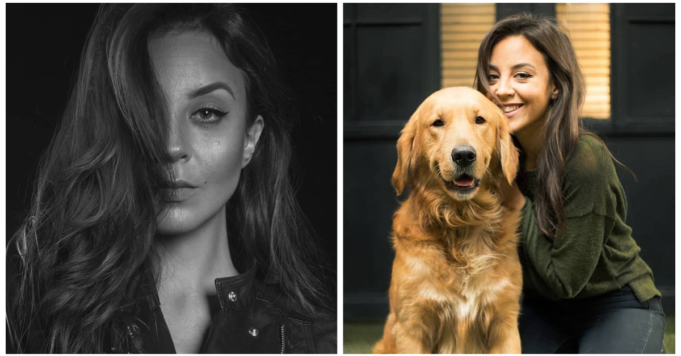 In the first part of our interview with Mariam El-Khosht, we talked to her about the trending hit series “Leh La2“, the causes she supports, as well as her recent and upcoming roles and projects. However, this time, we wanted to get to know her on a more personal level, so we asked the talented actress a set of quick and fun questions about her favorite movies, series, colors, and more!

I’ve always had both and I honestly can’t live without either. Especially since they’re both very different and each of them gives a different kind of affection. Dogs are so kind, loyal, cheerful and always make you laugh. Cats are proud creatures that make you feel special and accomplished when they give you love or approval.

That’s so difficult, but movies!

That’s also so difficult, I have so many series that I consider the best or that are some of my favorites! But to name a few: “Sex and the City“, “Segn El-Nessa“, and I also love the older ones a lot, like “Lan A3ish F Gelbab Aby“. And some of the popular ones of course like “Game of Thrones“, “Friends, “How I met Your Mother” …etc.

I’m a huge fan of Gary Oldman! And also definitely Roushdy Abaza, I love him a lot.

Sienna Miller’s “Factory Girl” is my absolute favorite movie of all time! As for my favorite Arabic ones, I really love Kamal El-Sheikh’s “El-Leila El-Akhira” and I also really love “El-Zoga El-Tania“.

I have a lot! Abdelhalim, Warda, Amr Diab, and the Beatles. I’m a huge Beatles fan, massive!

Currently, I listen to Wegz all the time! I could even say I’m a hardcore fan. As for my favorite songs of his, they’re “Horreya“, “Bel-Salama“, “Keda Keda“, and of course, “Dorak Gai“.

A country you’ve always wanted to visit and a favorite one you’ve been to?

The Czech Republic and Holland!

Do you believe in Horoscopes?

I believe in general guidelines and some personality traits, but not like “Today is going to be a good day for you”, or “This year is going to go in a specific way”…etc.

What are you doing in quarantine?

I’ve honestly been binge-watching a lot of things, and like everyone else, I’ve also been cooking. But I’ve always liked the kitchen, not just in quarantine. Another thing that I’ve been doing these days is singing actually. It’s been a while since I’ve had time to do that, so I’ve been collaborating with a few friends like Sedky Sakr and Maged Mekawy.

That’s it for our interview with the beautiful and talented Mariam El-Khost. We had so much fun talking to her, getting to know her and learning about her favorite things.
Keep watching “Leh La2“, and let us know what you think about the series and Mariam’s character!