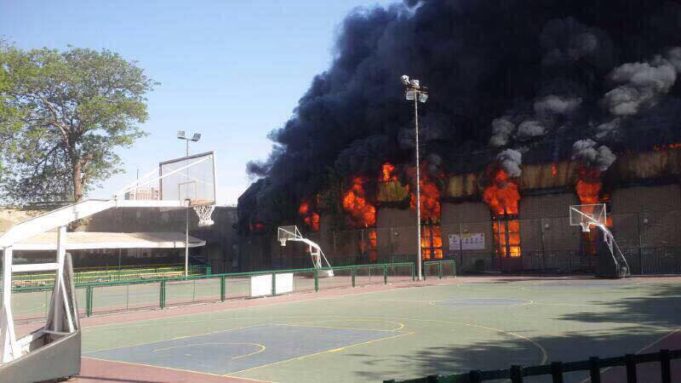 Yesterday, a huge fire, caused by an electrical short circuit, erupted at the gymnastics hall at Gezira Club causing the entire center to collapse.

Massive visible clouds of smoke could be seen in the skies of Zamalek as the fire was hard to contain. Now, the club is temporarily closed until they deal with the aftermath. Fortunately though, there are no casualties. There are, however, psychological casualties!

The Gezira Sporting Club was a comfort zone and home to countless people during their childhood. Every nook and corner of the place brings back memories and induces instant nostalgia for many of us. So, to see even a part of our childhood safe haven burning up in flames will stir up some flames inside all of us in return!

With that being said, the most important thing is that no one was hurt in the fire! And we can’t wait for the club to reopen and for children, adults and teenagers alike to go on with their daily routines!