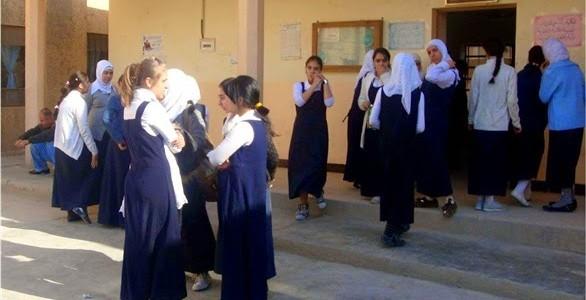 A junior high school in Sharkeya has stirred up a lot of controversy by issuing a new policy that mandates all Muslim girls to wear a hijab as part of their school uniform. 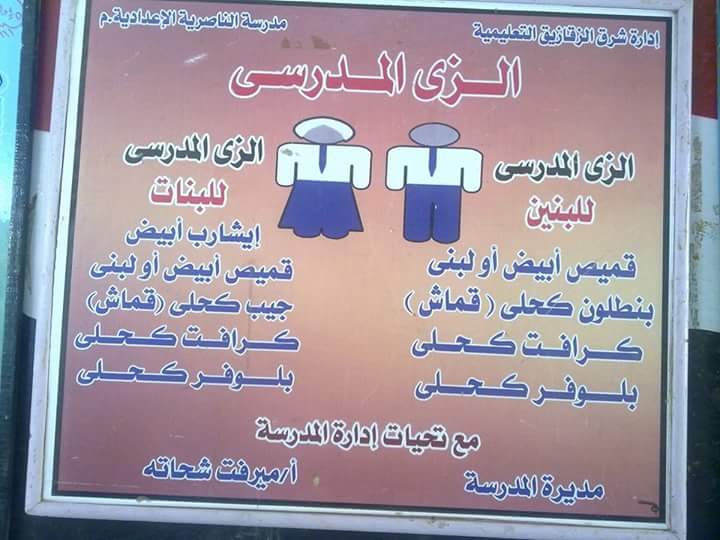 Unfortunately, this phenomenon is not new. Many schools force girl students to wear hijab. Some even go further as to cut off their hair, if they show up unveiled! Parents have been protesting against the school for forcing their daughters to wear a veil against their will. One parent, Hana Shamekh, has spoken up about the issue. She admitted that her daughter was subjected to violence and mistreatment by her teachers for not wanting to wear a hijab. Her daughter has been complaining that she can’t focus nor study because she’s not used to wearing it.

The school, however, dismissed all complaints. The headmistress refuses to let any girl into the school without abiding by the nonsensical policy she’s forcing upon them. Shamekh eventually went to the school herself and protested the policy. One of the teachers belittled her by pointing out that not wanting her daughter to wear the veil is equivalent to not wanting her to be respectful. 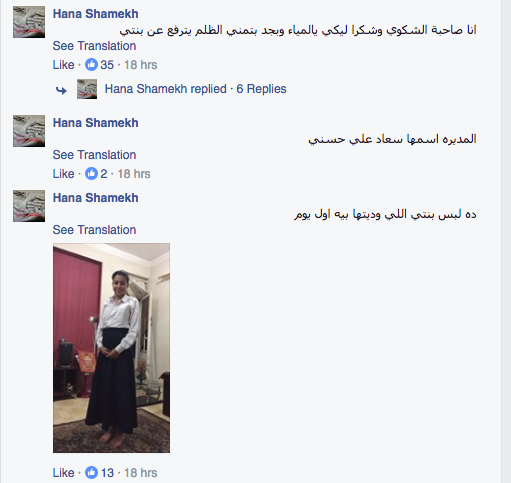 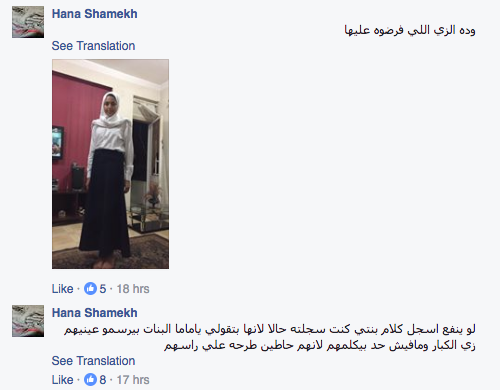 Among these parents is also Lamyaa Lotfy, the Program Director of New Women Foundation. The school called her one morning, notifying her that her daughter is not allowed in school because she’s not wearing the “complete” school uniform. Lotfy explained that the headmistress uses the word “scarf” instead of “hijab” in order to evade the issue of religion. She preceded with issuing a complaint to the Ministry of Education. Currently, a committee is investigating the issue at hand.

It’s ridiculous to think that a school principal believes she has sufficient power to force girls to wear hijab against their will! This only objectifies girls and violates their personal liberty. The headmistress thought her voice is so powerful that it should have gone undisputed, only to find people whose voices are louder! Do not let anyone take away what women are trying to achieve or bring them down, even if it’s another woman.

Spread the word and the hashtag #الاجبار_على_الحجاب_في_المدارس around.