Identity Magazine
Home Entertainment Got A Weird Others’ Inbox Text? So Did These 8 Girls!
Facebook
Twitter
Google+ 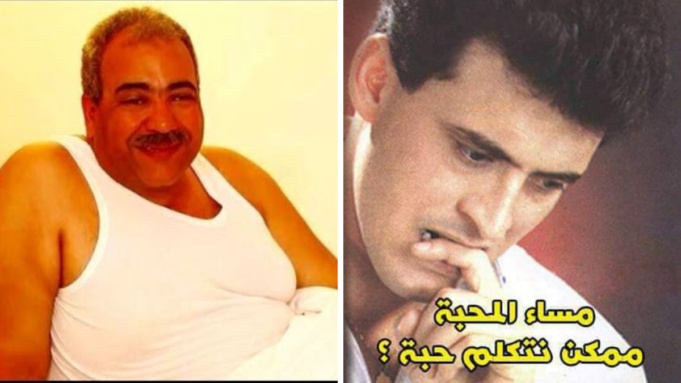 Few things in life are almost as weird as an Egyptian girl’s others’ inbox. We don’t think we need statistics or anything to prove it because, wow, are the examples everywhere to be seen!

Now that you’ve read this, you probably know where this is headed. And where it’s headed, as you may assume, will include a lot of feet and references to other weird things.

For this girl, the weirdest message she’d ever gotten read more like a newspaper ad.

“He was describing himself,” she said. “He said he’s a divorced man who is 43 and from Cairo. Apparently he was a Physical Education major in college too!”

Yes, sometimes you can and will experience strangers going to your inbox to type very weird things.

“It was so strange,” the message receiver said. “He just went in and said we needed to go to the beach — like, that’s a mood but no?”

This “others” texter is, by virtue of being in the inbox, very strange but, you know what? At least, he’s a gentleman.

Here’s what the girl said: “He just typed that someone wanted to pay him a lot of money so he could hack me but he couldn’t do it — original!”

“I’ll be a literal slave for you”

What’s an article about messages we get in the others’ inbox without at least one text like this one, really? Sadly, these messages aren’t abnormal and this girl can attest to that.

“He talked a lot about being a slave to me…and yes, feet were mentioned – I don’t want to say the context.”

“If I see someone prettier than you, I’ll tell you right away”

Gotta love that creeper’s honesty, right? Well, this girl sure thought it was something.

“He was sending me ‘hi’s for weeks but I didn’t respond,” she said. “But one day he said that if he saw someone prettier than I was, he’d tell me about it. Okay?”

“Finish what you’re doing and call me ASAP”

Confidence makes people attractive, it’s said. But you really can’t be confident, bossy, and a stranger and expect things to go your way, really.

“He texted me that I better finish up whatever I was doing to call him right away,” one girl said. “Because he needed to talk to me!”

“Can you tell me…if you know”

Yes, that’s it. According to this girl, this stranger texted her exactly those words above. “Can you tell me if you know?”. With no previous messages or anything.

“Aren’t we getting married?”

For a stranger on the internet, this next texter sure is bold and already thinking of the future. Props for him if he ever was this forward with someone he actually knew.

“He texted me asking if we were getting married or not,” the girl said. “And he also mentioned that the bride usually buys the carpets and the curtains. I was just as surprised as you are — it was news to me!”

We couldn’t just translate this one because a little pickup poem that references koshary is just about as Egyptian as it gets!

“I appreicated how self-aware he was, to be honest,” the girl said. “Not everyone calls themselves out for being creepy like that.”

“He sent me a meme and, I’m not gonna lie, I laughed,” the girl who got the message said. “But it was so weird because no one ever goes on a “fate and love” tangent before they laugh and meme it up!”

Well, at least he gave her some good laughs before getting that block button!

“Can we skip to the part where we date?”

Once again, let’s focus on the boldness of the text because some people are too brave with people they don’t even know — like they’re in a 2010 teen movie, exactly!

“He talked a lot about how I’d react,” the message receiver said. “And how I’d say I won’t talk to him and how he’d spend hours to wear me down before I agree to talk.”

She adds, “And then he said why don’t we just go to the part where we date, real quick!”

A Shakespearean “I tried to stop myself but I couldn’t”

This one, in all honesty, was only kept for last because this texter really brought out their writhing muscles before conjuring up their messages.

“It was actually impressive,” the girl who got the message said. “He wrote all about how he tried to stop himself from texting me but his head just couldn’t overpower his heart and that’s why he texted me — it was very poetic!”

What’s the weirdest message in your others’ inbox?