It’s this time of year again. The sun is scorching, street vendors are quasi-singing, and people are graduating from high school and college.

A graduation is always an important event. It’s a milestone, no matter what stage you’re in.

Wearing that cap and gown is what we all look forward to on our academic journeys, for a number of reasons. 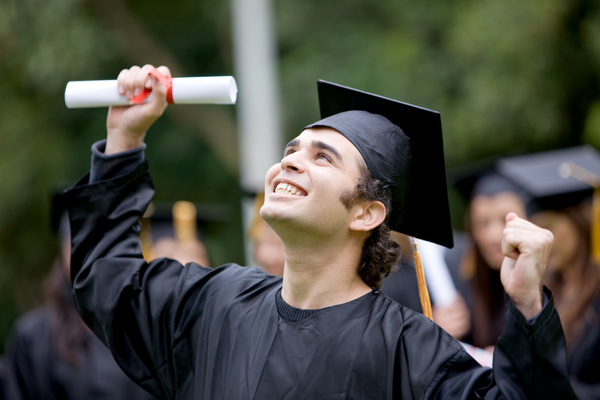 The most noticeable trait making high school grads and college grads completely alien to each other is the disposition.

Any person who has just gotten their high school diploma always looks to the future with a certain optimism. You can tell because they will tell you all about it.

“I’m going to change the foundations of my intended college“, one might say.

Another might mention that they’re going to be the world’s best smile-maker.

How different can acing college classes be when you need 85% percent to get the highest grade, right?

Assuming you’ve got good grades, the new question on everyone’s minds and mouths is one we all know too well.

So, what do you want to study?

We can all agree that this is a question that no one likes. It puts a person on the spot and it could get worse.

If you don’t have a solid idea of what you want, it’s just a free-pass for everyone else to make you live out their dream fantasy.

You’ll get told that success is relevant, but you’ll also get told that doctors make the most money. So, do engineers and accountants and TV presenters.

Basically, anything your current relative is fond of is something that will be made to look like the ‘rare shining jewel’ of Egyptian education.

Arguably, out of everything, stress is the one thing we all share in common.

Except that the stress is different.

Other than personal life drama, a high school graduate can only worry about a few things.

Leaving high school makes everyone think they have a good idea of what academic stress is, especially if they’re ‘Thanaweya ‘Amma graduates.

These stresses are mostly caused by tutors and their sessions, exams, test results, and worrying about the future.

The last of which is also another thing all graduates share.

The summer after high school is the best.

For the first time in a while, you’ll get to binge your TV shows and stay up all night to do nothing at all.

Sometimes, your parents could even get sick of your home stay so you might get a free roaming around pass.

In a way, that last summer is the transition period between school and college, which most people try to make enjoyable.

Sure, they’re starting college and that’s a whole other ride. They’re also energetic, though.

They are blessed to have their options and a semi-solid idea of their future plans. Even if they don’t, these graduates are still excited.

A new chapter is starting and whether or not it’s a train-wreck, they still fully-intend on muscling through it.

High school graduates might find that life is not all rainbows and butterflies, even if it’s more of a rude awakening.

And what do college grads think?

That’s a story for another time.