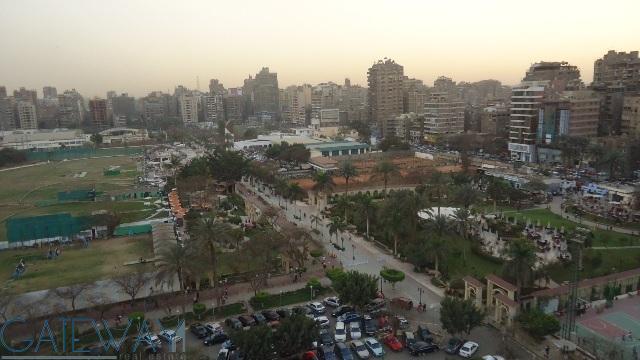 Let’s travel back in time to the days when kids used to actually spend their time at sporting clubs instead of clubs. Clubs meant a whole lot to us; it’s where we used to hang out all the time. In my case, the Shooting Club was where I spent most of my childhood years. If you did too, you will definitely relate to the following:

1-Studying at the New Building

If you’re a Shooting Club member, you would definitely recall studying at the New Building alone or with friends. It was a breakthrough when they eventually installed a wireless network.

2-Everything is on a budget

Whether having lunch at the Shooting Lodge, drinks at the New Building or La poire, you could still do it on a budget. Eating and drinking all day till night time cost us no more than 20 LE.

Yes, it’s a huge part of our memories; it’s literally symbolic of the whole club. We would always go grab a sandwich from there whenever we were hungry. If you played sports and participated in competitions, you’d be dying to finish so you could have your treat, a hot packed meal from Bon Apétit. Sadly, it’s no longer there.

This is where all the cool people hung around.

They used to be kind of “mysterious.”

I will never forget the bowling and billiard competitions my friends and I used to have. We would then happily go have pizza from Pizza Hut, which is gone now. On the good side, though, we now have an indoor pool instead.

8-Making calls from the ‘Central’

If you were pre-mobile phones then you’d definitely remember going to the New Building, where Twinky is now, to make a call from the central.

Yes, it’s nothing fancy but don’t deny that you bought at least socks and DVDs from there.

Ramadan would’ve never been the same without the club. Batata and Dorra were sold everywhere. In “kheyam” Ramadan, an oriental band -a.k.a.takht shar2y- used to perform; shisha and sohour meals were served. These, too, don’t exist anymore.

Muslim or not, you just had to attend Eid prayer at the club. Even if you never set foot in the club, you would still want to attend the Eid prayer there. It’s where you get to meet everyone before going out with your friends for breakfast later on.