It’s no secret that men deal with pain, especially emotional pain, in the opposite way of how women do. This leads women to think that men are incapable of feeling pain, but this is just far from the truth. The difference is mainly linked to the “Holding the Steering Wheel Myth”; men have the urge to be always in control. And since emotions are an uncontrollable field, showing pain is perceived as an act of weakness. Needless to say, that this perception disparity is translated into different reactions while dealing with emotional pain. So here are 8 ways men deal with heartbreak that don’t deny their ability of feeling pain:

Guys would rather not talk about it at all

Unlike women, men don’t spill out every single detail about a painful situation to their mates, no matter how close they are. Guys will just skip the “awkward emotional part” talk and they will focus on maintaining their strong image in front of their guy friends. This stems from the fact that women are better than guys at expressing their feelings; they are willing to spend hours and hours talking through things, analysing them and digging deep to actually figure something out. And not to mention the social stereotypes that men never cry, whatsoever!

The obligation to get over it

Due to never talking about their emotions and pushing bad feelings in the background, men feel the obligation that they need to move on way too fast, without taking the convenient amount of time to heal. This is interpreted in having rebound relationships after breakups. It’s a normal inclination to try to find someone else to replace the loss, even if they’re sure they are not over their exes. It’s a “fake it till you make it” strategy. Moreover, the feeling of being desired does good to a man’s ego, especially if he was not the one ending the relationship.

You know how after a breakup, the female partner breaks down right away whereas the guy holds it together and seems great dealing with it, that’s probably due to the emotional lag. According to a study by Binghamton University of New York, guys don’t feel as devastated as women in the first stages of breakups; it takes them more time to realize the loss. So after women go through all the stages of being miserable and managing to process it, guys experience the downs when women are finally about to move on. That explains why men try to contact their exes just in time they are over them.

They feel anger instead of depression

Due to the holding back, never admitting and faking being normal, men feel anger instead of depression and anxiety after heartbreaks. That’s why in order to tease their exes, they sometimes tend to do something stupid that their ex-partners didn’t approve. It’s like paying them back for how they made them feel. We can say that the childish side takes over in that stage; you hurt me, I hurt you.

And cry it all out when no one is looking

Not talking about it doesn’t mean that they don’t experience emotional break-downs! Believe it or not, many guys lose it and burst into tears after breakups, but only behind closed doors when they are alone and nobody’s watching. Nothing wrong in tearing up over a lost love, that’s the most painful feeling anyone can experience. But unfortunately, most men feel that they have to wear a strong face and act as if they don’t care enough to shed a tear.

The main difference between men and women is that women are mostly emotional creatures, while men are more rational. So in the post-breakup stages, the more emotional partner always tends to overthink and overanalyze the situation with all the “What ifs” and “What could’ve happened”, while the rational partner starts to wander “What’s Next?” This doesn’t mean that men do not care enough, or weren’t really in love. It only means that their heads always win the battle against their hearts; they start to search for logical reasonable ways to minimize their loss.

After ending a romantic relationship, a guy would cut off every channel of contact with his ex. Yes they will delete, if not block, their exes from every social media account they have, delete their chats, messages, pictures and everything that can remind them of the pain they are experiencing. As cold as it sounds, this is their technique to get over it and regain their emotional sanity. They don’t want to be reminded of their loss, not even through social media. It’s going to be like the relationship never existed.

A burst of productivity

In order to keep their minds off, guys will use their energy after a breakup in order to be as productive as ever. Maybe going to the gym, having another job or going to that Spanish class he always wanted to take; this will make them feel good about themselves by redirecting their energy to the tasks they’ve been procrastinating about. That’s a good way to cope in the short run, but swamping themselves with activities only to cover the pain can lead to disaster later on.

In the end, it is important to admit that men and women have very distinctive natures, physically and emotionally. When it comes to heartbreaks, there is no question that both parties experience severe pain, but it’s every man on his own. So never underestimate someone else’s pain and know how to respect the strategies they adopt to overcome it. 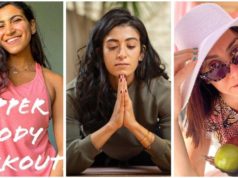