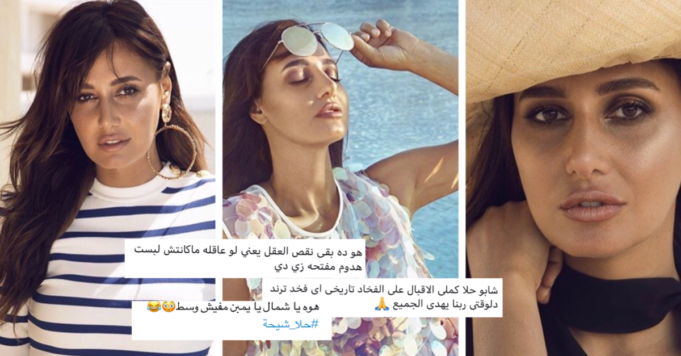 Egyptian actress Hala Shiha recently had a photoshoot go viral. But while some people were in awe of her beauty and style, others haven’t stopped talking about how ‘inappropriate‘ it is.

Everybody already knows how Shiha retired back in 2007. It was like the actress disappeared off the face of the earth for over 10 years.

But when she made her long awaited and unexpected comeback in October 2018, a not so little number of people started shooting daggers at her because she took off her veil and had a photoshoot with her hair down for the first time in a decade.

That’s in addition to her comeback debut role in Mohamed Ramadan’s 2019 series “Zelzal“. As some people did not only take this as a downgrade, but also a very questionable choice.

Needless to say, when we closely looked at the most recent photoshoot the actress did for Egyptian magazine 7ayam, there was absolutely nothing ‘inappropriate‘ about it.

However, some media outlets still reported the ‘news’ with some really questionable headlines.

Like “Hala Shiha does a new hot and daring session“, for example. And we really had a hard time trying to understand what’s ‘daring’ in a woman posing for pretty pictures in decent outfits.

Looking at some social media reactions, as always, there were some people who found the actress really pretty. And the main reason they even cared because a lot are genuinely happy she’s finally back to the scene.

That being said, unfortunately, if you think about it, the only reason the other party criticized the very ordinary photo session is because the actress was once a veiled woman. 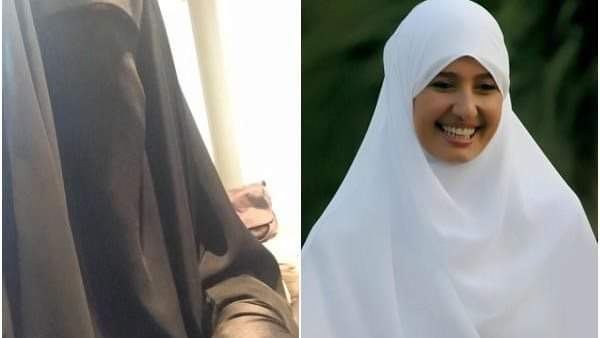 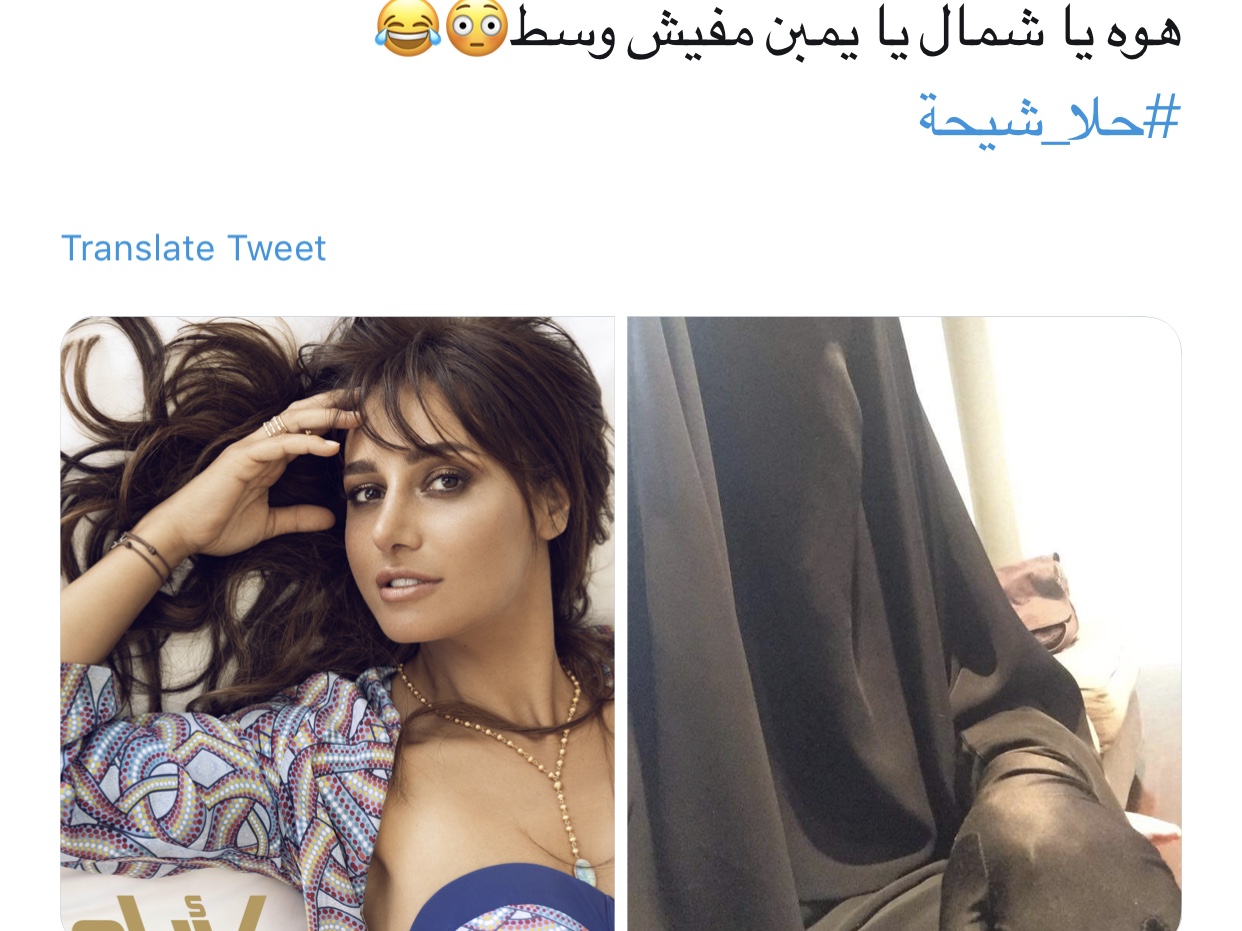 It’s no surprise to anyone that Shiha retired from acting and the whole entertainment scene for about 10 years, right after she got married and put on both the veil then the niqab.

Which is why everybody naturally linked her retirement to turning religious and finding God…etc.

Yeah, fine. Maybe that’s the reason. That could really be why she left it all behind. But, there are also a hundred other million reasons nobody knows anything about, and none of them concerns us.

It’s true we report on celebrity news, and it’s no lie they are always under the microscope and are ten times more exposed to harsh criticism for anything they do, more than anyone else.

But why is a woman’s body always up for debate? Why is this not ending? Why is it when a ‘hot‘ male Egyptian celebrity does a half naked/shirtless photoshoot, it’s fine and everybody swoons.

However, when a once veiled woman – or any woman, for that matter – is trying to retrieve/show off her femininity in photos like any human being, she’s automatically called names for it.

Not to mention that although what’s currently happening with Shiha ain’t at all new for our society, the backlash she’s receiving is coming from a different direction this time.

The one where a lot are seeing her as an obnoxious rebel who lost her religion just because she decided to take off her hijab/niqab, act and take some photos.

That’s apart from the assumptions that are going on about her having some kind of a mental illness or a personality disorder that’s leading to all the ‘shocking‘ actions.

We don’t know about you, but we do certainly believe that any human being’s relationship with God/religion is just theirs. It’s neither up for debate nor a tool of judgement. 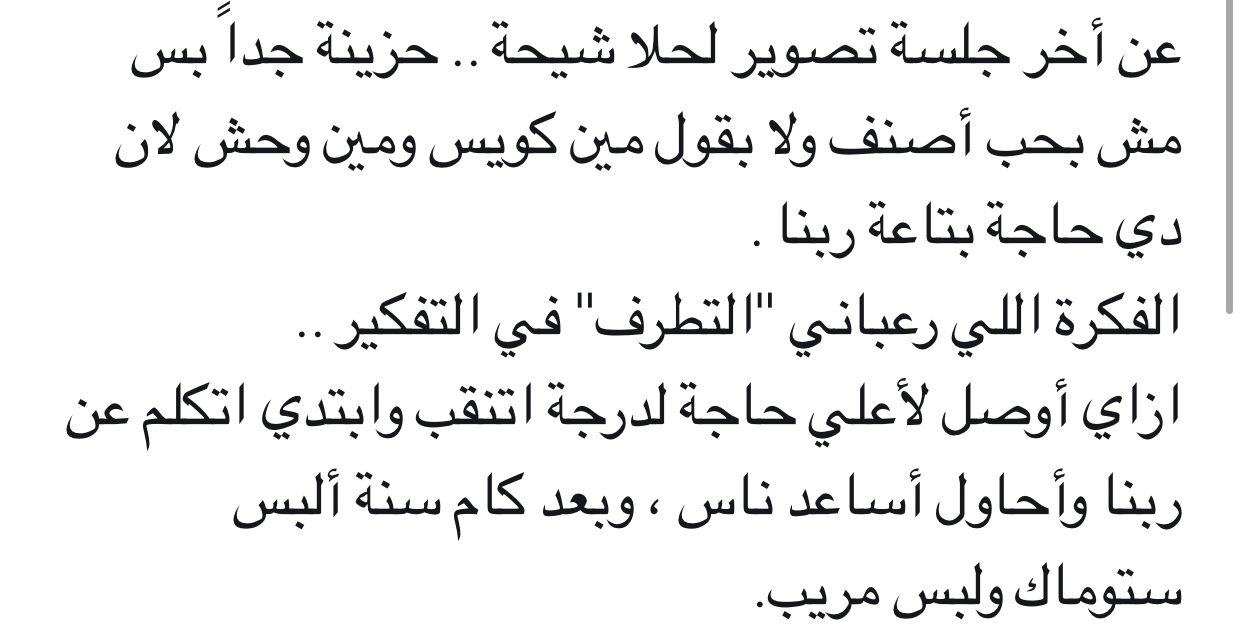 Because simply nobody knows what goes on in people’s lives. And her being a public figure doesn’t automatically mean we know what she thinks, who she really is or what she went through.

So before you decide you’ve lost respect for a celebrity whom you don’t even know because of their attire and life choices, just rethink yours first.

We honestly just need to learn how to accept all kinds of different people. We also need to stop making all the nonsense assumptions and start realizing that people go through life and change, because that’s how things usually are.