Identity Magazine
Home Trending Hala Shiha Speaks Out About Plastic Surgery, But Did She Really Have...
Facebook
Twitter
Google+ 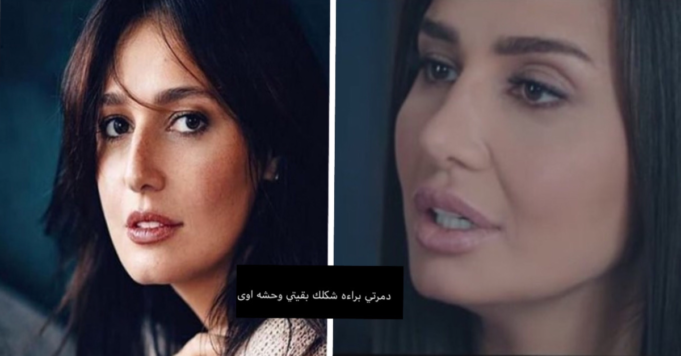 On Friday, June 19th, Hala Shiha was Wael El-Ebrashy‘s guest – and it seemed that he had to open up the subject of her plastic surgeries; considering that the topic was so unrightfully the talk of the town in Ramadan 2020.

The actress admitted that she wanted to try something new even though she never really put much thought into plastic surgeries before. However, she ended up going for it recently and now she spoke about why she regrets it.

We honestly have to say that her even speaking out about something so personal is really brave of her and we respect that. However, we don’t understand why would anyone have an opinion on someone else’s face or body?

We were confused as to why El-Ebrashy had to bring up the subject to begin with. But it’s a bit understandable given that it was the talk of the town at some point a couple of months ago, as we mentioned earlier.

That being said, the cyberhate Hala Shiha had to endure while “Kheyanet Ahd” was being aired in Ramadan, was just too much. Not because of her evil character, of course; because that was a funny story on social media – and only proved how good her acting skills are.

However, the cyberhate originally derived from a picture that was going viral on all social media platforms; closely showing the fillers Hala had injected in her face. And the reactions to that picture were, needless to say, awful. A lot even took to her Instagram account to comment on the matter under her pictures.

What we want to highlight is that you don’t always have to agree with what other people do in their lives – especially if those people are celebrities because they’re subject to public opinion, but having one on the way they look and purposefully hating on them for it is just absurd, to be honest.

Whether you believe in fillers and plastic surgery or not; a woman is basically free to do whatever she may please to her own body and her own face.

It’s true that the actress admitted that she now regrets it and doesn’t like the way she looks because it doesn’t suit her, still, that doesn’t give anyone the right to leave hurtful comments under her Instagram posts. There’s a fine line between hate and constructive criticism.