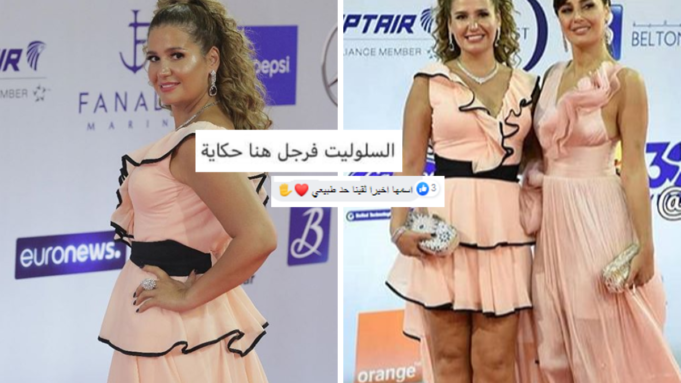 As we embrace our natural curves, we can see that our society is becoming more accepting as time goes on. Everyone from Engy Wegdan to Amina Khalil to several regular people online have added to that conversation about body positivity.

This year, though, Hana Shiha added her own take without saying a single word. She just did.

Hana Shiha Is Embracing Her Body, Cellulite and All, and You Should Too.

When “Before the Summer’s Crowd” premiered, Shiha and her swimsuit were all that anyone talked about. Naturally, it had a lot to do with the fact that she was stunning and pulled it off.

Away from the cinema and its editing, though, Shiha has a regular body just like the rest of us do. A body that isn’t one-hundred percent airbrushed and edited. It’s also a body that can have cellulite and even discoloration.

A similar message had been and accepted after being shared by Demi Lovato recently on Instagram, but the reactions Shiha had recieved spoke of a different story.

Her answer, though, was better than any comment you’ll ever hear. See, she hadn’t even responded because she doesn’t need to.

Yes, not to sound like total cliches, but the lack of an answer is sometimes an answer enough on its own.

To Herself, Shiha Was Just Going Out and Having The Time of Her Life.

To many women and girls and anyone who doesn’t feel okay with their body, Shiha is showing us that the edited bikini model standard society will want from you isn’t reachable and that’s okay.

Your actual body is beautiful and natural and real. Not only is Shiha expressing that, but she’s also showing us that a ‘fault‘ is only a fault if you let it be one.

Before you tell us we’re reading too much into it, we’d like to mention that we’ve all seen how society works and how rude people can be with their opinions.

As an actress, Hana Shiha probably did too on an even wider scale and guess what? She still wore the dress.

Sometimes, change can be as easy as a change of wardrobe. We hope more people will join the body positivity movement.