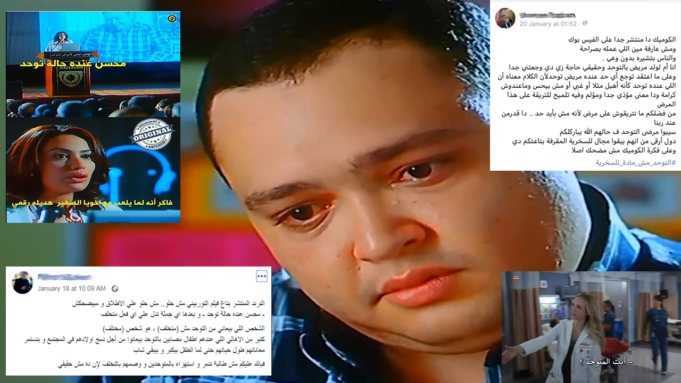 Many comics have been going viral on social media in Egypt lately making jokes about people with autism. The comics claim that autistic people are dumb or have no brains. 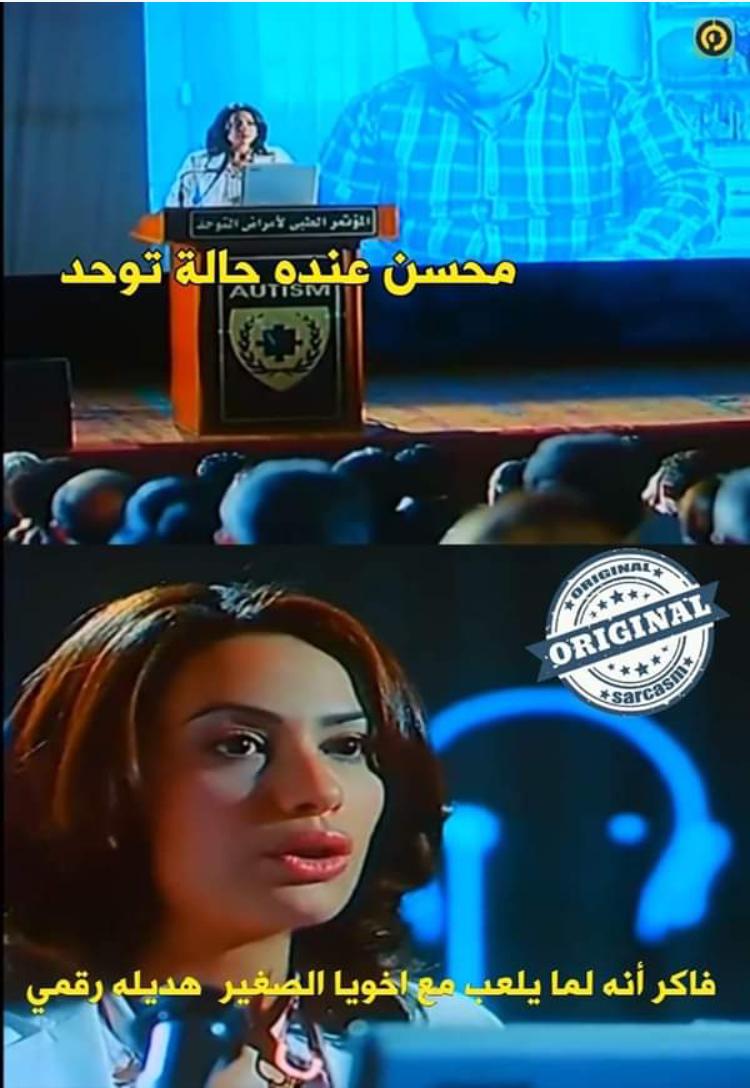 Which was highly hurtful to parents of children with autism. 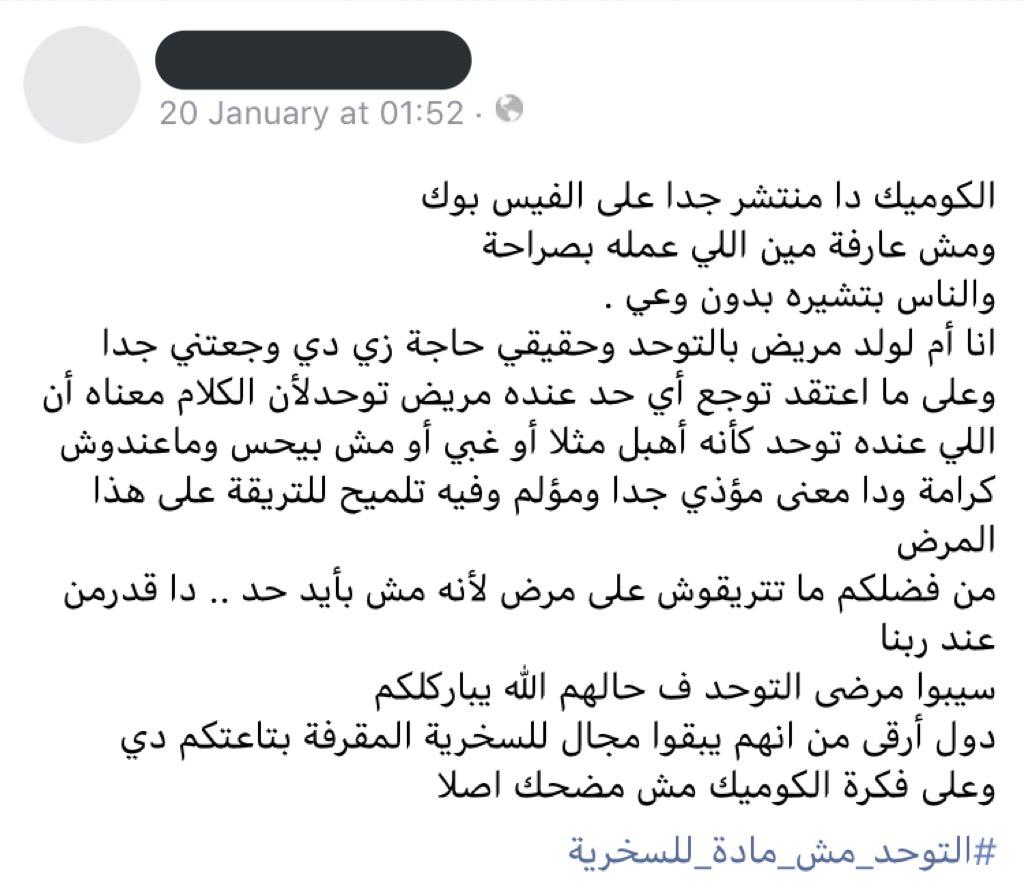 We also think it’s inconsiderate and unacceptable so we decided to take a stand and raise awareness about Autism Spectrum Disorder.

Autism Spectrum Disorder is a complex disorder that affects the brain’s normal development of social and communication skills. Autism’s symptoms vary greatly, the condition is said to exist on a spectrum.

The common features may include: different social interaction, verbal and non-verbal communication, problems processing information from the senses, and repetitive patterns of behaviors.

People who have autism may seem distant and can’t keep eye contact.

There is no certainty of what causes autism so far, but researches link it to the factors that influence the expression of genes.

Many people don’t understand that not all autistic people have the same patterns of behavior, and that they’re just regular people with a special condition.

Not All autistic people are geniuses!

Many movies and series have been going on and on about how autistic people have special gifts, like the movie El Tourbeny which is taken from the American movie Rain Man. The main character of the movie can count in an instant and has incredible memory and calendar calculation. This can put on a lot of pressure on autistic children or parents with autistic children. It makes them feel like they must be special in a certain field or have some supernatural powers that are just waiting to be discovered.

In the movie The Good Doctor, the main character is an amazing surgeon.

In reality almost .05 per cent of the autistic population has an extreme talent or genius-level gift (no one knows the precise figure, but this is an estimate by the National Autistic Society).

Autistic people can be nice and caring!

Why are they being perceived as selfish or uncaring? Yes, they may have special ways of showing emotions. But that doesn’t make them completely unable to show them.

They don’t lack feelings. They want to have friends and value friendship just like any other person.

The movies Forrest Gump & My Name Is Khan actually stressed on that point more than once.

The movie can’t be taken as the only reference for autistic people. It’s the only one ever made in Egypt depicting Autism Spectrum Disorder. Why are we neglecting a decent representation of autistic people? Parents who discover they have an autistic child usually expect them to be like Ahmed Rizk in El Tourbeny which is not the case. There’s a whole spectrum of symptoms, not just the ones featured in the movie.