The death of Dr. Heba Khafagy is going viral on Twitter and Facebook. People are mourning her death and praying for her all over social media. They all seem to agree she was a wonderful person and a unique doctor. We want you to know who she was and why her death caused so much pain. 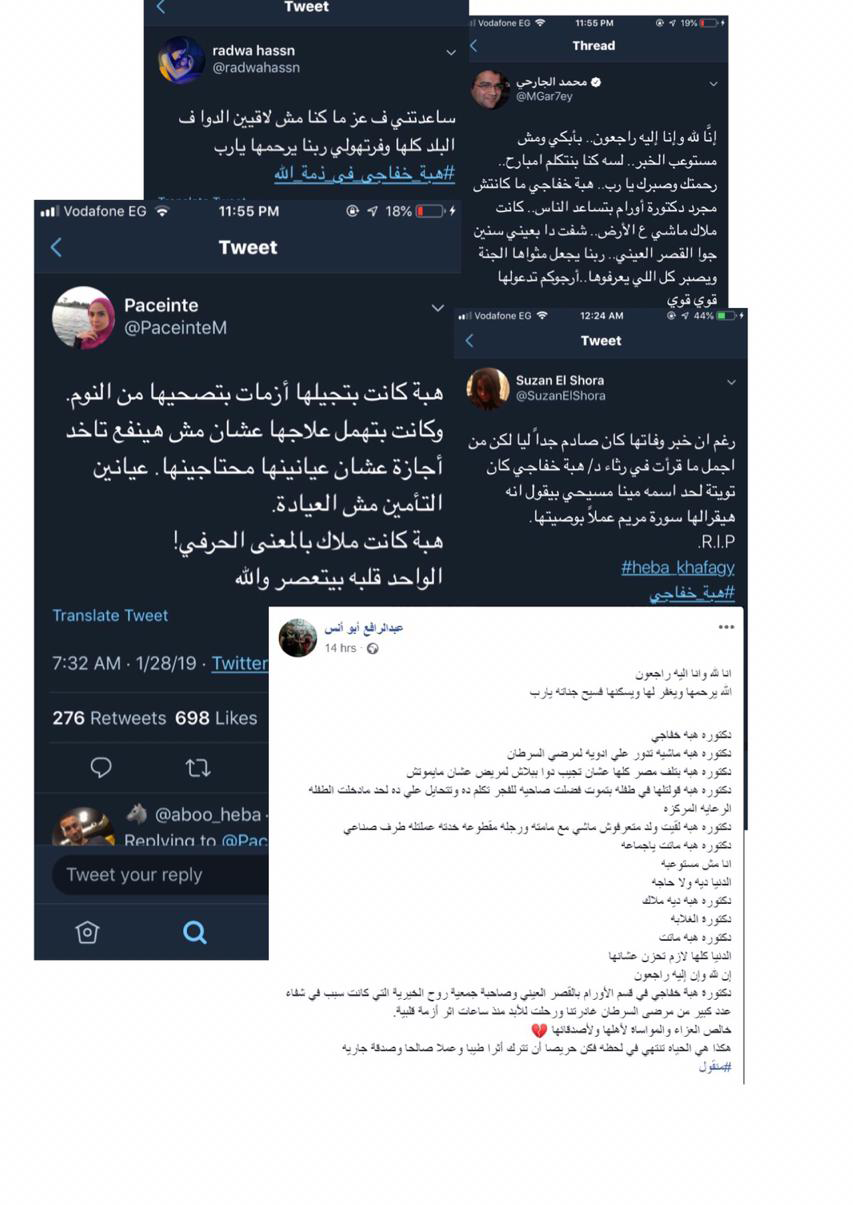 Is a doctor in the oncology department at Kasr Al-Aini Hospital. She’s also one of the founders of Spirit (Rouh) Charity Association. 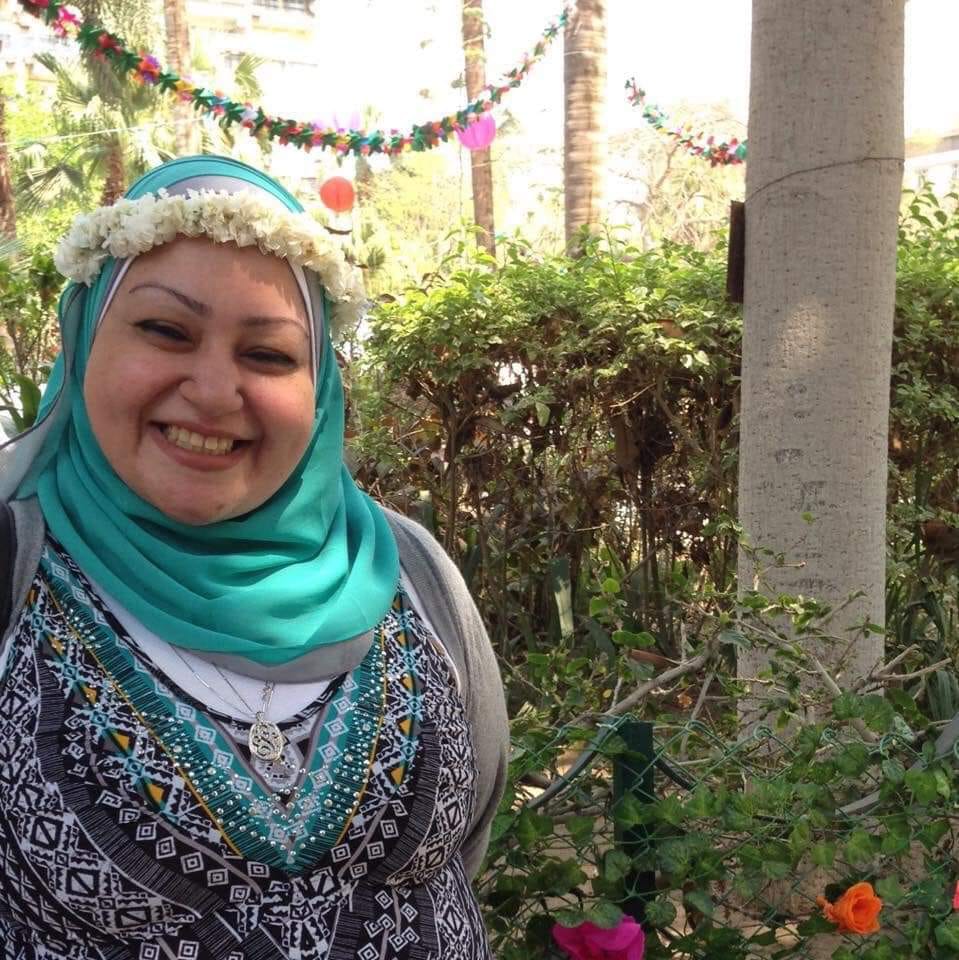 But not just that

She also helped millions of poor and needy patients get medications they can’t otherwise afford or find anywhere. Her door was always open. According to those who knew her, she would never say no to anyone who needed her. Whether late at night or early in the morning, she was always available. 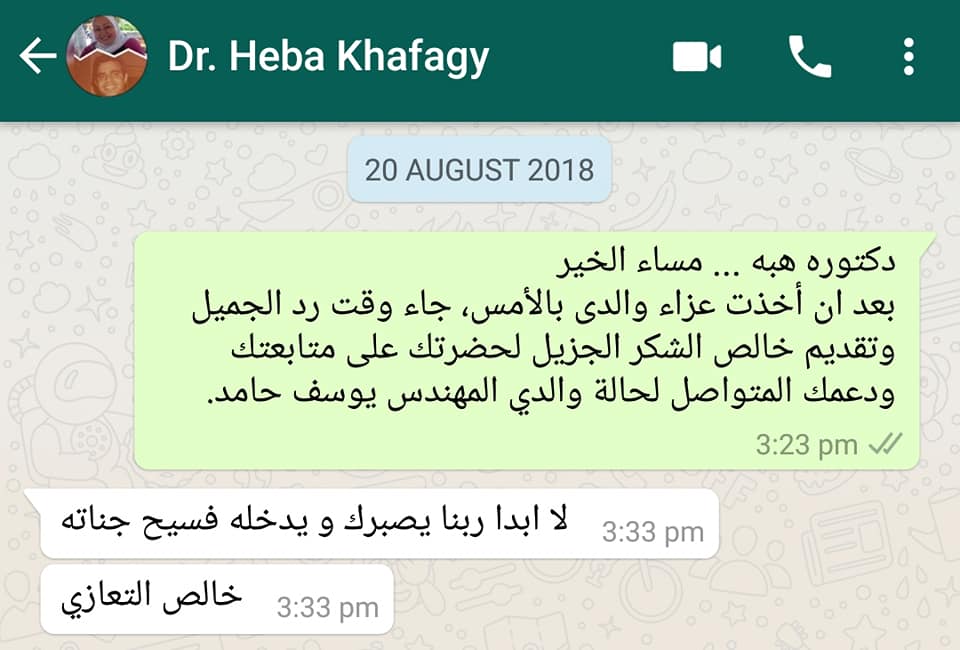 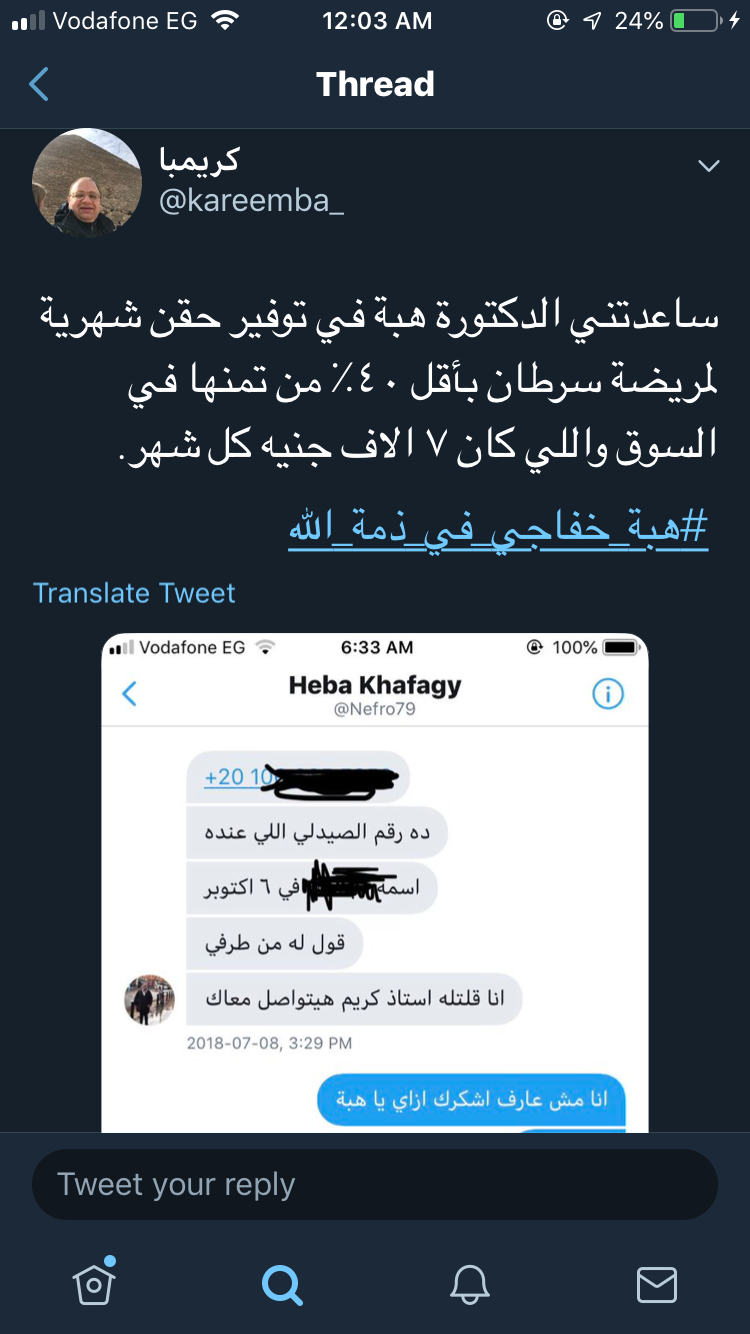 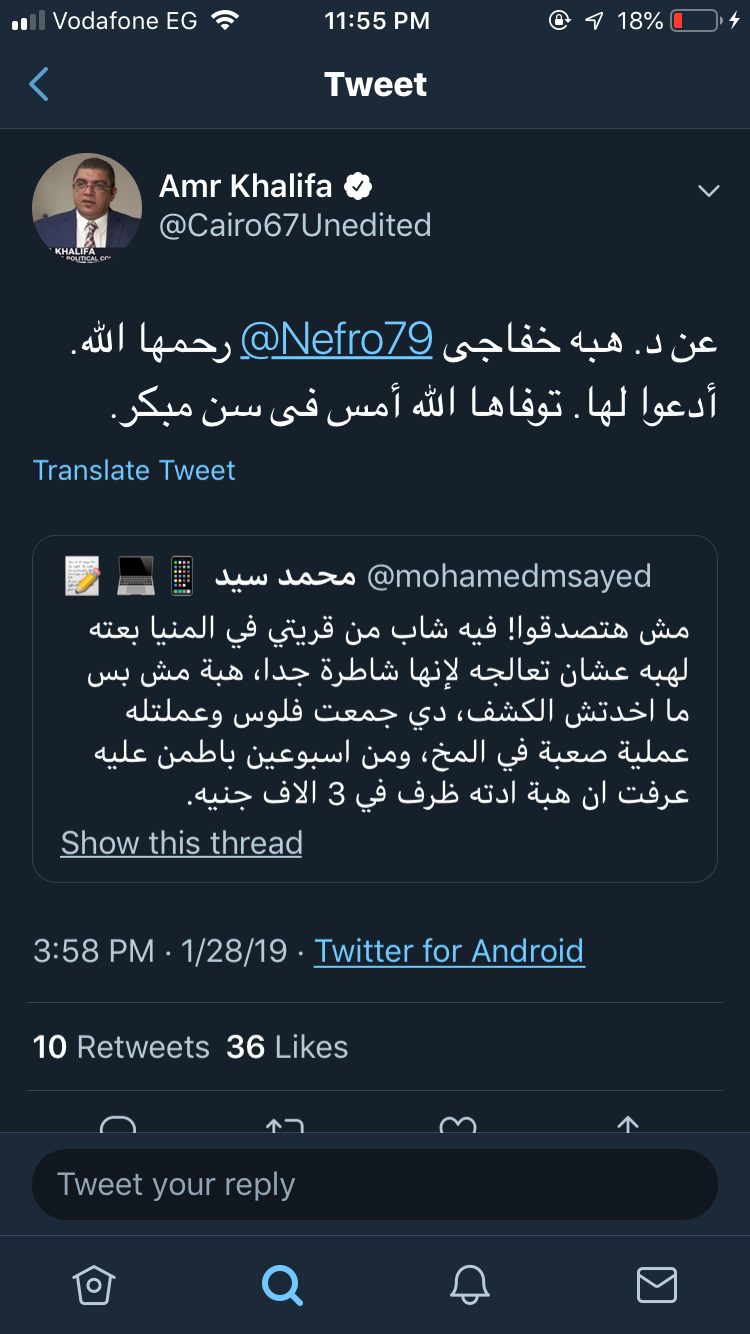 Even officials started mourning her death

Nawara’s Office for Research talking about how she was always smiling and helping everyone. 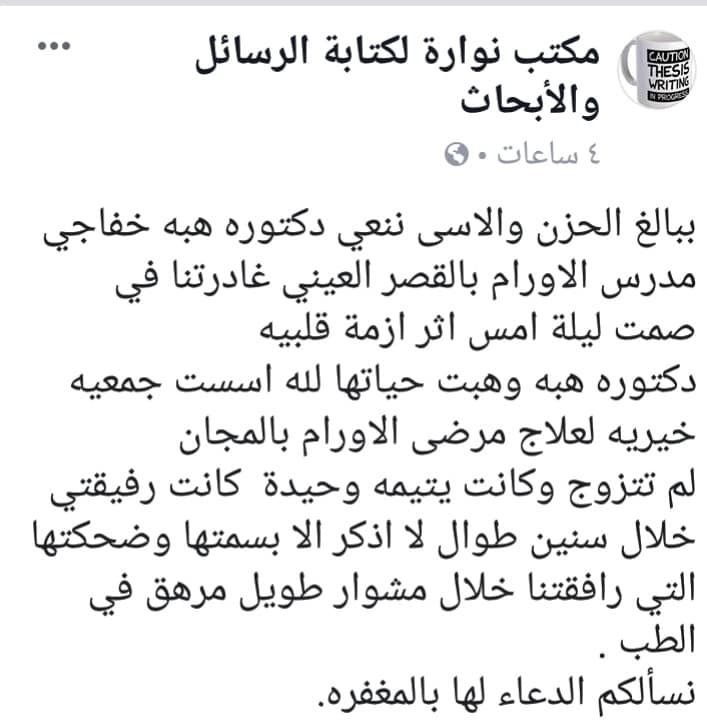 Head of the National Cancer Institute and Breast Cancer Hospital told one of her colleagues, “I don’t know if I should condole you or myself.” 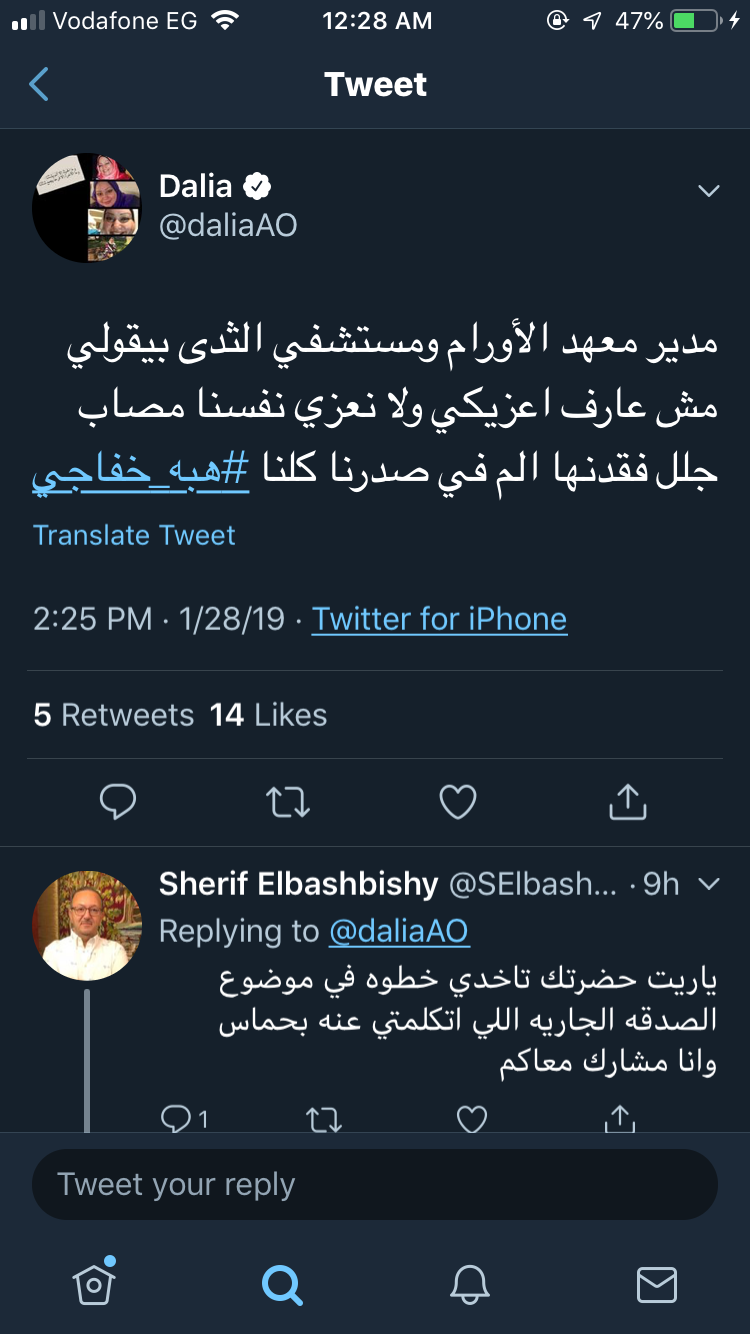 25th of January Hospital issued a press release mourning her death…mentioning her long path of serving patients devotedly, and her contribution in developing the oncology center. 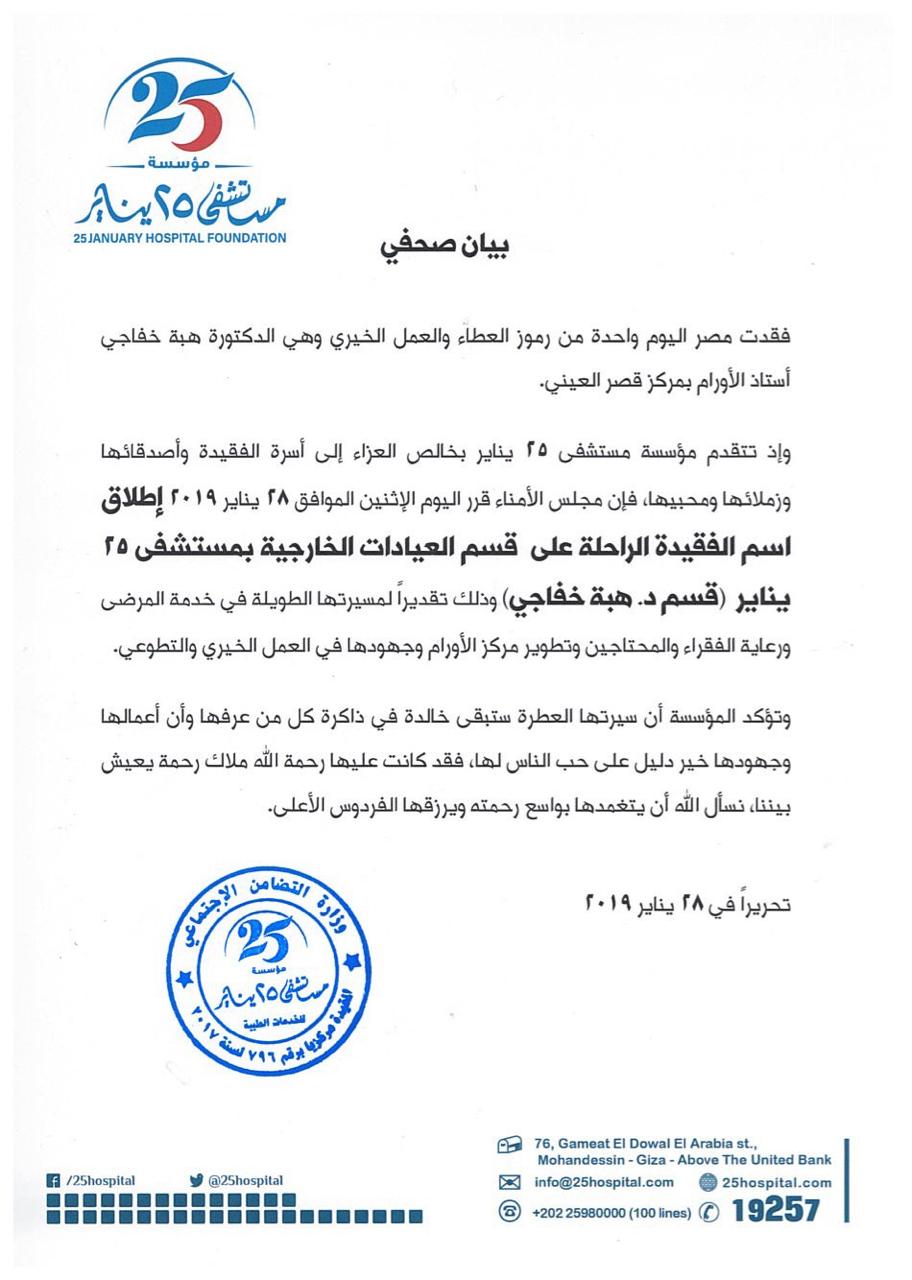 She had also turned her Twitter and Facebook accounts to platforms for helping others; providing lists of medications and medical devices that are hard to find, and fighting to treat patients with chronic diseases.

Her holidays were different

While everyone would search for places to travel during the holidays, Heba would encourage people to visit sick kids in Abu El Rish Hospital. she would buy them balloons and candy and take pictures with them. She believed they too deserve to spend the holidays happily, and illness shouldn’t stand in the way of that.

Heba would fight to provide rooms in intensive care units for patients who can’t find free rooms, doing everything she can to provide places for them in hospitals.

She would also buy prostheses for people who need them.

Celebrities are also mourning her death

like Abo Treka talking about her efforts for cancer patients, and praying for her. 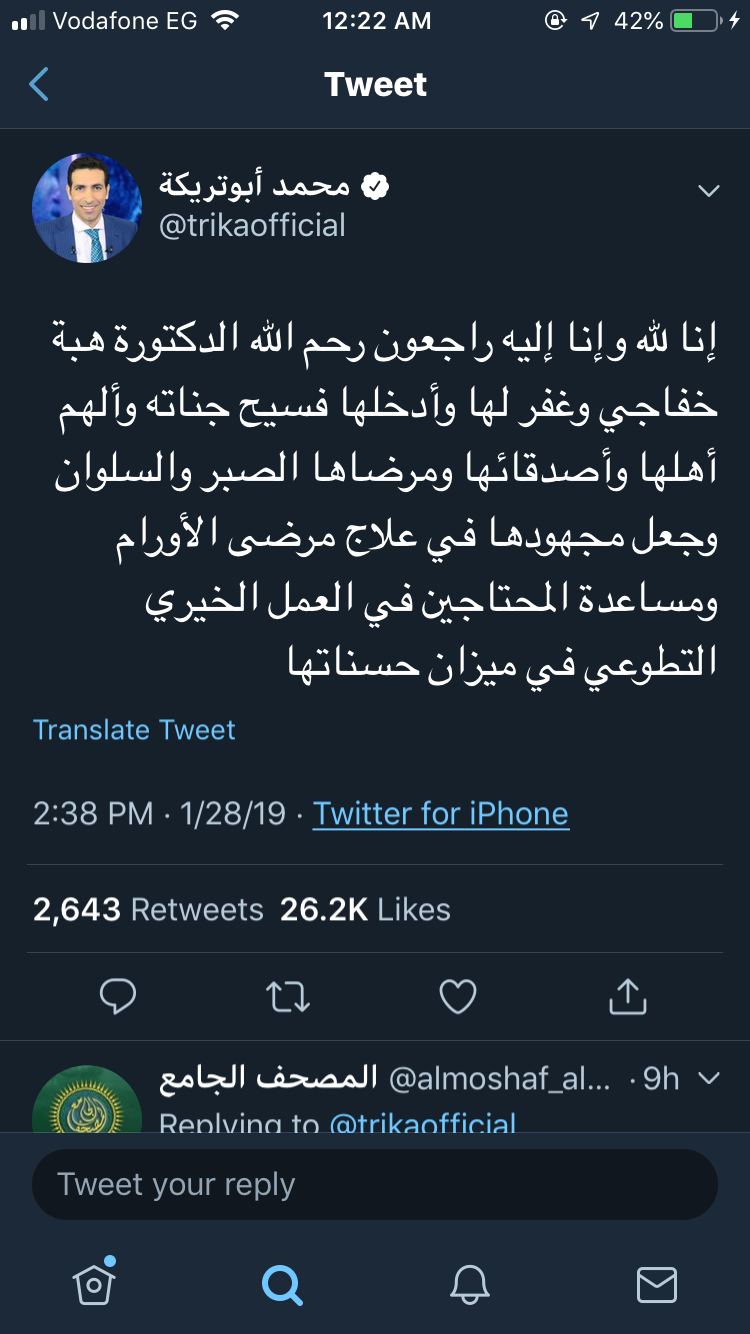 Nabil El Halfawy talking about her shocking death, and how that ached so many hearts.

The stories after her death made people who don’t even know her talk about her and pray for her. She set a great example of how a devoted doctor should be. Her charity work and efforts will live forever. May you rest in peace beautiful angel.