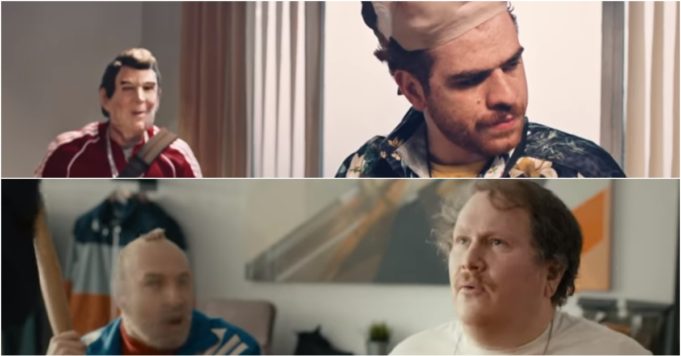 A few days well into Ramadan after most brands have already started competing in displaying what they prepared for Ramadan commercials, the National Bank of Egypt (El-Bank El-Ahly El-Masry) joined in the race and released their latest TV commercial for their electronic or ‘people-less’ banks.

Upon its release, the ad initially grabbed attention and earned the public’s praise for being unique, creative and out of the box.

However, not for long…

The concept is “stolen”?

Soon after the ad’s release, people started sharing another commercial ad video of an application called Lightspeed that showed a striking similarity to the NBE commercial.

Since the Lightspeed commercial was released almost a week before the NBE commercial, it wasn’t long before rumors about the idea of the ad being stolen started circulating online. Accusations of intellectual property fraud started rising.

The ad’s reception went from praises to accusations of theft in just a few days; which is ironic for the ad’s concept.

So naturally, they had to speak up sooner or later…

At first, the creators of the NBE ad remained silent. However, due to the intense criticism and strong accusations, they decided to speak up.

According to the creative team behind the NBE commercial, this is nothing but a horribly and timely sad coincidence.

To prove their claims, they presented screenshots and documents stating that they presented their idea, got it approved, and executed it prior to the Lightspeed ad which was released on April 1st.

January 16: The idea was presented and approved.

During March: Commercial was prepped.

According to the same post, the Lightspeed ad was released on April 1st. Through common sense, there was no way for them to replicate the idea and release it within 10 days.

Most of the members of the creative team released the same statement, attached with it the same screenshots of client approval and link of production brief to support their claims. All in their attempt to clear their names and clap back at all the supposedly else accusations.

But what can we believe?

The jury remains out on the originality behind it, and it is up for you to decide. However, we all have to admire the work this collective team has done on this ad; creatively and execution-wise.

However, the fact right now remains that the ad’s execution alone is admirable and worth the applause.

More importantly, it did connect with the people and gave them the entertainment intended behind it. All while fulfilling its purpose of promoting NBE’s new electronic banking feature.

So all and all, this commercial is a success, regardless of the side talk and backstage conversations. To us as viewers, this is basically what should matter most.